A woman who can wield a weapon like a song and her voice like a weapon. A man who can out-think any problem. A pilot who can outmaneuver the best of them. Lahra, Max, and Wheel live and work aboard the Kettle, salvaging artifacts from dangerous galactic ruins to keep scraping by.

But those artifacts can unlock an ancient power which threatens the iron-fisted rule of the galaxy’s imperialist overlords, the Vsenk. To protect their dominion, the Vsenk have humbled entire civilizations. They eat ships like the Kettle and her found family for breakfast.

Lahra, Max, and Wheel are each just trying to get home to the lives they lost, but they’ll have to evade space fascists, kick-start a rebellion, and save the galaxy first to do it. 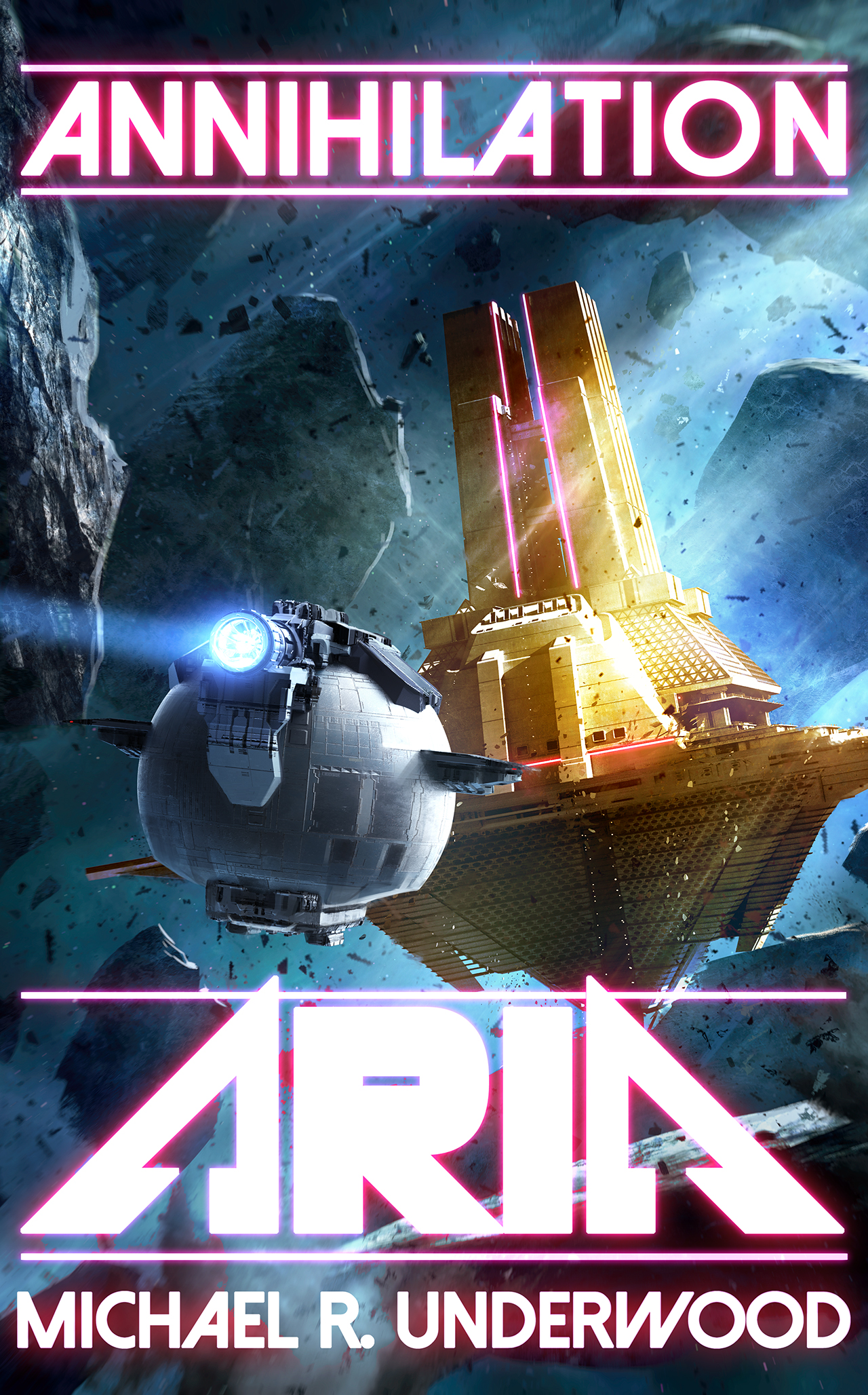 Let me cut to the point: Giant Space Turtles.

The Drell in Annihilation Aria are not *technically* turtles, but they’re turtles. Giant space turtles. And I love them.

This is space opera, where emotional storytelling comes first and “because it’s cool” is a valid storytelling motivation.

When I started developing the novel, I built myself a trope wish list with a bunch of things I love in space opera/space fantasy.

And since I’d recently made my first visit to Baltimore’s National Aquarium and saw Calypso the turtle (she has since passed, alas) with my own eyes, giant turtles won the fight in my imagination for “what kind of megafauna?”

Having them be turtles also made for fun bits of physical worldbuilding, like the idea that the city on the back of the Drell’s matriarch would have hills and valleys due to the bumps of her shell. And that it let me implicitly reference the stories in world mythology where the world sits on a giant turtle’s back.

The Drell also serve another purpose – they’re an example of a community that has resisted conquest/subjugation by the Vsenk Imperium. While the Vsenk themselves are five-plus meter tall super-soldiers that can strap on a jetpack and fight a small warship one-on-one, the largest Drell are large enough to bite straight through a capitol-class ship. So while the Vsenk control countless planets and dominate space with their fleet, even they watch their proverbial step around the Drell.

In a novel where I feature a married pair of adventurers jetting around a dangerous galaxy with suppressed history, ancient temples in forbidden sectors, battle-songs, many-limbed super-soldier tyrants, and a wrecked colony ship-turned cosmopolitan city, giant space turtles is just another way of making an interesting setting and playing with the same types of tropes from works like Guardians of the Galaxy or Mass Effect.

The Drell aren’t the main characters, but they are important supporting cast members, and the city on the matriarch’s back is one of several Cool Locations for the characters to visit during their adventure. I could absolutely have written the Drell as 2-meter-tall turtle-people with a nomadic fleet of ships, but it was more fun to have them be dozens to hundreds of meters long themselves and to make up the fleet with ships following in their wake and buildings attached to their backs.

I could have justified including the Drell just because I thought they were cool, but the more I thought about how they could fit into the novel, the more they became not just exciting megafauna that add color around the edges, but a substantial part of the setting and plot.

So yeah, you get Giant Space Turtles in this one. Everyone wins.

I’ve circumnavigated the globe, danced the tango with legends, and I know why Tybalt cancels out Capo Ferro. I also roll a mean d20.

I live in Baltimore, MD, with my wife, our dog Oreo, and an ever-growing library. I’m also and a co-host on the actual play podcast Speculate and a guest host on the Hugo-nominated Skiffy and Fanty Show.

Before I became a writer, I spent six years in academia, earning a B.A. in Creative Mythology (through the Individualized Major Program) and East Asian Studies from Indiana University and an M.A. in Folklore Studies from the University of Oregon. What that means is that I’m professionally qualified to geek out about mythology, Chinese and Japanese History, and Folklore (anything from mythology to internet memes).