Steven H Silver is joining us today with After Hastings. Here’s the publisher’s description:

After Hastings is an alternate history in which King Harold of England defeats Duke William of Normandy in 1066. When the pope refuses to acknowledge that Harold is the rightful king of England, Harold brings a Scottish monk to England to break England away from Roman control and return it to what he believes are England’s natural roots in the Celtic Church.  After Hastings follows the political, religious, and military impact as England attempts to create a Reformation more than four centuries early. 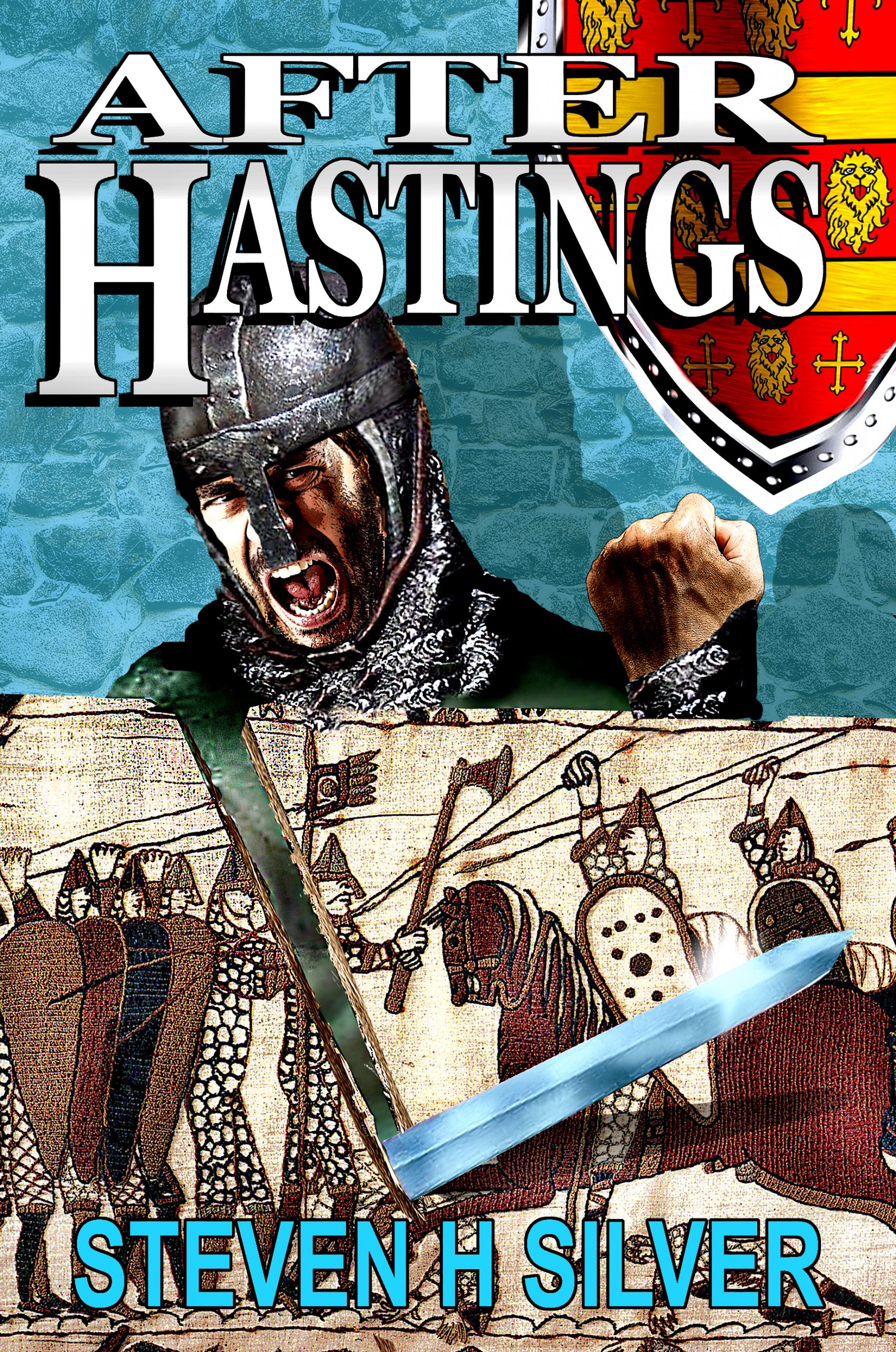 When I lived in England in 1987, I lived in a small village located about 100 miles north of London.  The nearest town of any size was Grantham, best known at the time as the birthplace of Margaret Thatcher. When I decided I wanted to show the impact of King Harold’s decisions on a small parish priest, I decided to include that small village, using its name at the time of the Norman Conquest, Heorlafestoun, and now called Harlaxton.

My village priest, Sweafred, was based on a character I had created for a Dungeons and Dragons campaign back in the early 1980s.  At one time, a Dwarf warrior priest, the only aspect of the character that really made the transition to After Hastings was his red hair, although in my mind, he is shorter than average and rather well-fed.

In the scene where I introduced Sweafred, I found the need to introduce a more educated priest, a man who could read and give advice to him. Enter Father Maegleas, a priest at Grantham’s St. Wulfram’s Church. Father Maegleas was full of surprises for me and once I introduced him, the character absolutely refused to do anything I had planned for him to do.  The fact that this character took on such a life of his own made him a pleasure to write, mostly because he was able to surprise me.

Although Heorlafestoun was a reasonably sizeable village in 1066, owned by Queen Edith with an estimated population of around 100 individuals and two mills, I took some liberties with the village. Swaefred serves his parish from St. Andrew’s Church, however no church was located in the village in the eleventh century.  It wasn’t until a century later that Harlaxton was able to build its first church, parts of which have been incorporated into the current church. The first known priest at Harlaxton served the village more than two centuries after the fictitious Swaefred: Gilbert de Segrave is recorded at Harlaxton in 1291. The current church is dedicated to Saints Mary and Peter.

About a mile to the east of Harlaxton is the town of Grantham, home to my fictitious Maegleas.  Grantham, also held by Queen Edith at the time of the Norman Conquest did have a church in 1066. Parts of the current church date back to the twelfth century, although there are believed to be some stones from the pre-Conquest Anglo-Saxon church in the building.

In the novel, the illiterate Swaefred receives a letter and goes to the literate Maegleas to learn what it says.  My sole intention was for Maegleas to provide the necessary information to Sweafred and then disappear from the novel. To ensure that happened, I even had Maegleas end the scene by suggesting that he was going to leave Grantham and make his way to Flanders.

You can imagine my surprise when I was working on a later scene and realized that Maegleas needed to interact with one of my main characters.  Maegleas’ re-emergence and the fact that he was still in England caused me to rethink portions of the novel, and ultimately made for a stronger book. And yes, I’m being vague because you already know more than I did, that Maegleas makes a second appearance.  I hope you’ll be surprised when it happens and feel that it is an appropriate action for his character.

Conversely, Swaefred does follow the character trajectory I had planned for him.  Desirous to remain in his village untouched by the greater events raging throughout England, he gets half of his wish.  From my point of view, keeping Swaefred in Heorlafestoun allowed me to revisit a place of some import to me and one which will always be a home away from home for me. (A modern version of the village also figures in my short story “Village Square.”)

In the grand scheme of the novel, Maegleas and Swaefred are relatively minor characters, although they both allow me to explore how the world shattering events of After Hastings impact the non-nobility. From a personal point of view, Maegleas allowed me to surprise myself while writing the novel and Sweafred gave me the opportunity to revisit a place I once called home. The fact that these two characters are tied to each other may be just a coincidence, but it makes places them among my favorite parts of After Hastings.

Steven H Silver is a seventeen-time Hugo Award nominee and was the publisher of the Hugo-nominated fanzine Argentus. He was the editor and publisher of ISFiC Press for 8 years. He has also edited books for DAW, NESFA Press, and ZNB Books. In 1995, he created the Sidewise Award for Alternate History.  His short fiction has been published in Helix SF, Galaxy’s Edge, Black Gate, Genius Loci, and Little Green Men—Attack!, among other places. Since 2008, he has served as event coordinator for SFWA.