Cindy Lynn Speer is joining us today with The Key to All Things. Here’s the publisher’s description:

Every day, Lady Avriel hears the bards sing about the greatest love story of all times, a heartbreaking romance between a human nobleman, Captain Edward de Vere, and the beautiful Queen of the Fae, who shattered his heart when she abandoned him to accept her throne. Avriel secretly longs for the sad and romantic captain as she works as a double agent, serving at both human and fae courts to keep the peace between the two kingdoms.

But for three hours every night she remembers a completely different world, where the greatest love story is a lie, and Edward belongs to her. She believes this reality to be the true one, even if no one else does. The world has fallen under a spell, and it is up to Avriel to find its source and undo it.

To set things right, Avriel must face the all-powerful Elder Fae and confront the darkest powers that rule her destiny – only to learn that if she proceeds, her actions will bring chaos and open her kingdom to destruction. Is this a choice she is willing to make to bring her love back? 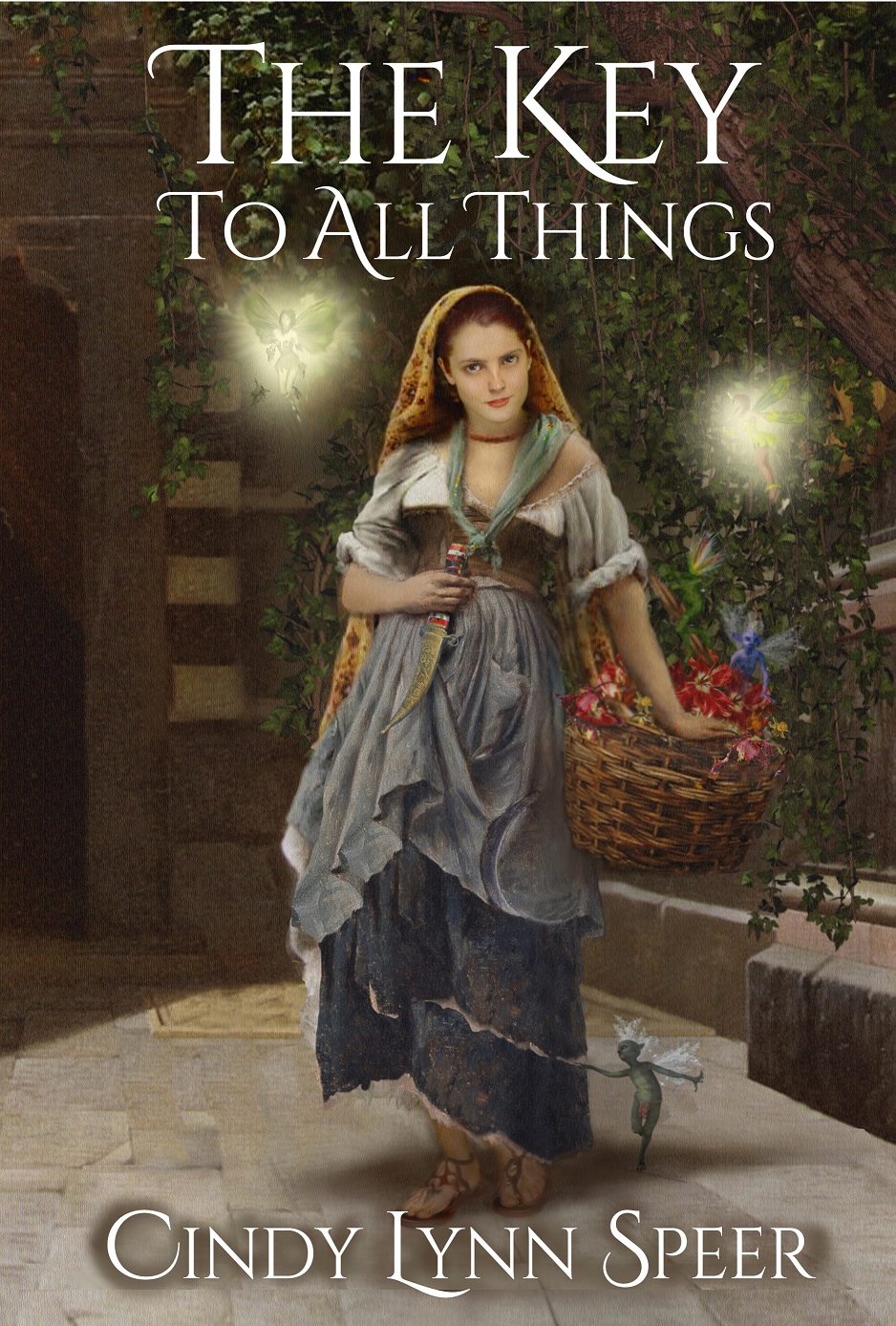 For years I have been three people.  I have been the fencer girl, the author girl, and the woman who is just trying to be a decent daughter and a good secretary.  The normal girl.  Normal girl also has to spend time keeping peace between the fencer and the author, because they want very different things and there is only so much time.

So, we get to the Key to All Things.  The author wants to write fencing scenes, the fencer is terrified that they won’t translate well, and all her cool fencer friends will read the book and think she has no clue what she is doing.  It’s a fear that has kept me from writing fencing scenes for years.

But, there is a scene, where Edward is fencing…and I talked about what I love:

Some people said that sword fighting was a terrible, terrible thing. That it was ugly and wrong, that dueling was a waste, and that only fools dealt with their life so lightly.

And perhaps, when caught, Edward would say they were right, because he knew that taking a life was a terrible thing, and that some day he would have to pay the price for what he had done, even though it was always in self-defense.

But that did not mean he did not enjoy the fight. Every parry, every step, looking at the measure and distance, controlling the tempo of the fight, even against an inferior opponent, filled him with a grim exhalation. He found his moment, and slashed the man’s arm open before turning the point of the blade to just in front of the man’s eye. He held it there, and waited.

“I’m dropping the sword, alright? I don’t want to die.”

“Are you sure?” Edward asked. “It’s really no trouble.”

Even now I look at that I and I am like…someone who does not live inside my head is not going to think this is a really good example of what I am getting at.  But it was a moment when I didn’t describe much in the way of action…but what it felt like.  Why I love fencing.  When I pick up the sword, it fills me with a fierce joy.  And for a moment, my warring factions were one, speaking through my character.  When I read it objectively, even I don’t know why it makes me so happy, but when I just read it for the pleasure of reading it, I do.  Even when I feel down about my fencing, I read this, and I remember that it is not, really about the winning, but about the duel itself.  (Edward, though, likes to win.  But he also likes staying alive and keeping his reputation – for him, reputation is a shield, a path to a better life.  So I can sit in my sunny field and laugh with my friends, and if I have a bad day, oh well.  Edward’s bad days tend to have consequences.)

There are some other fighting scenes, and it was fun, to see how one could actually write them and do them well.  Not make them all about she parries this and then she does that…but to apply them meaningfully to the story.  It was a lesson that was more relieving than exciting.  That “OK, I can do this” and a release of pent up breath.

So as in most things in my life – movies, weekend trips – it as the swordy parts that were, absolutely, my favorite bit.

The Key to All Things Universal Book Link

Cindy Lynn Speer is the author of several books, including the Amazon best selling The Chocolatier’s Wife and the forthcoming Key to All Things.  When she is not acting as an administrative assistant and dreaming of becoming a swashbuckling hermit, she is fencing, reading books, and planning her next (post Covid) road trip.  Nature, swords, folklore and finding magic in the simplest things make her happy.