Jane Routley is joining us today to talk about her novel Shadow in the Empire of Light. Here’s the publisher’s description:

Shine’s life is usually dull: an orphan without magic in a family of powerful mages, she’s left to run the family estate with only an eccentric aunt and telepathic cat for company.

But when the family descend on the house for the annual Fertility Festival, Shine is plunged into intrigue; stolen letters, a fugitive spy and family drama mix with an unexpected murder, and Shine is forced to decide both her loyalties and future… 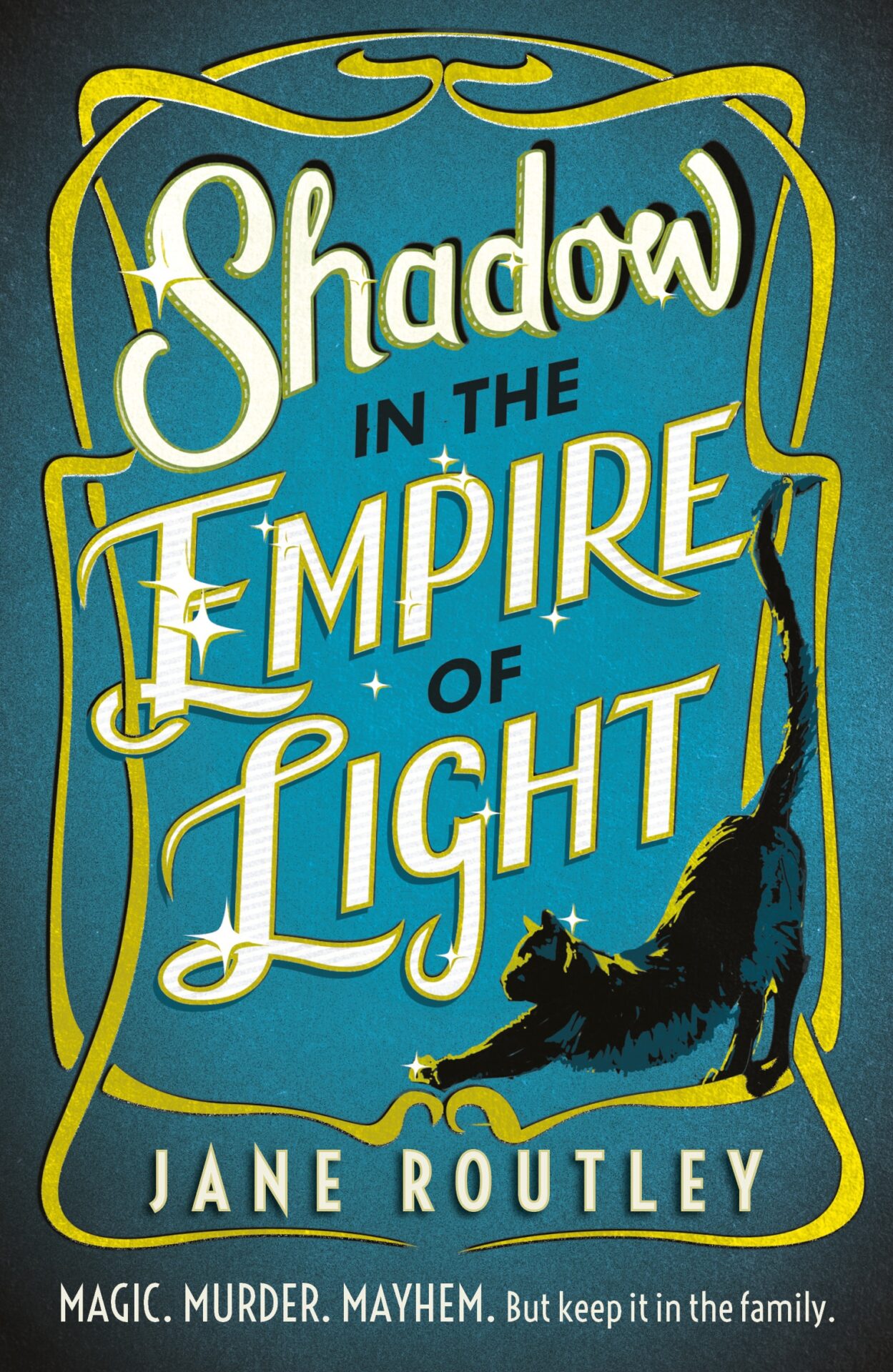 When I wrote Shadow in the Empire of Light I was trying to bring some of the wit and sparkle of a Georgette Heyer novel into a fantasy novel about an orphan finding her place in the world.  Ever since I was 13 I’ve gone to my Georgette Heyer books when I needed a happy place.  So many silly rich people doing funny stuff!  Such elegant writing.

Since I’m a feminist and a realist at heart, Shadow in the Empire of Light is no regency romance, but I have managed to include a couple of direct homages to Heyer. My favourite is when Shine is trying to save her beloved cousin, Bright from a serious beating by other members of their family.

She gallops on horseback to the local inn were Bright is holed up and rushing into the inn parlour cries “Look out! Impi (the evil uncle) is coming” – only to discover she’s rushed in on the completely wrong cousin who replies languidly “Why my dear, unpleasant news no doubt but surely not cause for alarm.”

Such elan.  Worthy of the Duke of Avon or Lord Rule.

Powerful men in Georgette Heyer books are always languid and never surprised, but Shadow in the Empire of Light is a matrilineal society ruled by an Empress.   So in this scene the wrong cousin is Shine’s female cousin, Klea, an immensely powerful mage who later rescues Bright and carries him away to safety. It was fun to play with these romantic adventure tropes.  I even pictured Klea in the regency travelling garb of plain clothes, tricorn hat and riding boots.

I was certain this dialogue came verbatim from Georgette Heyer but during a pleasurable afternoon’s re-reading I completely failed to find it.  I hope anyone who recognizes it will contact me and tell me.  There’s a free signed copy in it for you.

My other favourite owes more to Benny Hill and you’ll have to read the book to find it.

Shadow in the Empire of Light Universal Book Link

Jane Routley has had a variety of careers, including fruit picker and occult librarian, and once lived in Germany and Denmark for a decade. Now she works at a railway station and is a keen climate activist. Jane has published six books and won two Aurealis awards for Best Australian Fantasy Novel. Her short stories have been widely anthologized and read on the ABC. Her current ambition is to visit an active volcano.