Linden Lewis is joining us today with The First Sister. Here’s the publisher’s description:

First Sister has no name and no voice. She’s a priestess of the Sisterhood, traveling the stars alongside the soldiers of Earth and Mars who own the rights to her body and soul. When her former captain abandons her, First Sister’s hopes for freedom are dashed as she is forced to stay on her ship with no friends, no power, and a new captain—Saito Ren—whom she knows nothing about.

She is ordered to spy on Captain Ren by the Sisterhood, but soon discovers that sacrificing for the war effort is so much harder to do while falling in love…Lito val Lucius climbed his way out of the slums to become an elite soldier of Venus, but was defeated in combat by none other than Saito Ren, resulting in the loss of the outpost Ceres, and the disappearance of his partner, Hiro.

When Lito learns that Hiro is both alive and apparently a traitor to the cause, he is given a shot at redemption: track down his former partner on Ceres, and kill them. But when he discovers a series of secret recordings that Hiro made before they disappeared, Lito’s own allegiances are put to the test. Ultimately, he must decide between following orders and following his heart. 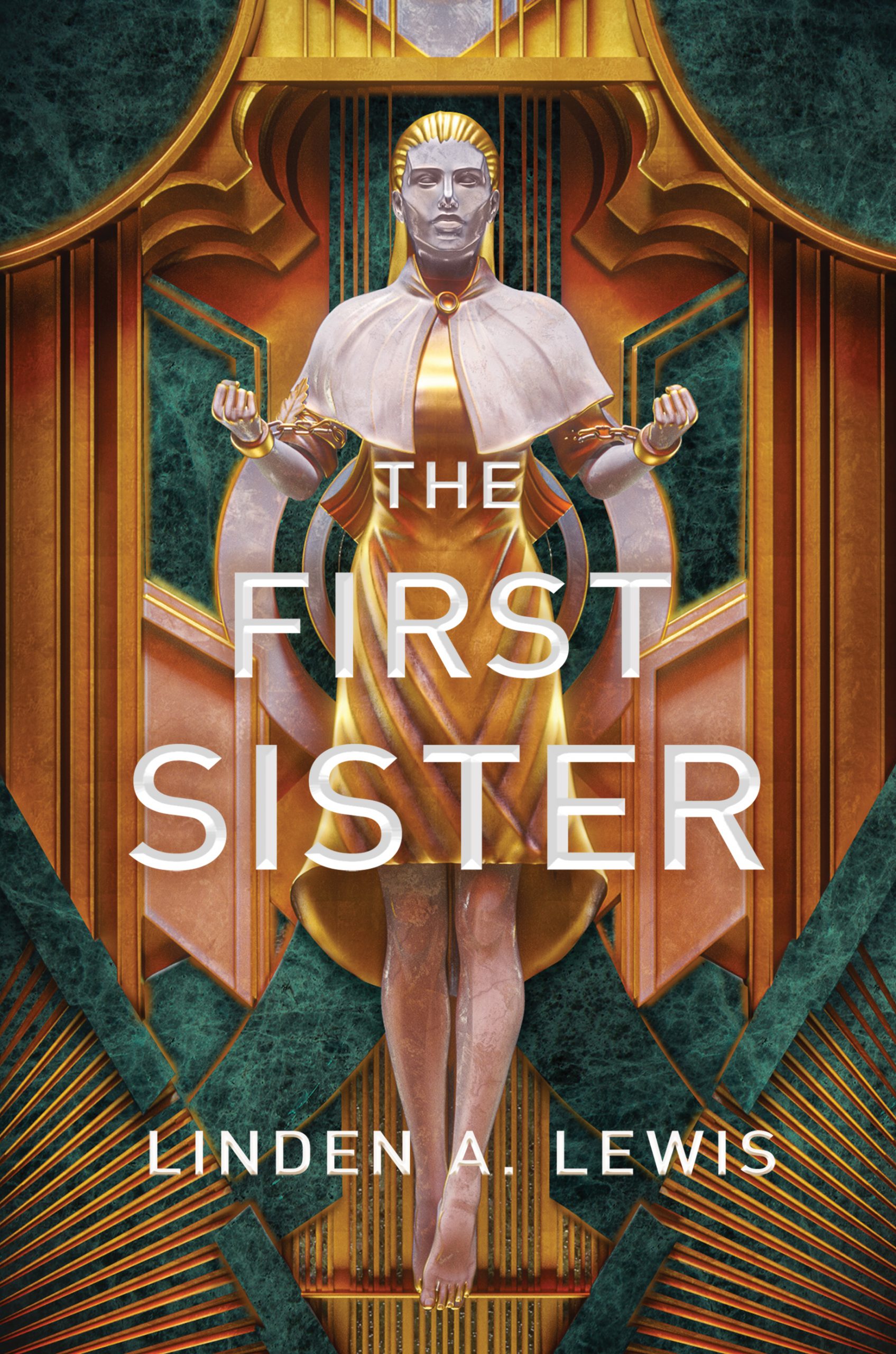 The First Sister is a story about political intrigue, being forced to choose between loyalty to your people and being true to yourself, and the sins that plague mankind, no matter how far we advance into the future. It has epic sword duels, blackmail, romance, and, of course, good ole fashioned murder. So what is my favorite part? Well, believe it or not… none of that.

My favorite scene comes not even a quarter into the book. Lito sol Lucius and Hiro val Akira are elite soldiers of the Icarii on Venus and Mercury, mentally connected by a neural implant as Rapier and Dagger. Or, they were. Now Lito has been tasked with hunting down his former partner. According to Command, Hiro has betrayed the Icarii in favor of their enemy: the Geans, a combination of the might of Earth and Mars. But then Lito’s sister brings him a device full of recordings from Hiro, and, through it, Lito learns the truth about what Hiro is doing.

In the second recording, Hiro recounts the first time they met Lito at the military academy they both attended as children. As the kids settle into their bunks on the first night, this happens:

And when a snarky voice asked into the dark, “Hey, Hiro, are you a boy or a girl?” I remember your answering scoff.

Maybe the asker had made fun of you earlier in the day. Or maybe you didn’t know her at all, and simply wanted to fight everyone around you. I could hear your heavy exhalation, and the whisper that followed: “Hey, Barker, are you an asshole or a bastard?”

I laughed. Really, truly laughed, until everyone else fell silent, and the room echoed with my voice.

I was me. Finally, I was who I wanted to be.

Writing Hiro’s words felt like a weight was being taken off my shoulders, like I was the one uttering them. I’d long-since called myself queer, an umbrella term for both my gender and sexuality, but I had, at the time of typing those words, been afraid to put discussions of my genderfluidity into writing. I’d created varied couples before–women with women and men with men, bisexual people attracted to others because of their personalities–but as for my gender, would talking about it keep me from being published?

In the end, I decided to write that scene, and The First Sister as a whole, as selfishly as I could. In that world, queer became such a norm that there was no need to find comfort in labels, as I and many others do now. Love was love, regardless of the shape it took. Gender was a personal decision, changeable and no one’s decision but that person’s. Genetic modification was already a conceit of the world, so it only made sense that transitioning could be a quick trip to the doctor. As I wrote, The First Sister became a love letter to queer people like me, but also one that I wanted to use to challenge the modern day idea of gender and sexuality. Still, the whole time I was writing, a little voice in the back of my head kept whispering: “Who the hell is going to buy this thing?”

At the time, I was in the query trenches for another novel of mine, a YA Viking fantasy that Mary and other writers gave me an excellent critique on at the Odyssey Writing Workshop of 2016 (thanks, Mary!). I was hopeful that I would find an agent and sell that project, but I hit wall after wall of rejection. Even my current agent rejected me! (Love you, Alexandra.) When I finished The First Sister, I figured, “Hell, I’ve already seen what rejection looks like, I might as well try to sell this novel.”

I never expected the response to be so overwhelmingly positive. When Alexandra Machinist asked for a full, I showed my friends and laughed. “I’ll always at least be able to say Sabaa Tahir’s and Tomi Adeyemi’s agent saw my novel!” I joked, readying myself for rejection. Then I got an email. She wanted to talk to me on the phone. I made my partner read the email. “What are the chances she wants to reject me on a call?” I asked. Of course there’s a happy ending. Turns out, the very selfishness I had put into that book had resonated with her.

And it wasn’t just her. After all that rejection, I was now the prince at the ball, and all the pretty gals wanted to dance with me. Agents, editors, publishers–oh my! And the whole time, all I could think about was the section of the novel that bared my soul.

It’s become my mantra, the thing I call on in my moment of doubts.

I am what I am. Neither. Both. Who cares?

I’m me. And that’s the only thing I can be. Which is why that part, what might feel like a small line in a quiet scene, is my favorite.

Linden A. Lewis is a queer writer and world wanderer currently living in Madrid with a couple of American cats who have little kitty passports. Tall and tattooed, Linden exists only because society has stopped burning witches.