Derek Künsken is joining us today to talk about his novel The House of Styx, the first novel in a science fiction duology called Venus Ascendant, set in the same universe as The Quantum Magician. Here’s the publisher’s description:

The first in a ground breaking, action-packed and exciting new science fiction series from the best-selling author of The Quantum Magician.

Life can exist anywhere. And anywhere there is life, there is home.

In the swirling clouds of Venus, the families of la colonie live on floating plant-like trawlers, salvaging what they can in the fierce acid rain and crackling storms. Outside is dangerous, but humankind’s hold on the planet is fragile and they spend most of their days simply surviving.

But Venus carries its own secrets, too. In the depths, there is a wind that shouldn’t exist.

And the House of Styx wants to harness it. 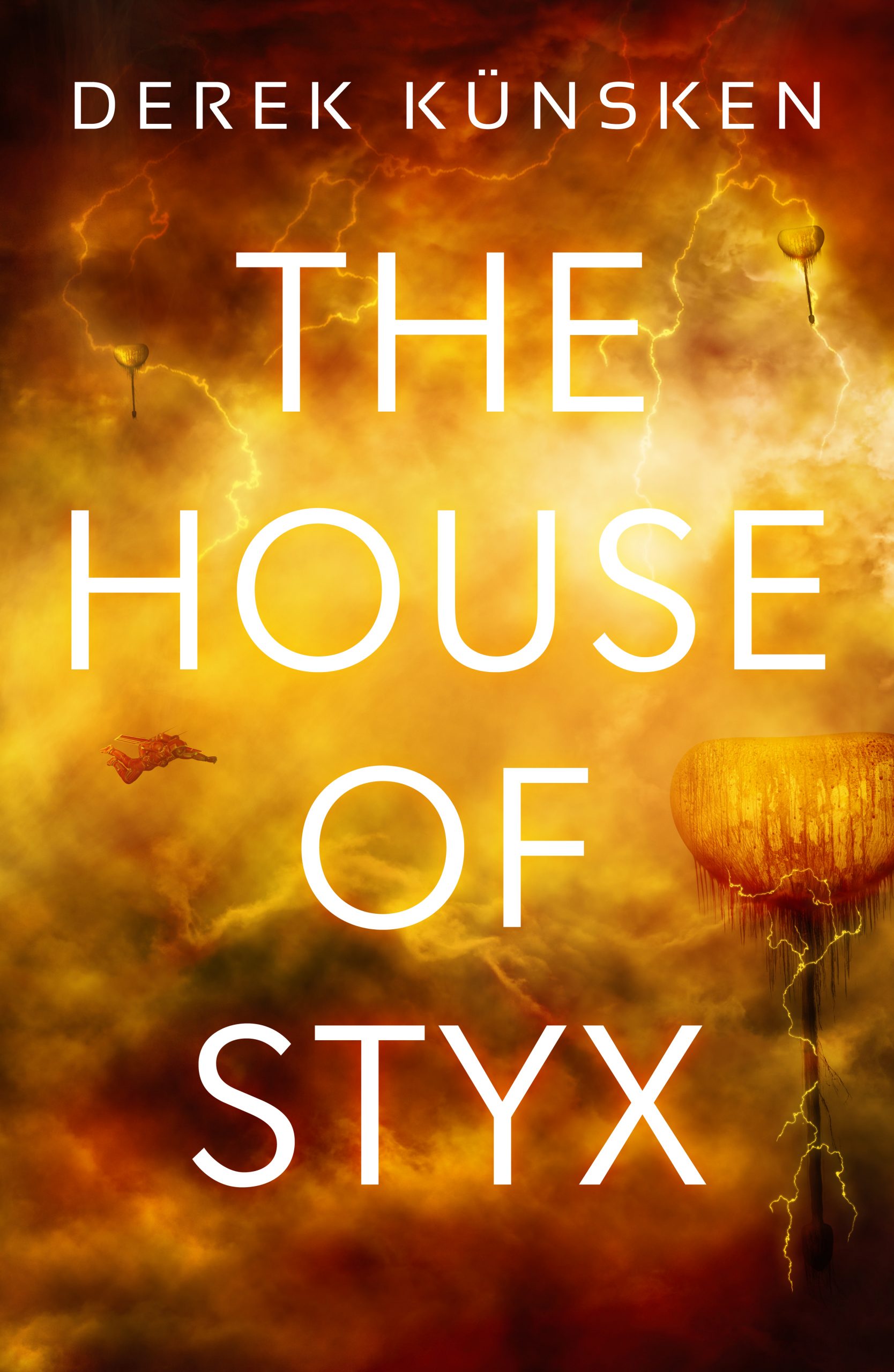 My clouds of Venus have Québécois colonists in them, which is personal for me; my maternal roots are deep in rural Québec. My novels The Quantum Magician and The Quantum Garden are more about found family, and my depiction of the Québécois necessarily had to be mediated by my experience of family and family history.

This was the first time I’d done a really deep dive into family dynamics and it was a far more a personal experience than many of my other works. I have a large, large French Canadian family on my mother’s side and a small German immigrant family on my father’s. They each have strengths and flaws, tools and coping mechanisms that differ, developed by different experiences. My Québécois grandparents weathered the Great Depression relatively untouched, while my German grandmother lived through the worst of it, along with a world war.

Both families taught me different things, so different sometimes that I wondered that my parents had gotten together at all. Each family was mysterious and magical to me in their own ways. Each family had their own expectations and well-travelled habits, their own levels of daring and trust, caution and mistrust, loyalties and forgiveness, legends and truths. These weren’t aspects of myself that I’d previously put into my fiction, although they were old stones turned over and over conversations with cousins are we puzzled out what exactly we’d inherited.

The inheritance of history and scars is important. Twenty-eight years before the events in The House of Styx, the young D’Aquillon family had told that the poor colony didn’t have resources to support a Down Syndrome child and that the unborn child should be aborted. George-Étienne D’Aquillon and Jean-Manse Audet decided to have the child anyway and to live without the support of the colony, living among the wild plants of the Venusian clouds. This fateful decision determined how Jean-Eudes, their first son, and their other children Émile, Chloé, Marthe and Pascal would live, what opportunities they would have, what lessons they would learn. By the time The House of Styx begins, some of those lessons proved to be fatal, and the remaining relationships bore scars of circumstance and old choices.

One of my favourite pieces of writing advice I received was to explore the places you don’t know and in thinking through the complexities of the D’Aquillon family, I did that. The House of Styx started out as a hard sci fi story of simple colonists who find something very important, but gradually became a family saga like The Godfather, testing and measuring what it means to belong and forgive and accept within the bonds of a family. That’s my favourite part because those exploration shone light onto my own experience of family.

After leaving molecular biology, Derek worked with street kids in Central America before finding himself in the Canadian foreign service. He now writes science fiction in Gatineau, Québec. His short fiction has appeared in Asimov’s, Analog, Clarkesworld and Beneath Ceaseless Skies. His first novel, The Quantum Magician, was nominated for the Locus, Aurora and Chinese Nebula awards, and has been published in English, Mandarin, Japanese, French and Russian.