Dan Koboldt is joining us today to talk about his novel The Rogue Retrieval. Here’s the publisher’s description:

Stage magician Quinn Bradley dedicated his life to a single purpose: headlining for a major casino on the Las Vegas strip. But just before his dreams come true, two modern mercenaries show up to make him a puzzling offer. Half a million dollars for six months on a private assignment. Their corporate employer has discovered – and kept secret – a gateway to a pristine medieval world called Alissia.

For fifteen years, they’ve studied it beneath a shroud of secrecy. Now, the head of their research team has gone AWOL, with a backpack full of disruptive technology. They’re sending in a retrieval team, and they want Quinn Bradley to come along. His talents for illusion, backed with the company’s considerable resources, should make for some convincing magic.

It will need to be convincing. Because Alissia has the real thing. 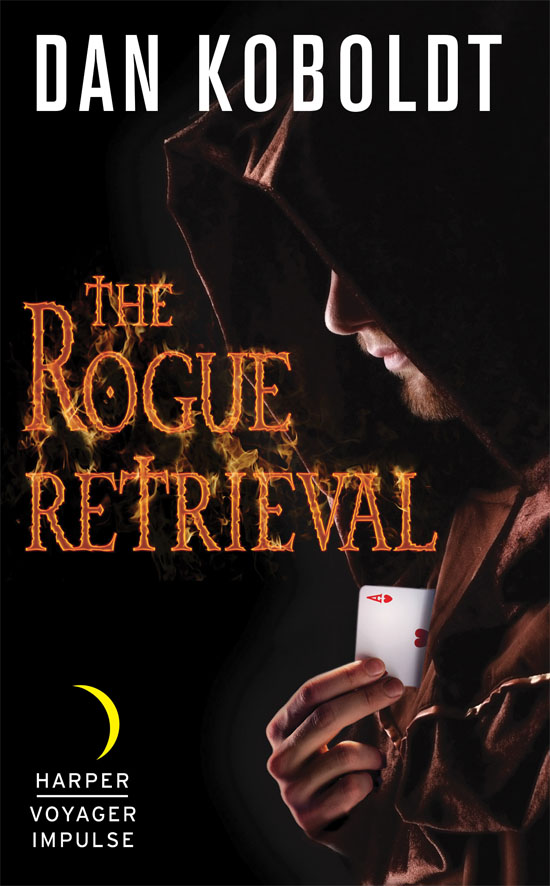 I’ve been reading fantasy and science fiction since the 4th grade. I’m a sucker for world-building, and it showed in the books I went for. I didn’t just read the doorstopper fantasy novel. I read the glossary, the genealogy, and the forums on Dragonmount.

When the time came to write my novel, I wanted to create an equally compelling secondary world . So I asked one of my favorite authors, Scott Lynch, how he does it so well. He said, “I am absolutely not afraid to take a place or a specific detail that I’m keen on and world-build everything else around it.”

When I took his advice, I learned something interesting. Apparently, my favorite bit is the booze.

Alcohol comes in many forms in Alissia, my novel’s secondary world. Whether it’s the rough ale they drink in the cold north of Felara, or the color-changing liquor from Valteron, every society leaves their unique stamp on the time-honored tradition of inebriation. Alcohol is more than just a way to get drunk. In many societies (both real and fictional), it’s a crucial element of culture and tradition.

I like exploring booze in a secondary world because it’s so versatile. You can produce alcohol by fermenting grain mash (beer), grapes (wine), fruit juice (cider), rice (sake), and even honey (mead). You can distill it into high concentrations for spirits like vodka and gin. Humans have been fermenting things since the late Stone Age, and look how far we’ve come: the worldwide alcoholic beverage market last year was over $1 trillion.

That kind of money changes things, and here’s proof. Every year, my family takes a vacation to Traverse City, Michigan, home of the National Cherry Festival. One of our favorite parts is driving up the Old Mission Peninsula to look at the cherry trees. Over the past few years, however, vineyards have replaced many of the orchards. I’m told they’re far more profitable.

I love wine as much as the next guy, but I miss the cherry trees. And I hate the idea that profit margins are the reason they’re gone. It made me wonder how far a society would be willing to go to produce an expensive alcoholic beverage. That’s how I came up with the most famous and expensive drink in my book’s world, Caralissian wine:

The only time they got any notice from the locals was when they encountered a wine caravan. Ten wagons, each pulled by a pair of draft horses. These were hardly visible behind the mounted riders that escorted them, who happened to be some of the hardest mercenaries that Caralissian gold could buy. They looked up at the sound of the approaching horses. Hands went to sword hilts. Two of the men reached down into the nearest wagons, probably for spears or loaded crossbows.

“Caravan coming at us,” Logan warned over the comm link. He slowed his mount and moved to the side. “Keep your hands visible, no sudden moves.”

The mercenaries knew their business—­they only got paid if the shipment arrived safely. Their casual positions only looked haphazard. If Logan were to attack, three or four would engage him from multiple angles. An equal number would stay with the wagons. And a few would ride for the nearest Caralissian outpost for reinforcements. Bandits tried raiding wine caravans from time to time. Some even got hold of a cask or two, but they rarely made it far enough to enjoy a taste.

All of this grew from a simple idea: a drink that cost its weight in gold. I started thinking about economics of that, in a pre-industrial society. The exploitative labor practices required to produce it. The impact on international trade. The armed guards you’d need to protect it.

Caralis is a monarchy, so only a few can enjoy the vast wealth brought by Caralissian wine. The queen, of course, and her pet nobles. That leaves an entire populace out in the cold. Forfeiting most of their crops to the Caralissian vintners. Starving while the chosen few grow rich.

Looking, perhaps, for a way to take revenge.

Check out the book on Amazon, Barnes & Noble, GoodReads, or HarperCollins.

Dan Koboldt is a genetics researcher and sci-fi/fantasy author from the Midwest. He’s co-authored more than 50 publications in Nature, Science, The New England Journal of Medicine, Cell, and other journals. Dan is also an avid hunter and outdoorsman. Every fall, he disappears into Missouri’s dense hardwood forests to pursue whitetail deer with bow and arrow. He lives with his wife and children in St. Louis, where the deer take their revenge by eating all of the plants in his backyard.

1 thought on “My Favorite Bit: Dan Koboldt talks about THE ROGUE RETRIEVAL”