Marie Brennan is joining us today with her novel Chains and Memory. Here’s the publisher’s description:

Manifestation was only the beginning.

The Otherworld has returned — bringing with it the sidhe, the source of humanity’s psychic powers. Some mortals welcome these creatures of legend, some fear them . . . and no one is ready for the change their presence will bring.

Last autumn Kim and Julian stood at the center of that storm. Now they face a challenge closer to home: a battle over the laws governing wilders, the closest genetic relatives of the sidhe. Many feel that change should wait until the current upheaval has ended . . . but Kim sees opportunity in the chaos, a chance to free Julian and all his kind from the chains of the deep shield that locks their gifts away.

The roots of that shield run deeper than she knows. The quest to destroy it will lead her and Julian back into the world of the sidhe, where they will uncover ancient lies, face betrayal on all sides — and gamble everything on the possibility of freedom. 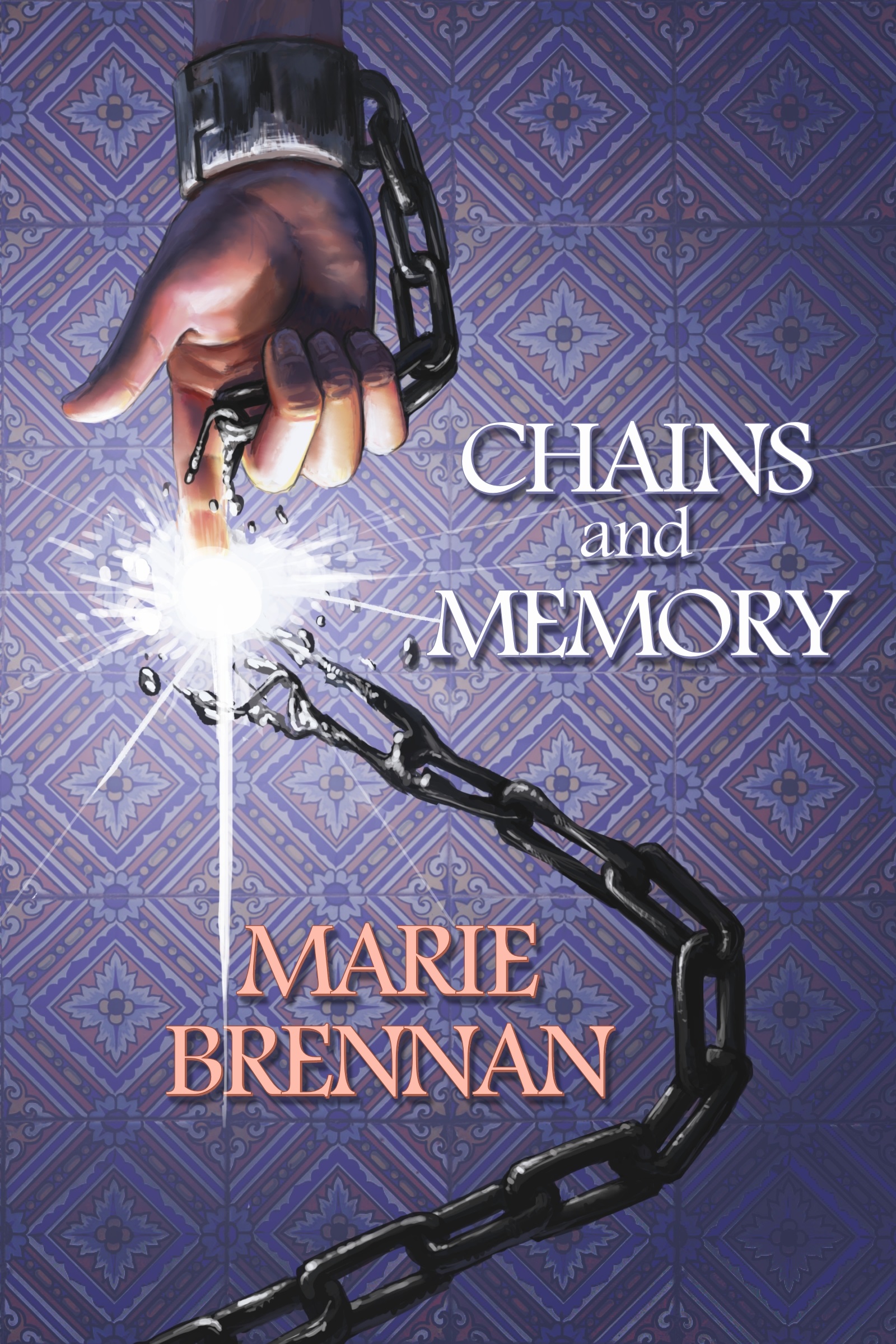 My favorite bit in Chains and Memory is both a moment and a thread that runs throughout the story.

It also, not coincidentally, happens to be the core of what drove me to write the book in the first place. You see, when I wrote the original draft of Lies and Prophecy so many years ago, I intended it to be a stand-alone book. I knew the story didn’t tie up in a neat bow at the end . . . but I didn’t see any way for what happened next to be something my protagonists could still protag in.

Little details kept drifting into my mind, though — most of them background for the secondary protagonist, Julian Fiain. I’d decided, in drafting Lies and Prophecy, that he belonged to a minority of psychics whose gifts manifested at birth rather than in puberty, and that such people were raised as wards of the state. But because the first draft of that book was the first novel I ever finished, I hadn’t put a lot of thought into how that whole “raised as wards of the state” thing worked. Over the following years, as I revised and rewrote and revised again, the picture began to fill in — not all of which fit into that first book.

So my favorite bit of Chains and Memory is the culture and society of wilders, and how those things interface with the rest of the world they live in. The main protagonist of the series, Kim, wasn’t raised by the state . . . but in order for her relationship with Julian to function, she needs to understand what that life is like, and how it affects those who grew up that way. And Julian in turn needs to open up to Kim, rather than closing her out the way wilders usually do.

Half the time this expresses itself in little details, like when Julian telekinetically yanks an object to his hand rather than walking over to pick it up, then admits to Kim that he trained himself out of the habit when he went to live among ordinary psychics. But there’s also a watershed moment in the story where their entire relationship reconfigures itself: Julian realizes he’s been undercutting Kim in a serious way, entirely without meaning to, because of his subconcious habits and assumptions. Changing his behavior is hard . . . but he makes himself do it, and the result is utterly transformative.

I wrote that scene long before I started drafting the book. (That one, and a couple of others playing off the same conflict.) I had to revise it, of course, because by the time I got there properly the story wasn’t quite the same as I had imagined — but the core hasn’t changed. And its fire is the reason that “stand-alone” book became the start of a series. Lies and Prophecy is, among other things, the story of how Kim and Julian got together; Chains and Memory is the part I find more interesting, the part where they have to work out how that relationship is going to function, despite the differences between them.