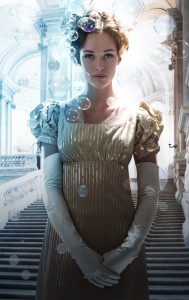 I have to read Glamour in Glass out loud. You can listen. Or rather, nine of you can. How so? It’s like this…

Last week, I got the line edits for Glamour in Glass, the sequel to Shades of Milk and Honey the day after I finished writing The Transfigured Lady. Handy timing, that and I’ve been head down in revisions since then. But…  two things have occurred since I turned Glass in back in January of 2010.

Thing A: I’ve forgotten most of the book.
Thing B: I’m a better writer than I was a year an a half ago. (I hope.)

Part of my normal process is to read my fiction, even at novel length, aloud when I’m finished to smooth out the prose. It’s amazing the number of repetitions, weird phrasing, or incomplete sentences one can find when reading aloud. Some of the changes between the hardback of Shades and the trade paperback were a direct result of recording the audio book. So, given Things A and B, it behooves me to read Glass aloud

With Google+ hangouts I can read to people instead of to myself.

What will this entail?

Starting on Tuesday, I will be reading in the mornings from 8am to 10am PDT. The chunks might be longer, but only if everyone in the hangout agrees to keep going.

How do you get to listen?

I’ll pick the nine most compelling cases to be the listeners as I read.

*Edited to add: If you aren’t on Google+ say so and I’ll send you an invitation.

23 thoughts on “Want to listen to Glamour in Glass? Live?”