Tracy Townsend is joining us today to talk about her novel The Fall, sequel to The Nine. Here’s the publisher’s description:

An apothecary clerk and her ex-mercenary allies travel across the world to discover a computing engine that leads to secrets she wasn’t meant to know–secrets that could destroy humanity.

Eight months ago, Rowena Downshire was a half-starved black market courier darting through the shadows of Corma’s underside. Today, she’s a (mostly) respectable clerk in the Alchemist’s infamous apothecary shop, the Stone Scales, and certainly the last girl one would think qualified to carry the weight of the world on her shoulders a second time. Looks can be deceiving.

When Anselm Meteron and the Alchemist receive an invitation to an old acquaintance’s ball–the Greatduke who financed their final, disastrous mercenary mission fourteen years earlier–they’re expecting blackmail, graft, or veiled threats related to the plot to steal the secrets of the Creator’s Grand Experiment. They aren’t expecting a job offer they can’t refuse or a trip halfway across the world to rendezvous with the scholar whose research threw their lives into tumult: the Reverend Doctor Phillip Chalmers.

Escorting Chalmers to the Grand Library of Nippon with her mismatched mercenary family is just a grand adventure to Rowena until she discovers a powerful algebraic engine called the Aggregator. The Aggregator leads Rowena to questions about the Grand Experiment she was never meant to ask and answers she cannot be allowed to possess. With her reunited friends, Rowena must find a way to use the truths hidden in the Grand Library to disarm those who would hunt down the nine subjects of the Creator’s Grand Experiment, threatening to close the book on this world. 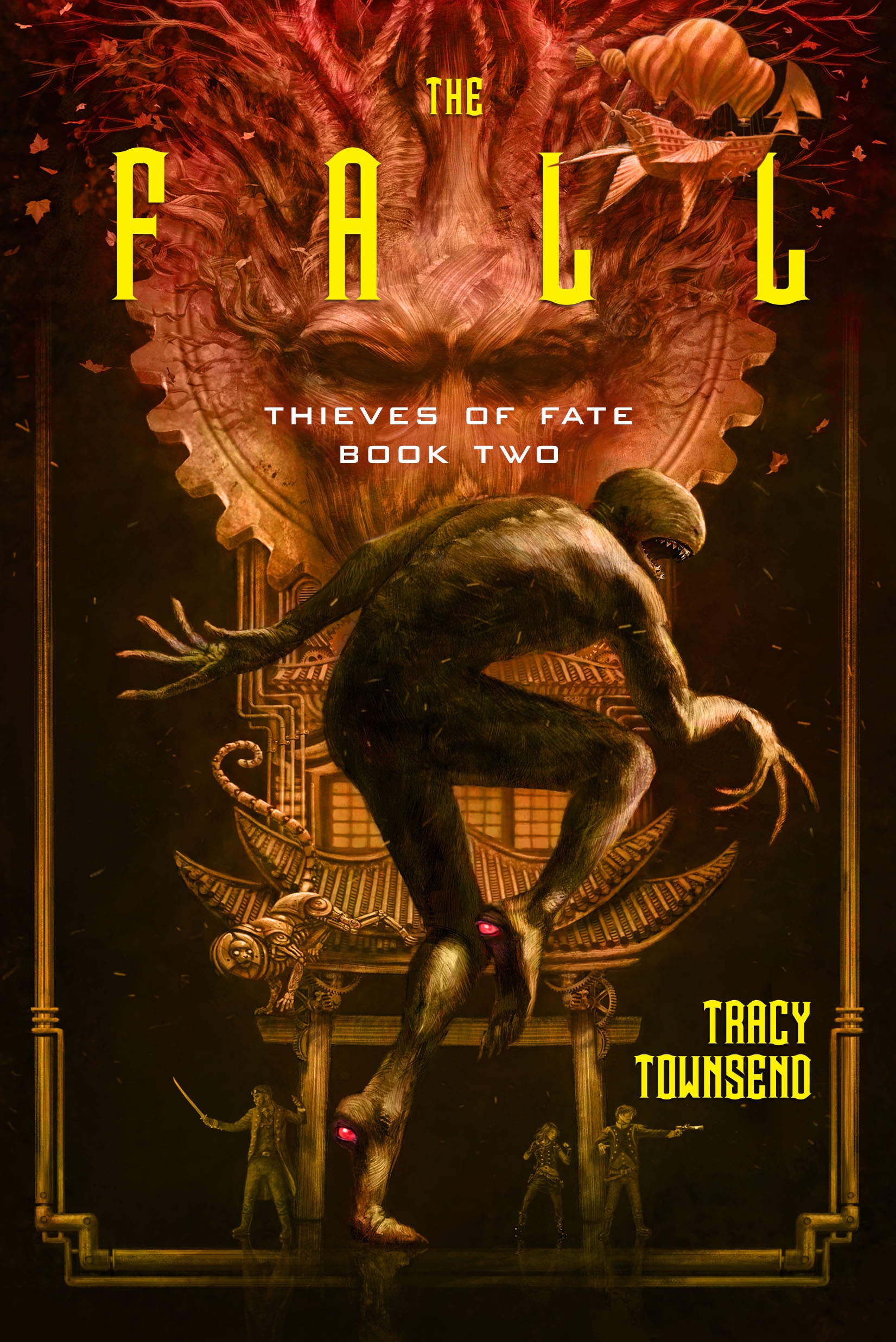 When I was small, my parents went on vacation to Mexico. They brought back a hand-crafted wooden top as one of my many souvenirs. It came in three pieces: the top itself, some kind of handle-thing I don’t know the name of into which it slotted, and a length of string. Once you spindled the top’s mast through the handle-thing, you’d thread the string through a hole in the mast, wrap it tight, grab the free end, and hold the whole contraption just barely touching the floor.

And then, you’d pull. It looked a lot like this: 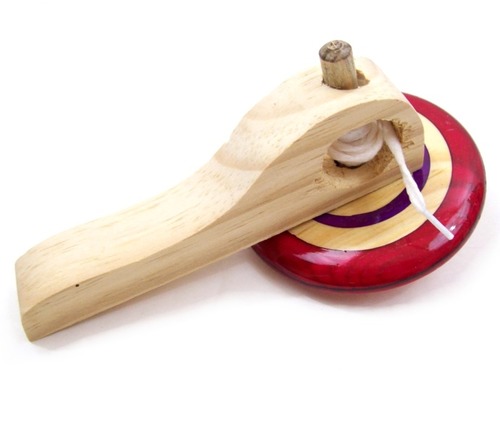 There was a lot that could go wrong before you’d ever get the top whirling away in a blur of color. You could pull the cord too fast or too slow. You could drop it from too great a height and send it caroming off uselessly. And inevitably, no matter how perfectly you set it up, it would always, eventually, fall.

In the language of physics, a top at the end of its journey doesn’t fall. It precesses. Precession is what happens when, unable to fall straight down (gravity has already forced its tip into contact with the ground vertically), the top falls sideways, collapsing in a way unique to how the object itself once moved.

Tops precess. So do stories.

Every story is acted upon by the forces its author puts in motion. Those forces are designed to reach this point of precession, the narrative torque collapsing the characters and their actions toward some calamity they have to face.

Stories are about what happens when things fall down.

That’s my favorite bit about The Fall: being the sequel to my debut novel, it has the benefit of building on narrative forces already in play, compounding its momentum. My trio of character — Rowena, the Alchemist, and Anselm — are off making trouble again, though in different places, and finding themselves more out of their depth than they’d ever imagined. On the other side of the world, another trio of forces, human, lanyani (sentient, murderous tree-beings), and aigamuxa (ogres with eyes in their feet), vie for control of a dying city and the power it represents. And all at once, the right things are discovered at the wrong time — or the wrong things at the right time — and you can see the story tilt toward its inevitable precession.

Authors are architects, true, but at least half the time, we are architects of destruction. We have to build things up knowing they will be broken, torn, imploded. Defeated, at least for a time. And as much as I love my characters (you have to love these people to spend so much time with them), my favorite work is the subtle physics of making a system hurtle along, all its forces acting together just so, knowing that I’ve already applied the torque that will make it inevitably fall. It’s like a magic trick. Now-you-see-it, now-it’s-gone.

I recall writing The Fall’s climax, angling characters’ choices toward the calamities that would consume the rest of their story. It was very much like staring at that little wooden top my parents gave me, watching the blur of colors slow and slip into separate bands, feeling the certainty of collapse edging ever closer.

Dreading it. Loving it. Knowing that, once it happened, it was up to me to pick up the three pieces I had started with and wind them together again.

Tracy Townsend is the author of The Nine and The Fall (books 1 and 2 in the Thieves of Fate series), a monthly columnist for the feminist sf magazine Luna Station Quarterly, and an essayist for Uncanny Magazine. She holds a master’s degree in writing and rhetoric from DePaul University and a bachelor’s degree in creative writing from DePauw University, a source of regular consternation when proofreading her credentials. She is the former chair of the English department at the Illinois Mathematics and Science Academy, an elite public boarding school, where she teaches creative writing and science fiction and fantasy literature. She has been a martial arts instructor, a stage combat and accent coach, and a short-order cook for houses full of tired gamers. Now she lives in Bolingbrook, Illinois with two bumptious hounds, two remarkable children, and one very patient husband. You can find her at Twitter @TracyATownsend, and online at www.tracytownsend.net.