Theodora Goss is joining us today with her novel European Travel for the Monstrous Gentlewoman. Here’s the publisher’s description:

In the sequel to the critically acclaimed The Strange Case of the Alchemist’s Daughter, Mary Jekyll and the rest of the daughters of literature’s mad scientists embark on a madcap adventure across Europe to rescue another monstrous girl and stop the Alchemical Society’s nefarious plans once and for all.

Mary Jekyll’s life has been peaceful since she helped Sherlock Holmes and Dr. Watson solve the Whitechapel Murders. Beatrice Rappaccini, Catherine Moreau, Justine Frankenstein, and Mary’s sister Diana Hyde have settled into the Jekyll household in London, and although they sometimes quarrel, the members of the Athena Club get along as well as any five young women with very different personalities. At least they can always rely on Mrs. Poole.

But when Mary receives a telegram that Lucinda Van Helsing has been kidnapped, the Athena Club must travel to the Austro-Hungarian Empire to rescue yet another young woman who has been subjected to horrific experimentation. Where is Lucinda, and what has Professor Van Helsing been doing to his daughter? Can Mary, Diana, Beatrice, and Justine reach her in time?

Racing against the clock to save Lucinda from certain doom, the Athena Club embarks on a madcap journey across Europe. From Paris to Vienna to Budapest, Mary and her friends must make new allies, face old enemies, and finally confront the fearsome, secretive Alchemical Society. It’s time for these monstrous gentlewomen to overcome the past and create their own destinies. 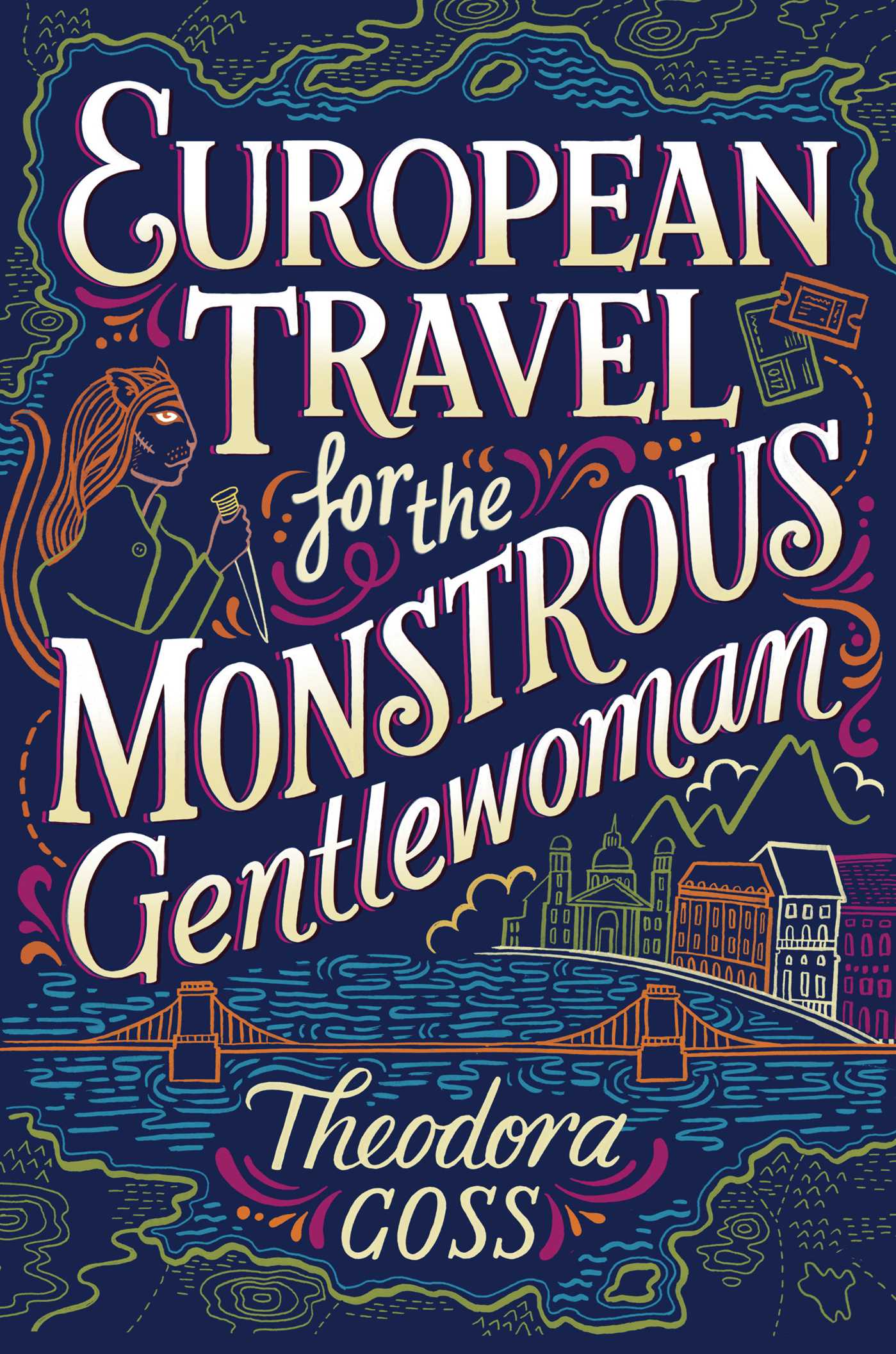 I hope you’re not offended if I assert that Hungarian pastries are the best in the world.

Oh, I know, the French tarte tatin is world-famous, as is the Italian tiramisu. And who can pass up a piece of bakhlavah? Pavlova, dulce de leche, halva, flan, panettone . . . Every culture has wonderful sweets to share. But my favorites are the traditional Hungarian ones, because they are not too sweet, and often combine contrasting flavors in interesting ways: chocolate and apricots, poppy seed and sour cherries. If you want to disagree with me, go right ahead, but not before you travel to Budapest yourself, sit down at one of the traditional old cafés like Gerbeaud or the Centrál Kávéház, and try some of them for yourself. I’ll gladly share a tarte tatin with you, if you’ll take a bite of my Eszterházy torte.

Why am I talking to you about Hungarian pastries? Because one of my favorite moments in European Travel for the Monstrous Gentlewoman happens when Mina Murray, Mary Jekyll’s former governess, welcomes Mary and her friends to Budapest by taking them shopping on Váci utca, and then suggests they stop at Gerbeaud. She buys them a selection of traditional Hungarian pastries, including Eszterházy torte, Dobos torte, krémes, and Rigó Jancsi. My favorite of these is the Eszterházy torte, which is layers of buttercream between layers of a flourless cake made with walnuts, egg whites, and sugar. Lots of layers, like five or six or seven, so you get plenty of buttercream and walnuts. Dobos torte is probably the most famous Hungarian cake for its shining caramel top. Rigó Jancsi, which you seldom find outside Hungary and Austria, is the most romantic: it’s supposedly named after a Romani violinist who fell in love with a Belgian princess. She left her husband for him, they were married, and he created the pastry for her. Krémes is like a Napoleon, only better.

So there they are, Mina and Mary and other members of the Athena Club, sitting in a café in Budapest eating pastries. Why is this one of my favorite bits of the book? When I was writing the first and second Extraordinary Adventures of the Athena Club, I wanted my characters to have adventures, of course—they would overcome obstacles, fight adversaries, and have revelations of various sorts. All the things characters do in books. After all, Vladimir Nabokov said a writer is someone who puts his characters up a tree and throws stones at them. I’ve thrown all sorts of things—murder and mayhem—at mine. But life is never all adventure. I also wanted my novels to contain moments that are more realistic. Moments when the characters are just sitting round drinking tea, or when they get bored, or have to go to the bathroom. (Even characters have to go to the bathroom sometimes.) There they are in Budapest, trying to fight the dastardly Société des Alchimistes, but they have to eat, right? So for about an hour, they stop and sit down and have cake. Not just any cake, but some of my favorite cakes.

There’s another reason this particular bit matters to me. In this novel, it makes sense for my characters to go to Budapest because the villains they’re dealing with are in Budapest—that’s where they were in the original texts I was drawing on. The plot requires a trip to that part of the Austro-Hungarian Empire. However, I was born in Budapest and it’s my favorite city in the world. In this book, I wanted to show you a bit of the city I love, as it would have looked in the late nineteenth century. Sure, I populated it with monsters—that’s what I do. But I also wanted to make sure you knew there were cakes. Really good cakes. The monsters may not be there anymore, but Gerbeaud and the Centrál Kávéház are, and they still have all those pastries, right in the pastry cases, close to the front. You can order them, just as Mina did for Mary and her friends. I guarantee that they will fortify you for whatever obstacles you need to face, whether fighting monsters or just finding your way to the art museum.

Theodora Goss is the World Fantasy and Locus Award-winning author of the short story collection In the Forest of Forgetting (2006); Interfictions (2007), a short story anthology coedited with Delia Sherman; Voices from Fairyland (2008), a poetry anthology with critical essays and a selection of her own poems; The Thorn and the Blossom (2012), a novella in a two-sided accordion format; the poetry collection Songs for Ophelia (2014); debut novel The Strange Case of the Alchemist’s Daughter (2017), and sequel European Travel for the Monstrous Gentlewoman(2018). She has been a finalist for the Nebula, Crawford, Seiun, and Mythopoeic Awards, as well as on the Tiptree Award Honor List. Her work has been translated into twelve languages. She teaches literature and writing at Boston University and in the Stonecoast MFA Program. Visit her at theodoragoss.com.

1 thought on “My Favorite Bit: Theodora Goss talks about EUROPEAN TRAVEL FOR THE MONSTROUS GENTLEWOMAN”