Seb Doubinsky is joining us today with his novel The Song of Synth. Here’s the publisher’s description:

The Song of Synth welcomes readers into a world of mind-warping drugs, conspiracy, and a hero who can’t distinguish reality half the time.

Synth is a drug able to induce hallucinations indistinguishable from reality. But it’s brand new, highly addictive, and more than likely dangerous. Even the dealers peddling the pills don’t know what long-term effects the drug will have on its users.

For Markus Olsen, Synth offers an easy escape from his crumbling life. Markus, an ex-hacker, has been caught red-handed. While his friends were sent to jail for thirty years, Markus decided to cooperate, agreeing to lend his services and particular criminal expertise to Viborg City’s secret service, aiding the oppressive state power he’d been fighting to break, in exchange for his relative freedom.

But Markus’s past as an anarchist comes back to haunt him in the form of a credit card with no account but an seemingly unlimited balance and the discovery of a mysterious novel in which he is a main character. How much of his reality is being produced by Synth? How disconnected from real life has Markus become?

Forced to face his past and the decisions he’s made, Markus must decide between the artificial comfort of his constructed life and the harsh reality of treason and the struggle for freedom. 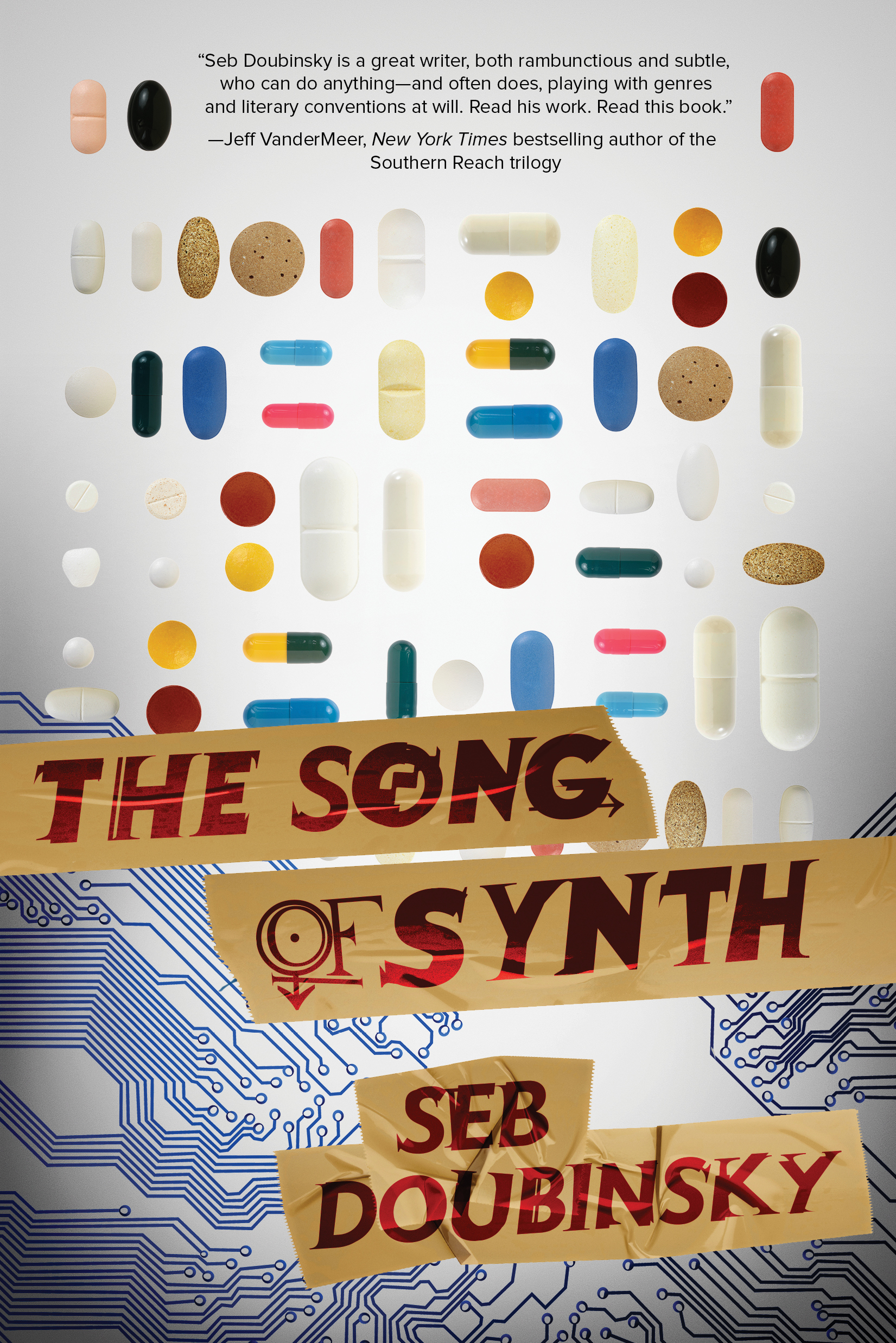 My favorite bit in my novel, The Song of Synth, isn’t actually a “bit” – it is more of a texture, a background – in a word, its music. Music is very important for me. I listen to it full blast when I type and I can only write when I have the right music for the novel. Many of my writer friends look at me in disbelief when I say that, but it’s true. My wife can tell you that I also take naps with music blaring in the background. Silence is not my friend.

What music helps me do is create a coherent atmosphere. All my novels have different soundtracks. Some writers publish their playlist and that’s what I’ve decided to share with you here.

In the case of the Song of Synth – which, as its title indicates, revolves around music, albeit a strange one – I didn’t find it for a while and I felt very frustrated. I wanted something special, which could fit all the moods and loops of narration. It was still during the time of MySpace and I began following threads and clicking on unknown bands. I was getting desperate because I had the whole story, more or less, but not the fuel to carry it through. Then I heard of this completely unknown band, GANGI, led by the eponymous Matt Gangi. There were only three songs available on MySpace and I was desperate. I had found the sound of my novel, but I couldn’t write for a full year listening to the same three pieces. So I contacted Matt, and he sent me the demo of his album, which would become “A”.

It was perfect, and gave my writing the support for the textures I wanted to use. In a way, writing, for me, is very much like painting. I see colors, volumes, effects, more than I see words, sentences, paragraphs. I guess you could call my writing “synesthetic” as it blends words, images and music. And I need both music and images to work. Without them, I can’t get started or carry on. So I listened to “A” and it worked perfectly – so perfectly that all the chapter titles of the first part of The Song of Synth, “The Potemkin Overture” are the titles of GANGI’s “A” album, but in a different order.

But the story doesn’t stop here. Me and Matt have since then become close friends, following each other’s work closely and eventually doing a show together in Los Angeles in 2012, in a small gallery, combining a live concert and reading. We both hope to do it again in a near future.

And if you want to listen to the The Sound of Synth’s soundtrack, you can do it here: http://gangi.bandcamp.com/album/a

You will definitely understand why it’s “My favorite Bit”.

Seb Doubinsky is a bilingual French writer, born in Paris in 1963. He has published a number of novels and poetry collections in France, the United Kingdom and the United States. He currently lives in Aarhus, Denmark, with his wife and their two children.