Tom Toner is joining us today with his novel The Promise of the Child. Here’s the publisher’s description:

In the radically advanced post-human worlds of the Amaranthine Firmament, there is a contender to the Immortal throne: Aaron the Long-Life, the Pretender, a man who is not quite a man.

In the barbarous hominid kingdoms of the Prism Investiture, where life is short, cheap, and dangerous, an invention is born that will become the Firmament’s most closely kept secret.

Lycaste, a lovesick recluse outcast for an unspeakable crime, must journey through the Provinces, braving the grotesques of an ancient, decadent world to find his salvation.

Sotiris, grieving the loss of his sister and awaiting the madness of old age, must relive his twelve thousand years of life to stop the man determined to become Emperor.

Ghaldezuel, knight of the stars, must plunder the rarest treasure in the Firmament—the object the Pretender will stop at nothing to obtain.

From medieval Prague to a lonely Mediterranean cove, and eventually far into the strange vastness of distant worlds, The Promise of the Child is a debut novel of gripping action and astounding ambition unfolding over hundreds of thousands of years, marking the arrival of a brilliant new talent in science fiction. 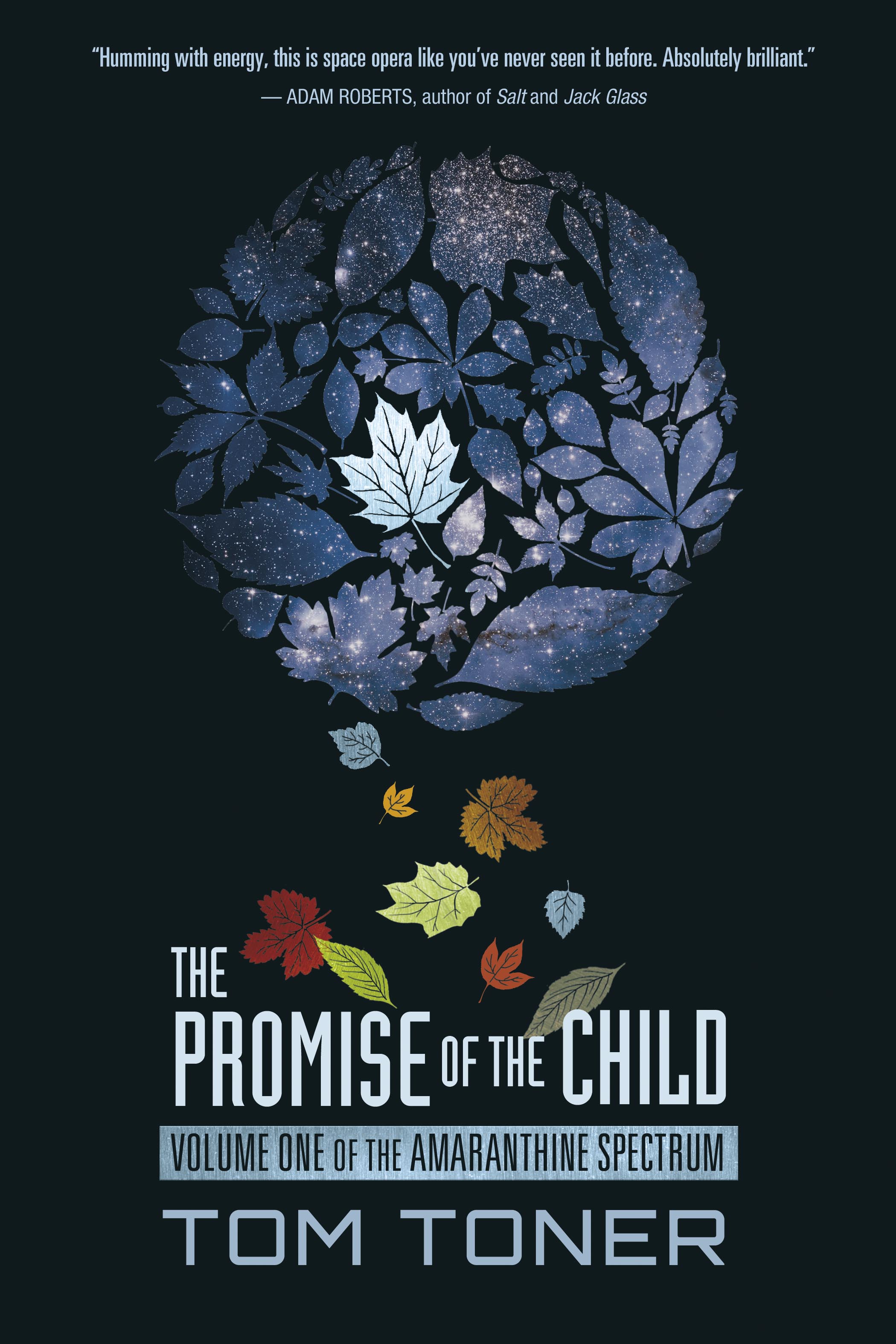 A tickle spread slowly across the sole of Lycaste’s foot. He dismissed it dreamily, feeling it build until something firm and wet scraped the edge of his toe. Then he remembered – his foot was dangling over the side of the boat.

When I was about eight, my dad – in a pretty decent effort to shut me up – let me watch Jaws. I loved it: it was extraordinary, suspenseful and atmospheric, and to this day I can’t swim in water more than about a meter deep or close my eyes in the bath.

When I set out to write my first novel, The Promise of the Child (a 147th century space opera set at the end of humanity), I knew that I had to nail down that fear somewhere, to live it on the page, and this scene – in which our shy protagonist takes his boat out to hunt sea monsters with his friends – became one of my favourite parts of the book.

At first he couldn’t work out what he was looking at; it was as if the pale, mottled sandbank below them was moving. Its alabaster surface was tinged with colour, like a rough pearl. For a few seconds more there was no form, then with a nacreous glimmer it writhed far beneath the boat. He fell away from the side in revulsion, staring at the deck.

For Lycaste, a scarlet, three-meter tall Melius man from the wild Tenth Province, vision and colour are extremely important. His eyes are exceptionally large and sharp, all the better to make out the hues the giant people of the Tenth wear across their skins like cuttlefish – flashing various colours as etiquette requires (a later scene describes the book’s antagonist as having ‘queerly colourless eyes’, in a subtle hint that he is not to be trusted) – and so this scene plays out from his perspective like a vibrant nightmare, all light and tone.

… As the man neared the boat, a ghostly, faded tint appeared in the sea behind him. Impatiens moaned beside Lycaste, gripping the painted edge so tightly that his knuckles yellowed. At first Lycaste could only see the colour of the thing as it ascended, a paler shade of turquoise pursuing a small, struggling drop of red… Then they all saw it, the ugly white face gaining clarity as it followed them in the murk. Its huge, deep-set eyes were curious, the mouth studded with splintered teeth. Lycaste recoiled as he watched it; the face looked almost benignly human under the distorted light, an air of bewildered humour dancing in those warped eyes as it closed the distance, as if all it wanted to do was play.

Suffice to say the monster loses its charm fairly quickly, but I’ll stop there. Many thanks to Mary for the chance to describe my creepiest scene, and thank my reckless father if it scares you too.

Tom Toner was born in Somerset, England, in 1986. After graduating with a degree in fine art from Loughborough University and the FHSH in Schwäbisch Hall, Germany, he moved to Australia. There he taught life drawing and worked in an art gallery near Melbourne. Upon returning to England he completed his debut novel, The Promise of the Child. Toner lives in London.