Rod Duncan is joining us with his novel The Fugitive and the Vanishing Man, the concluding chapter in the “Map of the Unknown Things” series. Here’s the publisher’s description:

Ladies and gentlemen, for the very final time, Elizabeth and Edwin Barnabus will perform the grand illusion of the Vanishing Man.

Elizabeth Barnabus is a mutineer and a murderer. So they say. The noose awaits in Liverpool as punishment for her crimes. But they’ll have to catch her first.

Disguised as a labourer, Elizabeth flees west across America, following a rumour of her long-lost family. Crossing the border into the wilds of the Oregon Territory, she discovers a mustering army, a king who believes he is destined to conquer the world, and a weapon so powerful that it could bring the age of reason crashing down.

In a land where politics and prophecy are one and the same, the fate of the Gas-Lit Empire may come to rest on the perfect execution of a conjuring trick… 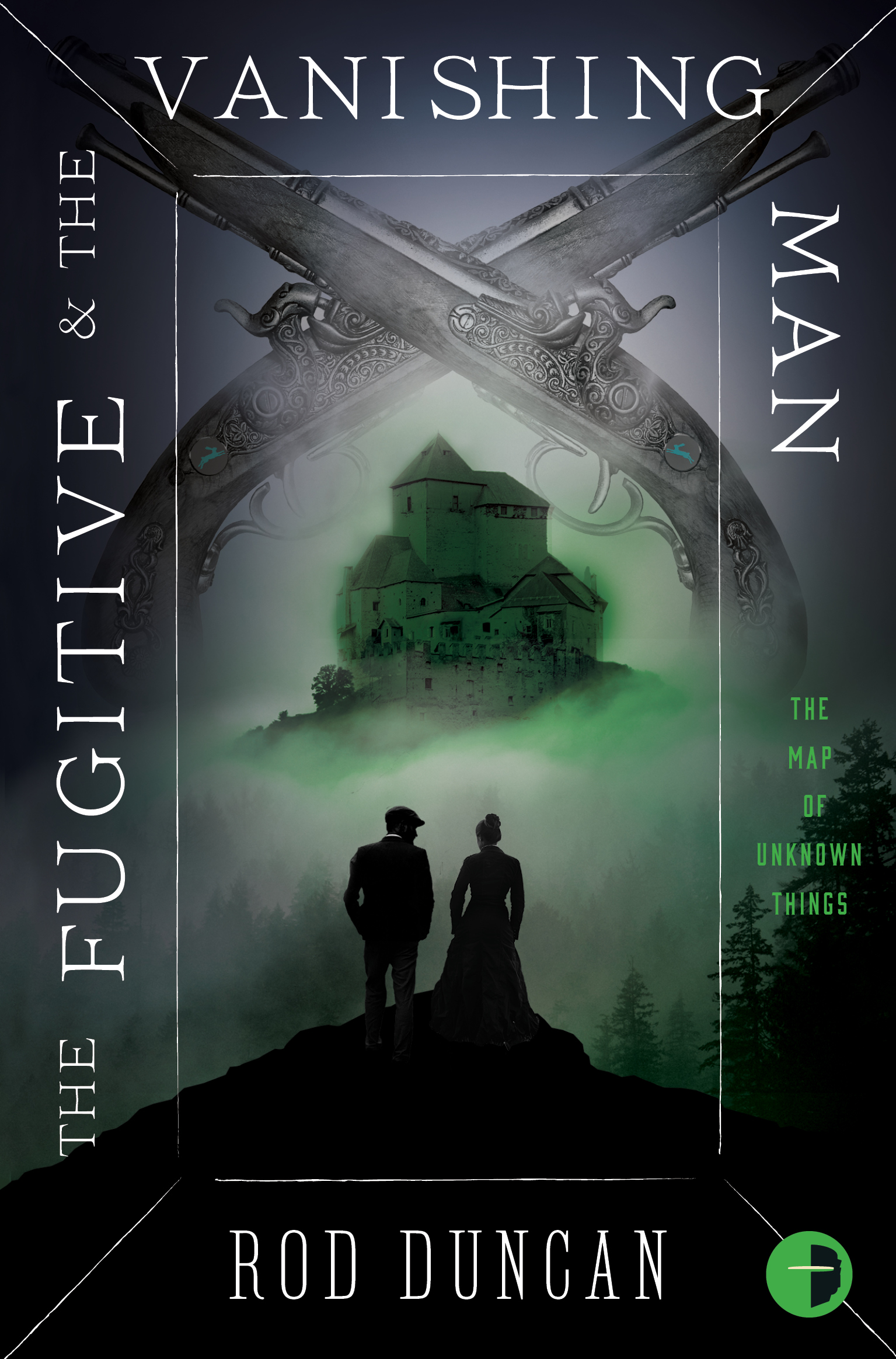 My favourite part of this book is, without question, a conjuring trick. My protagonist, Elizabeth Barnabus, learned how to perform The Vanishing Man when she was growing up in a travelling show run by her parents. Years have passed. But when she is reunited with a fellow performer from the show, she finds herself having to stage the trick one more time.

Much rests on the outcome. Persuade the right people that their magic is real and they’ll be able to shape the future of the world. Fail and they’ll be unmasked as mere conjurors. Death would follow.

I’ve had this trick in my mind for more than six years. You’ll find clues to it in The Bullet-Catcher’s Daughter, which was the very first novel set in the Gas-Lit Empire. Not that I’d worked out the precise mechanism at that time. My notion was something like this: Note to self – devise a spectacular disappearing act as the grand finale at the end of the second trilogy.

Writing it, however, proved a challenge. A conjuring trick in a novel follows the same storytelling pattern as a heist. It works like this:

In order to write a fictional heist or conjuring trick, it must be worked out backwards. Everything is so intricately connected that the writer needs to start by figuring out what happens at the end. Then, step by step, they reverse through the story until the starting point is revealed. Meticulous planning is needed to make it all seem unplanned. In that way, the writing itself becomes like a conjuring trick.

Watch carefully. Elizabeth walks the length of a banqueting table, kicking away plates and wine goblets as she goes, pistol in hand. Three hundred pairs of eyes are watching, from the king and the courtiers down to the kitchen boys.

The Fugitive and the Vanishing Man Universal Book Link

ROD DUNCAN writes alternate history, fantasy and contemporary crime. His novels have been shortlisted for the Philip K Dick Award, the East Midlands Book Award and the John Creasey Dagger of the Crime Writers’ Association. A dyslexic with a background in scientific research, he now lectures in creative writing at DeMontfort University. Some might say that he is obsessed with boundary markers, naive 18th Century gravestones and forming friendships with crows. But he says he is interested in the way things change.
Did you know you can support Mary Robinette on Patreon!