Parker Peevyhouse is joining us today to talk about her novel Strange Exit. Here’s the publisher’s description:

Seventeen-year-old Lake spends her days searching a strange, post-apocalyptic landscape for people who have forgotten one very important thing: this isn’t reality. Everyone she meets is a passenger aboard a ship that’s been orbiting Earth since a nuclear event. The simulation that was supposed to prepare them all for life after the apocalypse has trapped their minds in a shared virtual reality and their bodies in stasis chambers.

When Lake reveals the truth to a fellow passenger, seventeen-year-old Taren, he joins her mission to find everyone, persuade them that they’ve forgotten reality, and wake them up. But time’s running out before the simulation completely deconstructs, and soon Taren’s deciding who’s worth saving and who must be sacrificed for the greater good. Now, Lake has no choice but to pit herself against Taren in a race to find the secret heart of the sim, where something waits that will either save them or destroy them all. 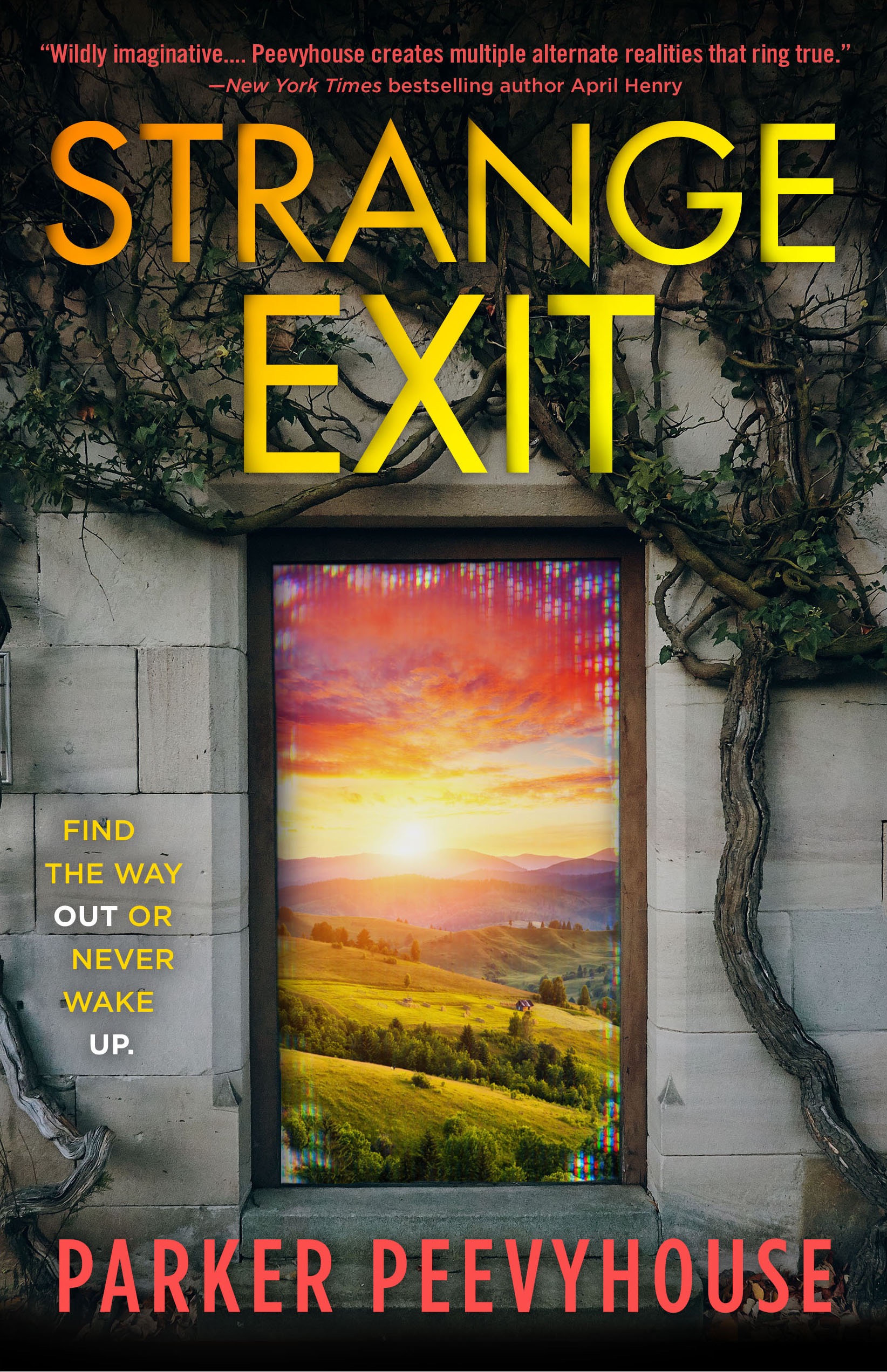 As the youngest of five, I can safely say that younger sisters are worth their weight in books. My original idea for my latest novel, Strange Exit, was that it would be set in a simulation and would follow a 17-year-old and her younger sister. Sometimes I envisioned the older sister, Lake, searching a broken sim for her sister. And sometimes I envisioned Lake searching with her sister, an indispensable partner who simultaneously annoys and encourages Lake. In the end, what most excited me about writing the story was that it could be about both: Lake could search the sim for Willow with the help of… Willow.

Strange Exit takes place decades after a nuclear apocalypse, when survivors live in a simulation meant to prepare them for life after nuclear winter—but they’ve forgotten that the sim isn’t reality. Lake is one of the few who realizes the truth, and she searches the sim for “sleepers” to wake with the help of a computer-generated version of her sister Willow.

Lake and Willow’s partnership was my favorite element of the book to write, because I got to draw from my own experience with the contentious, hilarious, helpful, and totally steadfast bond of an older and younger sister. A younger sister myself, I know what it’s like to chafe at not being taken seriously, to long to capture an older sister’s attention—and to settle for mutual exasperation. At one point in the story, Willow complains, “You think everything I do is annoying,” a grievance no doubt voiced by little sisters the world over. Lake replies, “Good thing I’d rather be annoyed by you than entertained by anyone else,” which is the kind of concession I imagine my older sisters giving me and meaning with all their hearts.

The person Lake most wants to rescue from the sim is, of course, the real Willow. But in moments when Lake succumbs to the dream-logic of the sim, she forgets that the computer-generated version of Willow isn’t her real sister. And in moments when Lake is most lucid, she remembers an even more painful truth: Willow never survived the nuclear apocalypse, and so Lake will never find her. One day, Lake hopes to rescue all the sleepers and get out of the malfunctioning sim before it swallows her along with them—but that day will also be the last Lake can spend with the “figment” of Willow, the only version of her sister left in the world. It’s this dilemma that most intrigues me about the story; it makes me wonder which I’d rather have—a simulated version of my sisters or no sisters at all.

One of my older sisters reads all of my stories before they ever get to publication (and many stories that will never see publication). I dedicated Strange Exit to her, not only because she’s a trusted reader but also because I figure I owe her for modeling the dynamic I tried to achieve in the book—that of an older sister letting a younger one tag along, not out of kindness, but because she might secretly enjoy the company. Or at the very  least, because she’s desperate for someone to tell her a good story.