Reed King is joining us today to talk about his book FKA USA. Here’s the publisher’s description:

In Reed King’s wildly imaginative and possibly prescient debut, the United States has dissolved in the wake of environmental disasters and the catastrophic policies of its final president.

It is 2085, and Truckee Wallace, a factory worker in Crunchtown 407 (formerly Little Rock, Arkansas, before the secessions), has no grand ambitions besides maybe, possibly, losing his virginity someday.

But when Truckee is thrust unexpectedly into the spotlight he is tapped by the President for a sensitive political mission: to deliver a talking goat across the continent. The fate of the world depends upon it.

The problem is―Truckee’s not sure it’s worth it.

Joined on the road by an android who wants to be human and a former convict lobotomized in Texas, Truckee will navigate an environmentally depleted and lawless continent with devastating―and hilarious―parallels to our own, dodging body pickers and Elvis-worshippers and logo girls, body subbers, and VR addicts.

Elvis-willing, he may even lose his virginity. 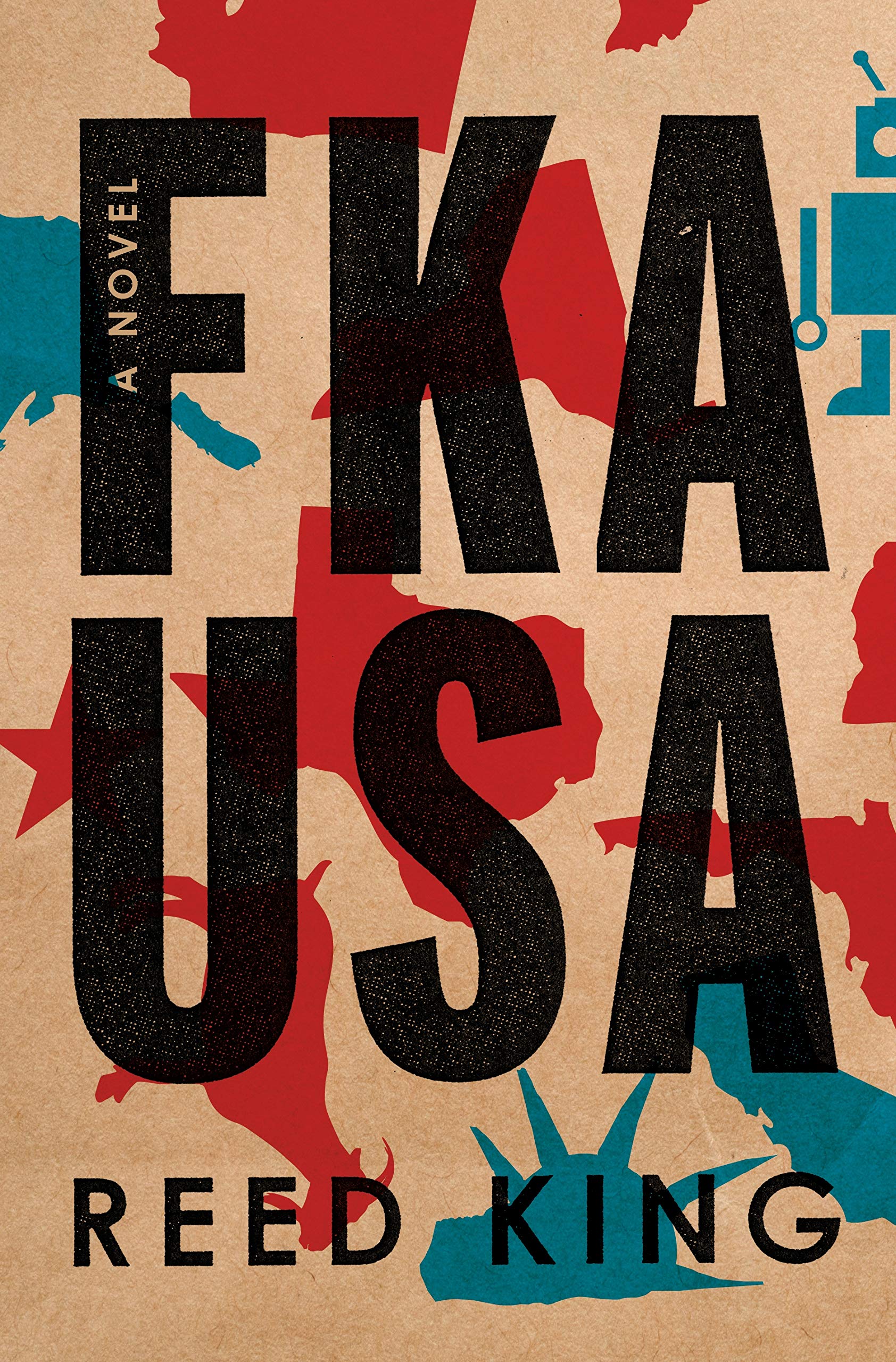 It’s a little bit funny to wax poetic about one’s own writing—it gives the similarly squirmy feeling of discomfort of being discovered for some disgustingly indulgent personal habit, like revealing a private pleasure in the smell of one’s own dirty socks—but I will take inspiration from Barnaby, Gentleman, Scholar, and Talking Goat, who would no doubt have no trouble finding one thousand words (or one hundred thousand) of praise for the short section in which he takes the narrative reins and gives us his backstory.

FKA USA has always felt to me like a completely foreign interpolation in my brain—unlike anything else I had written, and full of characters who truly seemed to headbutt their way into existence without my permission—and at the same time, like an integration (some would say, collision?) of basically all of my interests, influences, and extremely diverse passions. Biotechnology and political science, cultism and VR, classic literature of all stripes, from Frank L. Baum to Douglas Adams to Trollope—yes, that Trollope.

I’ve always loved to escape into worlds. I’ve always loved hefty books with big page counts and too much detail. This is reflected in my work (and in many Goodreads reviews—but that’s another story). The story-within-a story subsections that grant first-person narration to some of the secondary characters was an idea born out of (I’m semi-ashamed to admit) lazy recollections of 19th– and 20th– century works, notably Tom Jones and The Turn of the Screw, which in my (indolent) memory (may have) made use of nesting structures and also the kind of passing of the narrative baton.

Also, there was no way Barnaby was going to let me get through 450 + pages without once steering the book.

It’s always kind of cringeworthy when writers talk about their characters as if they are real, other-beings, with independent existences and characteristics and demands. It’s somewhat like when people refer to themselves in the third person: like proof of pretention so big it has to have its own domain. But actually, writing does seem to work both in- and out-side of the self, much like any good romantic relationship. In other words: books seem to have their own independent stories, their own needs and will; but they also seem to be connected to your story, to what you wanted to say, to what you were looking to answer. And they must be willing to work with you.

I did not know that I would find a goat in this book. I certainly did not know that he would be a talking goat. I did not even know what book I was writing, by the time Billy Lou Ropes ended up on a crosswalk with his arms roped around a live animal–a living, breathing creature, made not by man but some riot of chance and evolution and quantum physics and timespace, or by what many people call God—in context, and in Truckee’s world, a fatal thing. I was just following Truckee’s voice, and it led me to the crosswalk, and to the warmth of the goat that pinned Truckee beneath his weight. 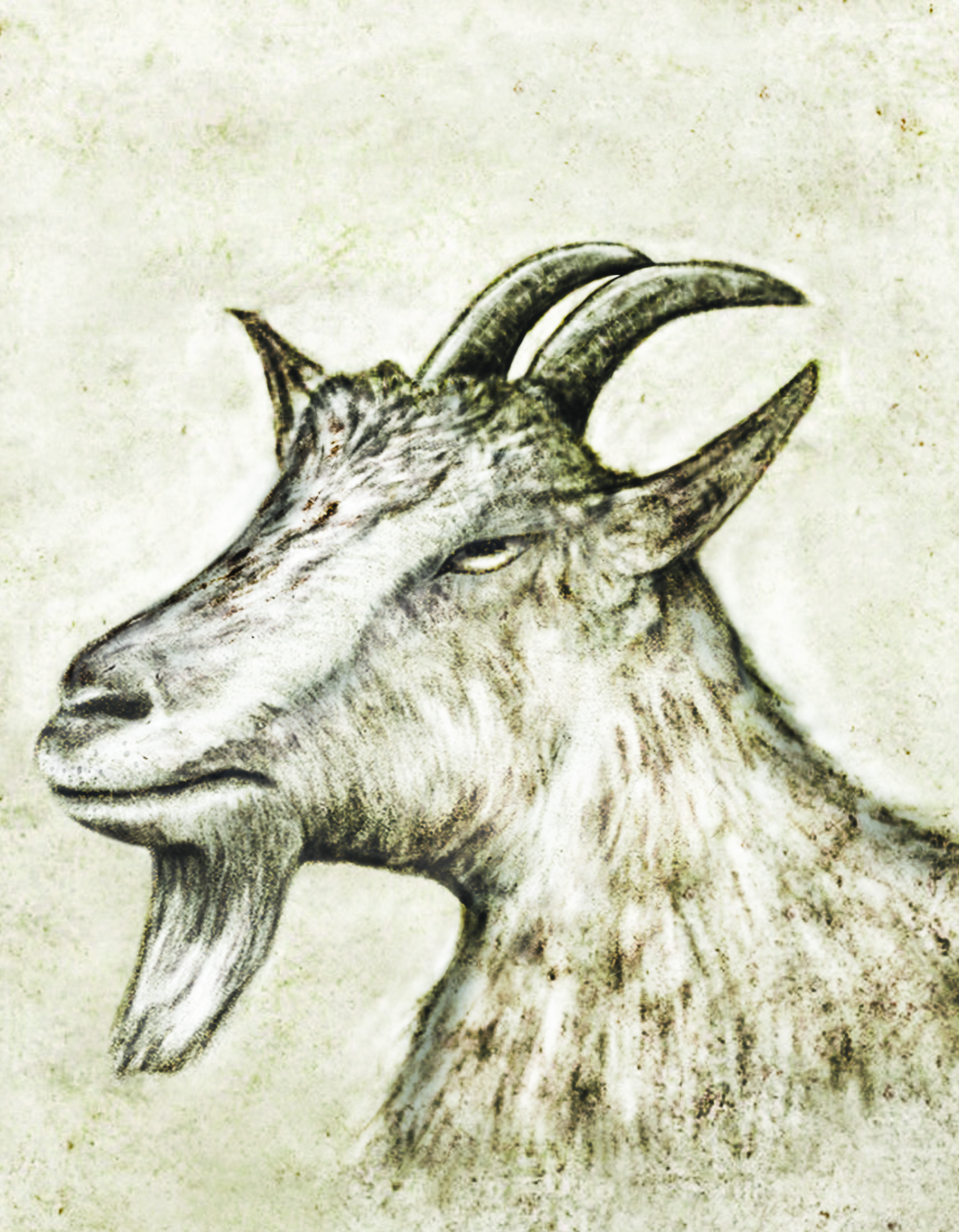 I like writing for the same reason I like reading, and it gives me much of the same sense of discovery. So it was much to my surprise when—without question, without doubt—I turned the mental page in my mind and heard that goat actually speak. He had to speak, because I heard him speak, in my head, but I knew it was him speaking, and not me.

And then, of course, I had to explain how it was possible a goat could speak.

The section in which he narrates his history at and escape from Lagunda-Honda is probably my favorite because, to be honest, it was really easy. (See aforementioned mental laziness as a factor.) You know how everyone has that one aunt or neighbor or classmate whose voice is so stridently audible it serves as a kind of warning signal to steer clear? Barnaby is like that. Once you hear him, you cannot unhear him. He will certainly make sure of it.

I was as delighted as anyone else to learn about Barnaby’s earliest memories and his fondness for Latex gloves. I literally did not experience any word of any portion of that section as “writing.” It felt just like transcribing—then, and every time Barnaby hoofed his way onto central-page.

One of my favorite aphorisms about writing is that the only criticism you can level meaningfully against a book is if it fails to live. Barnaby’s entrance—warm, profane, alive, and, you know, goat-y—into the clinical manipulations of Crunchtown 407 provoked a seism both on the page and in my imagination: suddenly, the words I was cranking down the line, one after another, blew apart. Suddenly, someone else was speaking.

And at the same time, the whole book came to life.

Reed King is the pseudonym for a New York Times bestselling author and TV writer.