Agnes Gomillion is joining us today to talk about her novel The Record Keeper. Here’s the publisher’s description:

The Record Keeper is a visceral and thrilling near-future dystopia examining past and present race relations.

After World War III, Earth is in ruins, and the final armies have come to a reluctant truce. Everyone must obey the law–in every way–or risk shattering the fragile peace and endangering the entire human race.

Arika Cobane is on the threshold of taking her place of privilege as a member of the Kongo elite after ten grueling years of training. But everything changes when a new student arrives speaking dangerous words of treason: What does peace matter if innocent lives are lost to maintain it? As Arika is exposed to new beliefs, she realizes that the laws she has dedicated herself to uphold are the root of her people’s misery. If Arika is to liberate her people, she must unearth her fierce heart and discover the true meaning of freedom: finding the courage to live–or die–without fear. 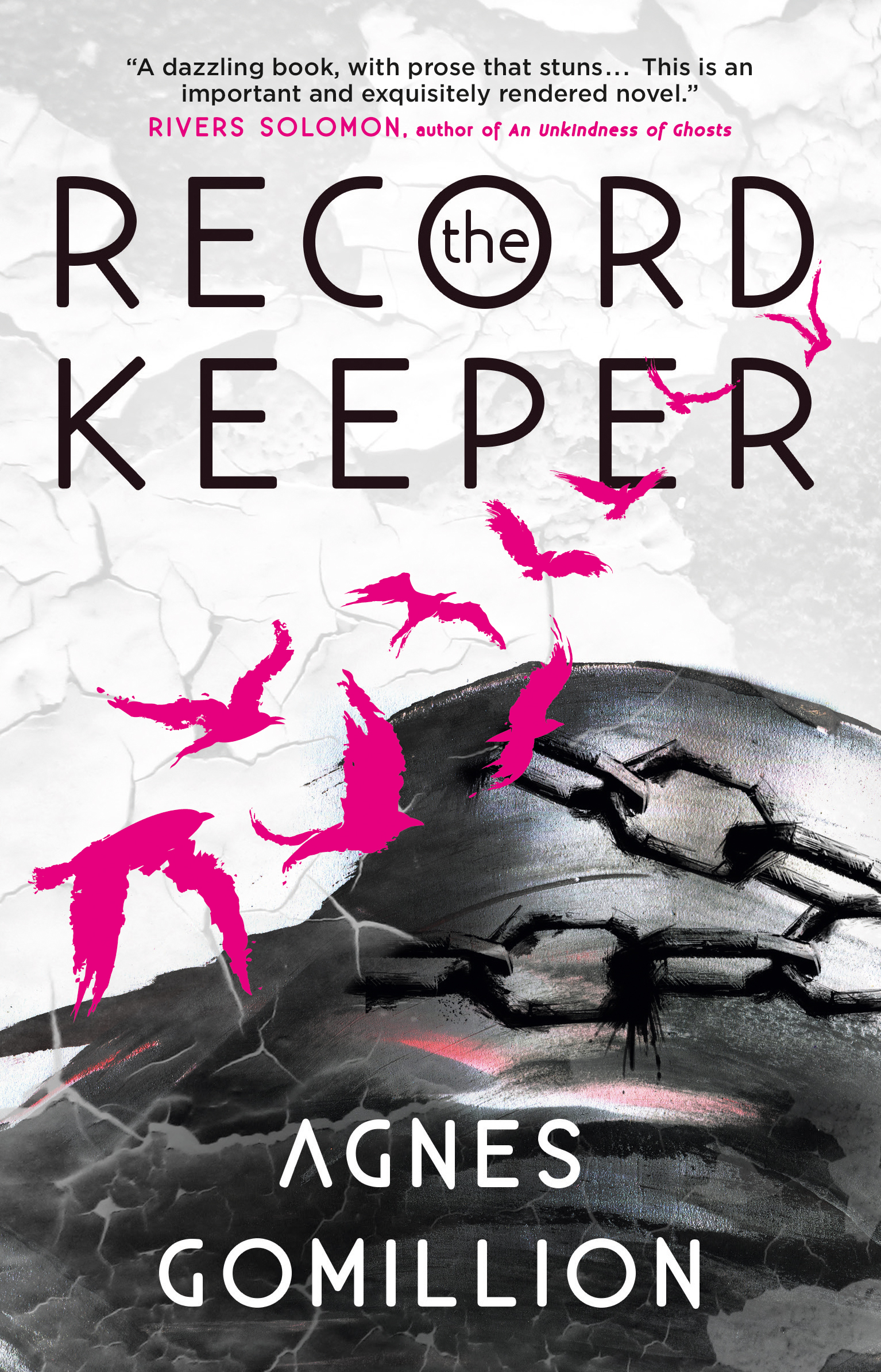 My favorite bit of The Record Keeper is my heroine, Arika’s, weapon of choice, the Double Helix. The Helix is a thin metal tube scientifically coded with its owner’s DNA. It has the ladder-like shape of the two-stranded Double Helix etched into its side. And, like DNA, the Helix stores magnificent amounts of genetic information about its owner’s past and potential. Consequently, the Helix knows its owner intimately – often better than the owner knows herself.

In the wrong hands, the Helix will remain a tube. But, when grasped by the person that matches its coding, the Helix instantly transforms into a weapon of war. A rapier, nunchucks, a boomerang or billy club – the Helix can form innumerable combat tools, with one limitation: it’s only as powerful as its owner’s will.

Modern American scientists are aware of the power of an individual’s will – although will is notoriously difficult to define. In the sports world, coaches often talk about will in terms of “intangibles”. In entertainment, they call it “the X factor”. Colloquially, it’s simply called IT. And we all know IT when we see IT.

Whatever the term, it’s clear that possessing this element in large quantity renders an individual magnetic, compelling and unbeatable – superhuman in an indescribable way.

The scientists in Arika’s future America have found a way to measure all types of energy – spiritual, mental and emotional – including the energy of IT.  More, they’ve imbued the Double Helix with the ability to translate IT energy into kinetic force.

So, with the Helix in hand, an individual’s strength of character becomes physical strength, just as forceful as height, weight and muscle density. Which means that a modestly built person – with unique passion and drive – can confidently confront a person twice her size and hope to win the battle.

At first, Arika is shocked to receive such a valuable weapon. When the shock wears off, she eagerly begins training, only to discover that her Helix refuses to transform for her. Day after day, she struggles to wield it. But, despite being coded with her genetics, it remains an innocuous weight in her hand.

Her mentor, Hosea Khan, is little help; although he does tell Arika that she must be blocked. A block, he says, can be spiritual, mental, or emotional. More, it can prevent her from connecting with her Helix – since the Helix knows her true heart and can’t be fooled by the tough façade she shows the world.

Arika’s no fool. She knows exactly where she’s blocked. For years her heart’s been buried in fear and shame. If she can resurrect it and reclaim the woman she was born to be, she can save herself and her people. But, the day of battle is hours away, and she’s running out of time.

AGNES GOMILLION is an #Ownvoices writer and speaker based in Atlanta, Georgia, where she lives with her husband and son. Homegrown in the Sunshine State, Agnes holds a degree in English literature with a focus on African-American literature from the University of Florida and a Juris Doctorate and Legal Master degree from the University of Florida’s Levin College of Law. She is a voracious reader of the African-American literary canon and a dedicated advocate for marginalised people everywhere.  Her debut novel, The Record Keeper, is a literary addition to the afro-futuristic science-fiction genre.