Ilana C. Myer is joining us today with her novel The Poet King, the final book in The Harp and the Ring Sequence. Here’s the publisher’s description:

After a surprising upheaval, the nation of Tamryllin has a new ruler: Elissan Diar, who proclaims himself the first Poet King. Not all in court is happy with this regime change, as Rianna secretly schemes against him while she investigates a mysterious weapon he hides in the bowels of the palace.

Meanwhile, a civil war rages in a distant land, and former Court Poet Lin Amaristoth gathers allies old and new to return to Tamryllin in time to stop the coronation. For the Poet King’s ascension is connected with a darker, more sinister prophecy which threatens to unleash a battle out of legend unless Lin and her friends can stop it. 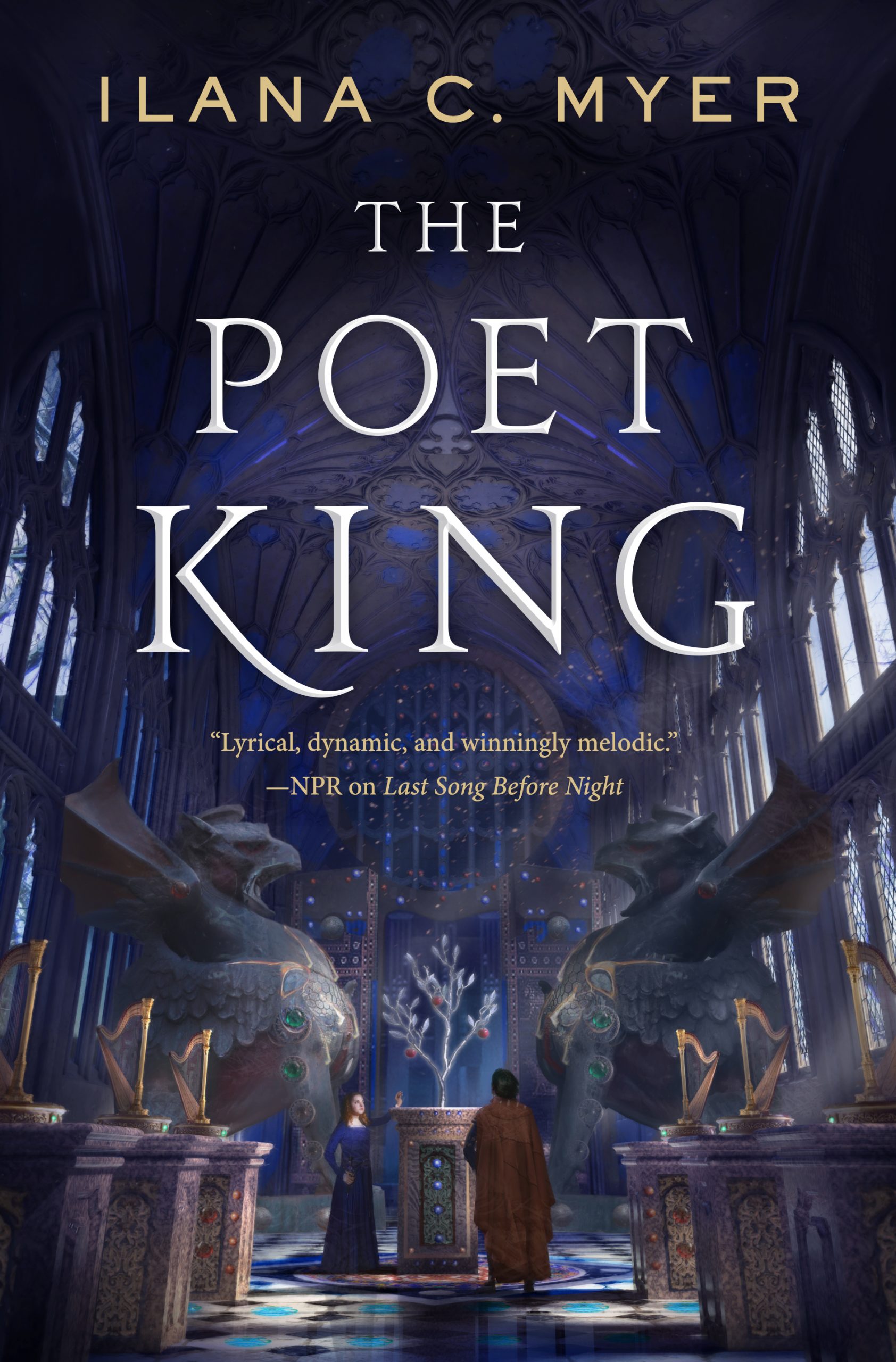 I’m a character-driven writer. This was true from the start of this trilogy, when the first image that came to me was of a woman fleeing through a dark wood. I knew she was injured, but determined. She moved with purpose.

Last Song Before Night was born of a fascination with the Celtic Poets, and the idea of poets holding magical and political power; but that image of the woman’s flight was the true beginning. Somehow I knew even then that she was a poet; but being a woman, would not be accepted in the political mainstream. (That’s right—my invented world is sexist, because I write in order to grapple with lived experience.) And, too, I knew what she ran from was as significant, in its own way, as where she was going.

It’s because I’m a character-driven writer that the second book, Fire Dance, took years to write. I needed time to get to know the new characters, their layers and motivations. Or maybe it’s that they needed time, to grow inside my mind. Otherwise the seductive queen, the weak king, and the sinister vizier would never have transcended cliché to become what they did.

So it was crucial that the final book of the trilogy, the last time each character gets a turn on the stage, would get to the heart of who they are. An ancient magic awakens in The Poet King, and the conventional methods won’t turn it back. Swords won’t work against it. Something else will be required—a different kind of courage.

For as someone well-versed in these matters will note, later on:

“In a pinch—when you find yourself amidst enchantments—the most powerful weapon is truth. The one nearest your heart most of all. A thing poets knew from the world’s beginning, until they lost their lore, and they forgot.”

When swords will not avail, when each character is called upon to confront their deepest desires and fears, nothing goes quite as you expect. No one will end the journey the way they began—if they reach the end at all.

This was my favorite bit about writing The Poet King, and the books that came before. I reveled in the opportunity afforded by fantasy for character discovery and transformation. When it comes to peeling back the layers of deceit to see ourselves, there is nothing like enchantment.

Ilana C. Myer has worked as a journalist in Jerusalem and a cultural critic for various publications. As Ilana Teitelbaum she has written book reviews and critical essays for The Globe and Mail, the Los Angeles Review of Books, Salon, and the Huffington Post. Last Song Before Night was her first novel, followed by Fire Dance and The Poet King. A native New Yorker and longtime Jerusalem resident, she now lives in the mountains of Pennsylvania.