Elizabeth Crowens is joining us today to talk about her novel The Time Traveler Professor, Book One: Silent Meridian. Here’s the publisher’s description:

Sir Arthur Conan Doyle is obsessed with a legendary red book. Its peculiar stories have come to life, and rumors claim that it has rewritten its own endings. Convinced that possessing this book will help him write his ever-popular Sherlock Holmes stories, he takes on an unlikely partner, John Patrick Scott, known to most as a concert pianist, but a paranormal investigator and a time traveler professor to a select few.

Like Holmes and Watson trying to solve a mystery, together they explore lost worlds and their friendship is tested to the limits when they go back in time to find it. Both discover that karmic ties and unconscionable crimes have followed them like ghosts from the past, wreaking havoc on the present and possibly the future.

The Time Traveler Professor, Book One: SILENT MERIDIAN reveals the alternate histories of Conan Doyle, H.G. Wells, Houdini, Jung and other luminaries in the secret diaries of John Patrick Scott, in an X Files for the 19th century. 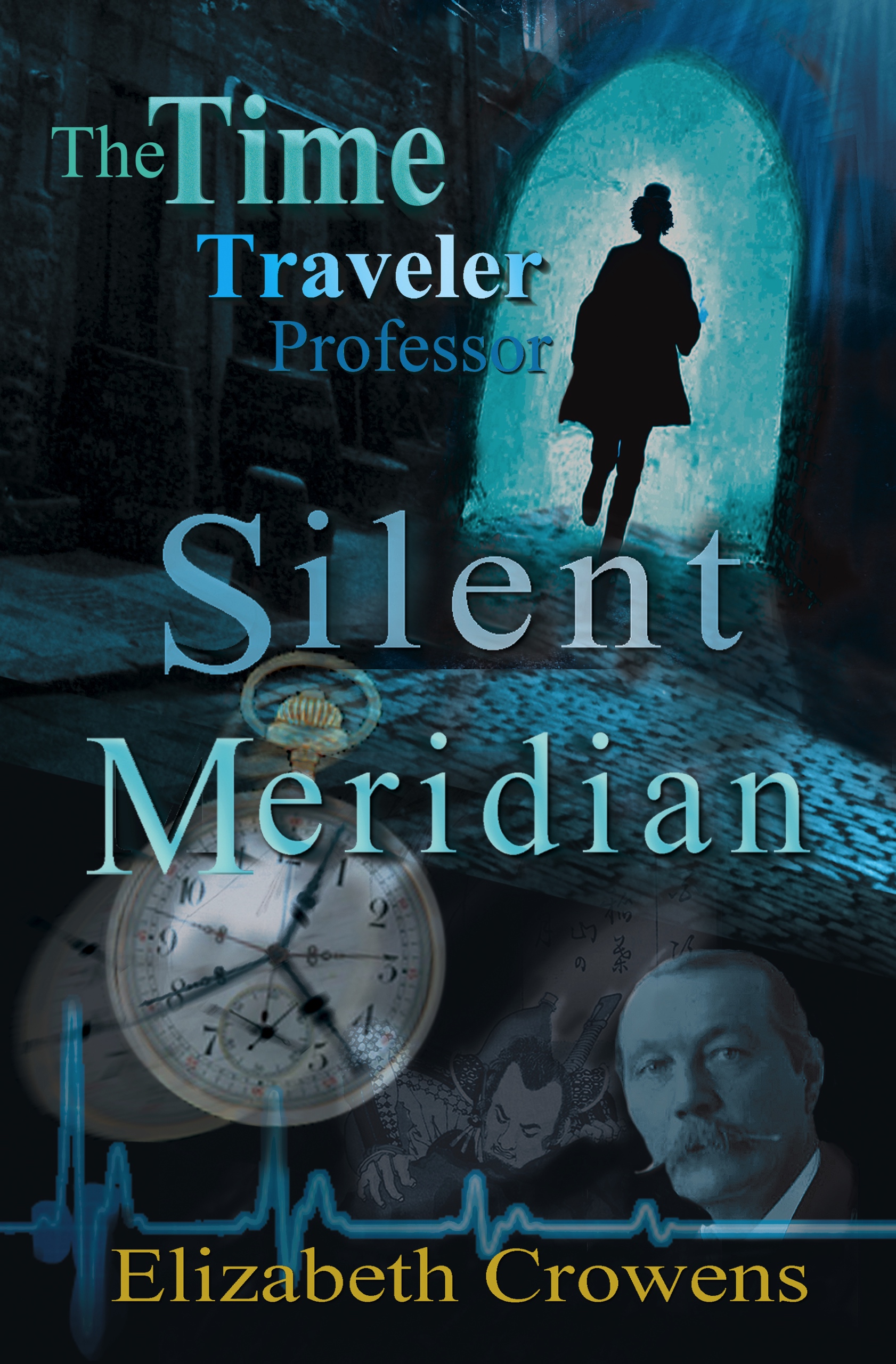 Hands down, my favorite bit about creating The Time Traveler Professor, Book One: Silent Meridian was the research which entailed several trips overseas from my home base in New York to Edinburgh, Scotland, London, Vienna, Prague and six cities in Germany. When it comes to writing, despite the ease of having so much information available on the internet, I tend to be more like a method actor in the way that I have to be physically somewhere to glean the full, immersive experience of it.

Case in point, in Book One I visualized the University of Edinburgh Library completely wrong and was lucky that the original library from the nineteenth century still existed as an event hall, and I was allowed to go up there and take a look. Most photos on the internet pictured the current library which, by its architectural design, appears to have been built during the 1960s.

Another “happy accident” I stumbled upon also happened in Edinburgh. I knew it was unlikely that I’d find a Victorian Scottish slang or dialect dictionary in the U.S. or on Amazon and something that niche would probably turn up somewhere in Scotland. Since I’m an antiquarian book collector, it’s impossible for me to resist going into used and collectibles bookstores, and one day while I was in an antique store I discovered they had books in the basement. Most were junk, but I managed to find what I was looking for from 1878 costing only £30.00. At first when I noticed the penciled in cost, I thought I had misinterpreted it and it was really £300.00. The shopkeeper said they were fairly hard to find, but the price was correct and it was my lucky day.

Once again being in the right place at the right time, I had another occurrence where I stumbled upon a tiny blue door that had a plaque for a Scottish Genealogical Society. Although they were only open to the public two or three days a week, I happened to pick one of the days they were open and walked in. I introduced myself and told them I was trying to find more information on some of the real people my characters were based upon. Somehow the conversation steered in the direction that my protagonist’s real person inspiration had served in British intelligence during WWI, but I couldn’t seem to find any war records. Then one of the volunteers told me about a British intelligence museum in England that also had a library. With all the research I had done online, I had never come across this and wouldn’t have if I hadn’t discovered this other place in Edinburgh. Overall, everyone was very helpful and enjoyed assisting a writer, not caring whether it was for fiction or non-fiction.

Elizabeth Crowens has worked in the film and television for over twenty years and as a journalist and a photographer. She’s a regular contributor of author interviews to an award-winning online speculative fiction magazine, Black Gate. Short stories of hers have been published in the Bram Stoker Awards nominated anthology, A New York State of Fright and Hell’s Heart. She’s a member of Mystery Writers of America, The Horror Writers Association, Romance Writers of America, the Authors Guild, Broad Universe, Sisters in Crime and a member of several Sherlockian societies. She is also writing a Hollywood suspense series.