Ed Ruggero is joining us today with his novel Blame the Dead. Here’s the publisher’s description:

Set against the heroism and heartbreak of World War II, former Army officer Ed Ruggero brilliantly captures, with grace and authenticity, the evocative and timeless stories of ordinary people swept up in extraordinary times.

Sicily, 1943. Eddie Harkins, former Philadelphia beat cop turned Military Police lieutenant, reluctantly finds himself first at the scene of a murder at the US Army’s 11th Field Hospital. There the nurses contend with heat, dirt, short-handed staffs, the threat of German counterattack, an ever-present flood of horribly wounded GIs, and the threat of assault by one of their own—at least until someone shoots Dr. Myers Stephenson in the head.

With help from nurse Kathleen Donnelly, once a childhood friend and now perhaps something more, it soon becomes clear to Harkins that the unit is rotten to its core. As the battle lines push forward, Harkins is running out of time to find one killer before he can strike again. 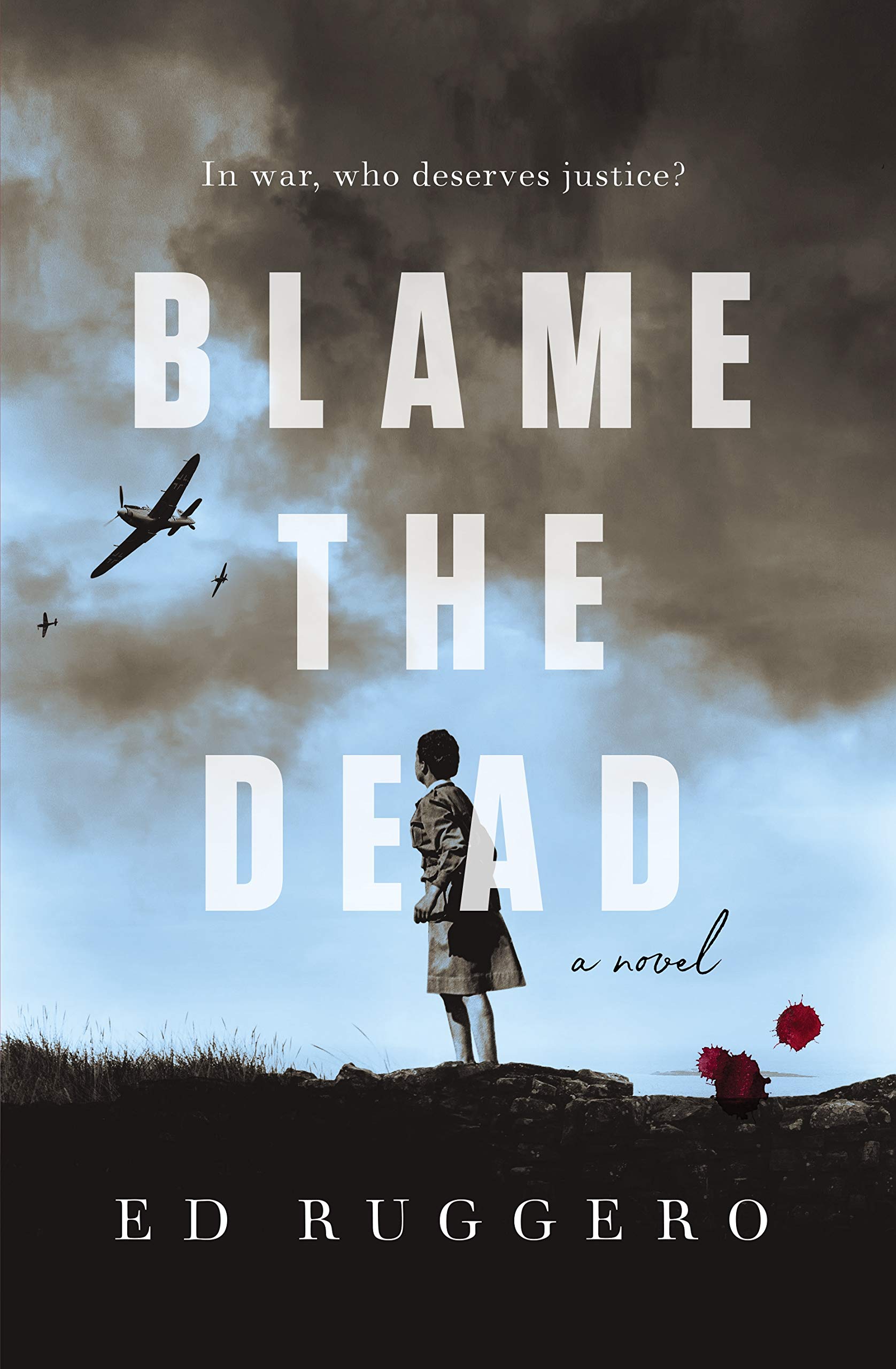 He thought about Kathleen Donnelly, her tired eyes and blood-splattered uniform, her dazzling competence and the way her mouth tasted.

That’s how the protagonist of my novel, Blame the Dead, remembers an Army nurse who is a major character in the book. What surprised me, as I looked back at early drafts, was that Kathleen didn’t even exist in original versions.  As it turned out, I thoroughly enjoyed researching and then writing about the US Army nurses who are part of the backbone of this tale. I learned that those women who volunteered for the Nurse Corps defied 1940s stereotypes of what women were capable of—surprising themselves in the bargain—all in service of their patients.

For starters, nursing was not a universally respected profession at the beginning of the war.  Some women were accused of volunteering in order to find a husband (though one can imagine safer places to look than a war zone). Public perception shifted a bit when First Lady Eleanor Roosevelt—who had four sons serving in the military—penned a bit of a guilt-trip editorial for the American Journal of Nursing, part of an appeal for 40,000 volunteer nurses. “I just want my boys to have the best care.  Won’t you do that for them?”

Once the women reached the war zone, they impressed commanders by quickly adjusting to harsh conditions with minimum complaint, which made the women an essential part of the team. The nurses’ presence helped reassure wounded soldiers that they’d be well-cared for.

Speaking of the war zone, I learned that nurses went ashore with the first waves of Allied assault troops in North Africa in November 1942.  You read that correctly: the first wave.

We’ve all seen iconic newsreel footage of heavily laden soldiers clinging to cargo nets on the rolling cliff-face that was a ship’s side, timing their final jump into a bobbing landing craft.  In that first major invasion, Operation Torch, some of those GIs were women, with medical bags on their backs, and only their Red Cross arm bands and lack of personal weapons to distinguish them from the combat soldiers.  The women dug foxholes on the rocky beach for protection from enemy fire and immediately began caring for the wounded. Since it took several days for their equipment to make it ashore, the nurses had to rely on the medical supplies they carried on their backs.  And because it was critical that medical care be available close to the front (to shorten the distance the wounded had to travel), the nurses worked snug up against the battle lines.

Four American nurses showed particular courage under fire at the claustrophobic Anzio beachhead, where the Allied landing force was surrounded by Germans in what the GIs called “Hell’s Half Acre.”

In February 1943, enemy artillery and aerial bombs struck a field hospital in the tight beachhead, killing a number of patients and medical personnel, including two nurses.  During the bombardment, four other nurses, working only by flashlight, evacuated 42 patients to a safer location. The four were awarded the Silver Star, America’s third highest award for valor in combat. Sadly, one of the four women, Second Lieutenant Ellen Ainsworth of Wisconsin, had been mortally wounded in the attack and received her award posthumously.  She was 24 years old.

In every theater of the war, military nurses served admirably, often under brutal conditions. In Sicily, where Blame the Dead is set, hospital staffs contended with heat, dirt and flies, with a steady flow of broken bodies streaming back from the front. They lived and worked in difficult conditions, including the threat of sudden, violent death.  And while they may have volunteered initially out of a sense of duty to the country, they shouldered those daily burdens because their patients needed them.

ED RUGGERO is a West Point graduate and former Army officer who has studied, practiced, and taught leadership for more than twenty-five years. His client list includes the FBI, the New York City Police Department, CEO Conference Europe, the CIA, the Young Presidents Organization, Forbes, among many others. He has appeared on CNN, The History Channel, the Discovery Channel, and CNBC and has spoken to audiences around the world on leadership, leader development and ethics. He lives in Philadelphia.