Jeff Wheeler is joining us today to talk about his novel The Killing Fog. Here’s the publisher’s description:

Survivor of a combat school, the orphaned Bingmei belongs to a band of mercenaries employed by a local ruler. Now the nobleman, and collector of rare artifacts, has entrusted Bingmei and the skilled team with a treacherous assignment: brave the wilderness’s dangers to retrieve the treasures of a lost palace buried in a glacier valley. But upsetting its tombs has a price.

Echion, emperor of the Grave Kingdom, ruler of darkness, Dragon of Night, has long been entombed. Now Bingmei has unwittingly awakened him and is answerable to a legendary prophecy. Destroying the dark lord before he reclaims the kingdoms of the living is her inherited mission. Killing Bingmei before she fulfills it is Echion’s.

Thrust unprepared into the role of savior, urged on by a renegade prince, and possessing a magic that is her destiny, Bingmei knows what she must do. But what must she risk to honor her ancestors? Bingmei’s fateful choice is one that neither her friends nor her enemies can foretell, as Echion’s dark war for control unfolds.

What is Jeff’s favorite bit? 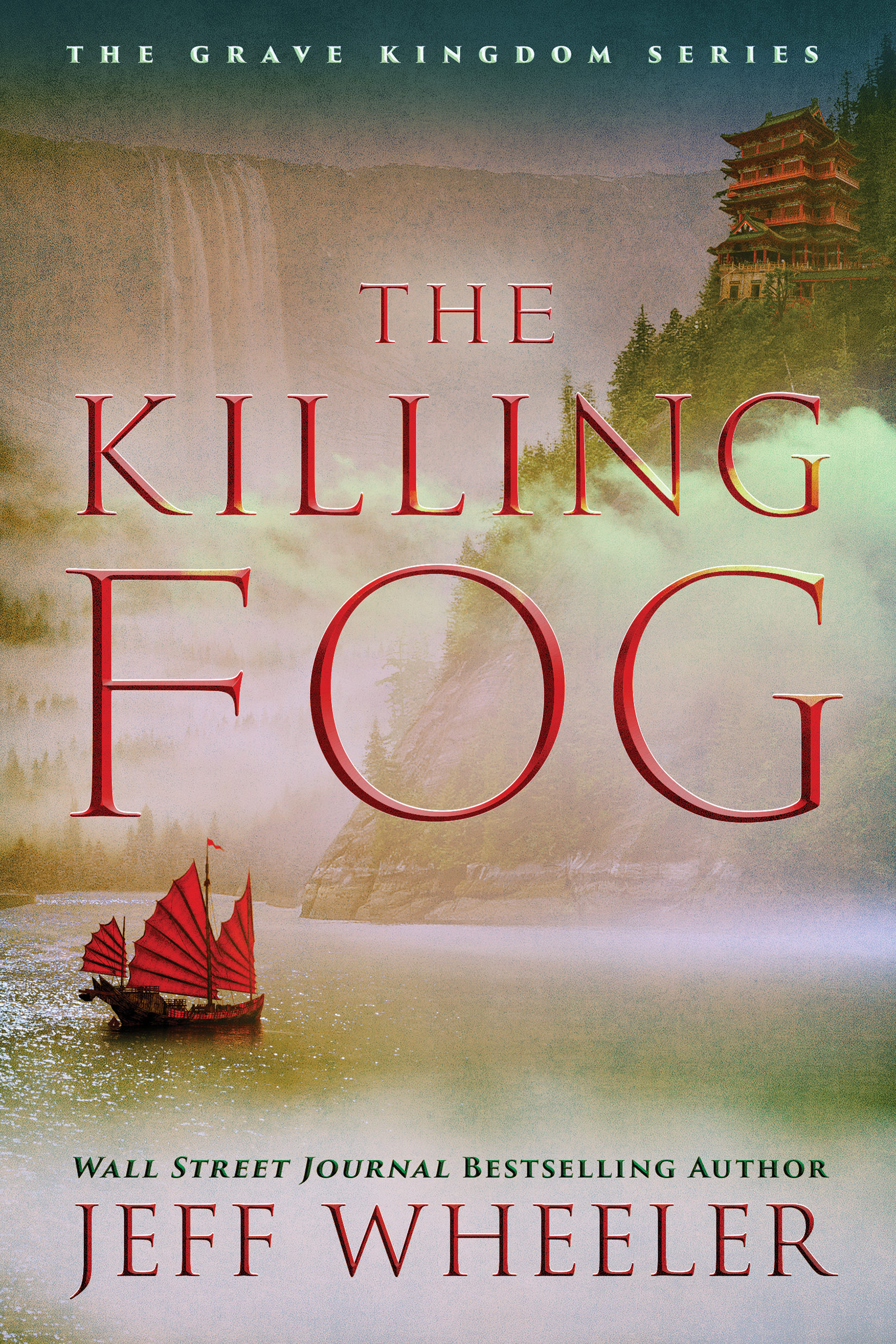 When I was young, I used to watch the TV show Kung Fu with David Carradine. I respected the loner monk wandering through America’s Wild West and taking out the bad guys. During high school, one of my favorite films was Big Trouble in Little China,  just for the great martial art medley of different styles they demonstrated. What many don’t know about me is that I’ve been a practitioner of many forms of Kung Fu for almost thirty years, starting at Wing Lam Kung Fu school in Silicon Valley after my missionary service.

When I was inspired to write The Killing Fog after a month-long trip to China, I chose to set it in a world with the geography of Alaska and the culture of medieval China. Instead of palaces and royalty, I wanted to focus on the martial artists. The protagonist of the story, Bingmei (a name which means ‘ice rose’ in Chinese), is the granddaughter and daughter of a family who owns a fighting school, which are called “ensigns” (based on the flag or standard they use, relating to the school).

One of the interesting things to me about Chinese martial arts is how the movements are named after different birds and animals—like the set Tiger-Crane in the Hung Gar tradition. In the northern part of China, where Kwai Chang Caine studied at the Shaolin temple in the TV show Kung Fu, that style of kung fu is very flowing and has magnificent twirling kicks and speedy maneuvers. That’s the first variety of kung fu I studied. Your opponent could be a distance from you and through leaps and flying kicks, you close the distance to deliver a blow. In the southern part of China, a different kind of kung fu was taught called Hung Gar. It’s a more aggressive, close-quarter kind of style with animal grunts that are incorporated into it, as well as blocks that can break an opponent’s arm. A friend of mine from Intel studied Hung Gar at the same school and we ended up cross-training each other in all the sets we’d learned, including the weapon sets.

In The Killing Fog, Bingmei practices forms with staves, unarmed, as well as with various kinds of swords. I’ve practiced with these weapons myself, but I didn’t want the descriptions to be so technical that it would confuse readers. Instead, I tried to capture the feelings of performing these sets and not just recite a blow-by-blow narrative of what happens. If you’ve ever seen the movie Crouching Tiger, Hidden Dragon, you know that a fast-paced fight scene takes a lot of choreography to perfect. That movie was based on a series of Wuxia novels, which are stories about generations of Chinese warriors who wander the world looking for honor and enemies to defeat. It’s one of my all-time favorite films but not just for the display of martial arts. The character building and relationships in the movie are so subtle, but when you know what to look for, you can see the deepest tenderness in just a glance of the eye and the unspoken words between two characters who love each other. I read books like this to immerse myself in the genre while keeping an eye on how they described the fighting styles.

While my imagination comes up with a lot of interesting things, writing this book and the Grave Kingdom series, which are independent from my other novels, it was so fun making a fresh start and weaving in a part of my life that has been there for so long. My oldest daughter gets home from her mission when The Killing Fog comes out and I can’t wait to share it with her. Before she left, we spent our last summer training in kung fu and teaching her some of the sets that I learned so long ago. It was a great bonding moment between the two of us, and she’s told me that she has continued to practice while she’s been away and looks forward to learning more when she returns.

Bingmei’s world is a lot harsher than the one we live in. While ancient forms of fighting have been passed down within families, history has not. There is no written language, no knowledge of where the ancient buildings and palaces came from. No understanding of why the Death Wall was built and why no one is allowed to cross it. Most importantly, no one knows who left behind magical relics carved from meiwood and imbued with magical power. People collect these relics to hide them away because if their power is invoked, the presence of magic summons a deadly fog which kills any creature caught within it. And no one knows why.

It’s Bingmei’s destiny to find out.

Jeff Wheeler took an early retirement from his career at Intel in 2014 to write full-time. He is a husband, father of five, and a devout member of The Church of Jesus Christ of Latter-day Saints. Jeff lives in the Rocky Mountains. His books have been on the Wall Street Journal Bestseller list 5 times (for The Thief’s Daughter, The King’s Traitor, The Hollow Crown, The Silent Shield, and Prism Cloud) and have sold more than 4 million copies. His novels have also been published or will be published in many languages: Italian, Chinese, Hungarian, Turkish, Polish, Spanish, Russian, and German.

He is also the founder of Deep Magic: the E-zine of Clean Fantasy and Science Fiction (www.deepmagic.co), a quarterly e-zine featuring amazing short stories, novellas, and sample chapters.