I keep waking up at five a.m. and deeply resenting it. I spent twenty years working in live theater and firmly believe that five a.m. is one of those times that you should only approach from one direction, by staying up all night. I mean, it’s before the sun is even over the horizon.

But I then I read about the idea of the First and Second sleep. Basically, this is the idea that until pretty recently, people slept in two shifts during the night. They’d sleep for about four hours, then get up for an hour or two, then sleep again. When I started running into it in my own research for stuff set during the Regency.

So I decided to try it. Now, when I wake up spontaneously, I just go ahead and get out of bed and putter around, instead of fighting to get back to sleep. The benefit?

This is how I spent my morning. 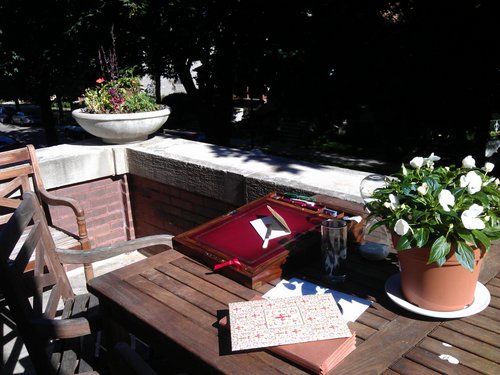 Plus the complete absence of guilt about taking a nap later.

So, how is your day starting?