Ruthanna Emrys is joining us today with her novel Winter Tide. Here’s the publisher’s description:

“Winter Tide is a weird, lyrical mystery — truly strange and compellingly grim. It’s an innovative gem that turns Lovecraft on his head with cleverness and heart” —Cherie Priest

After attacking Devil’s Reef in 1928, the U.S. government rounded up the people of Innsmouth and took them to the desert, far from their ocean, their Deep One ancestors, and their sleeping god Cthulhu. Only Aphra and Caleb Marsh survived the camps, and they emerged without a past or a future.

The government that stole Aphra’s life now needs her help. FBI agent Ron Spector believes that Communist spies have stolen dangerous magical secrets from Miskatonic University, secrets that could turn the Cold War hot in an instant, and hasten the end of the human race.

Aphra must return to the ruins of her home, gather scraps of her stolen history, and assemble a new family to face the darkness of human nature.

Winter Tide is the debut novel from Ruthanna Emrys. 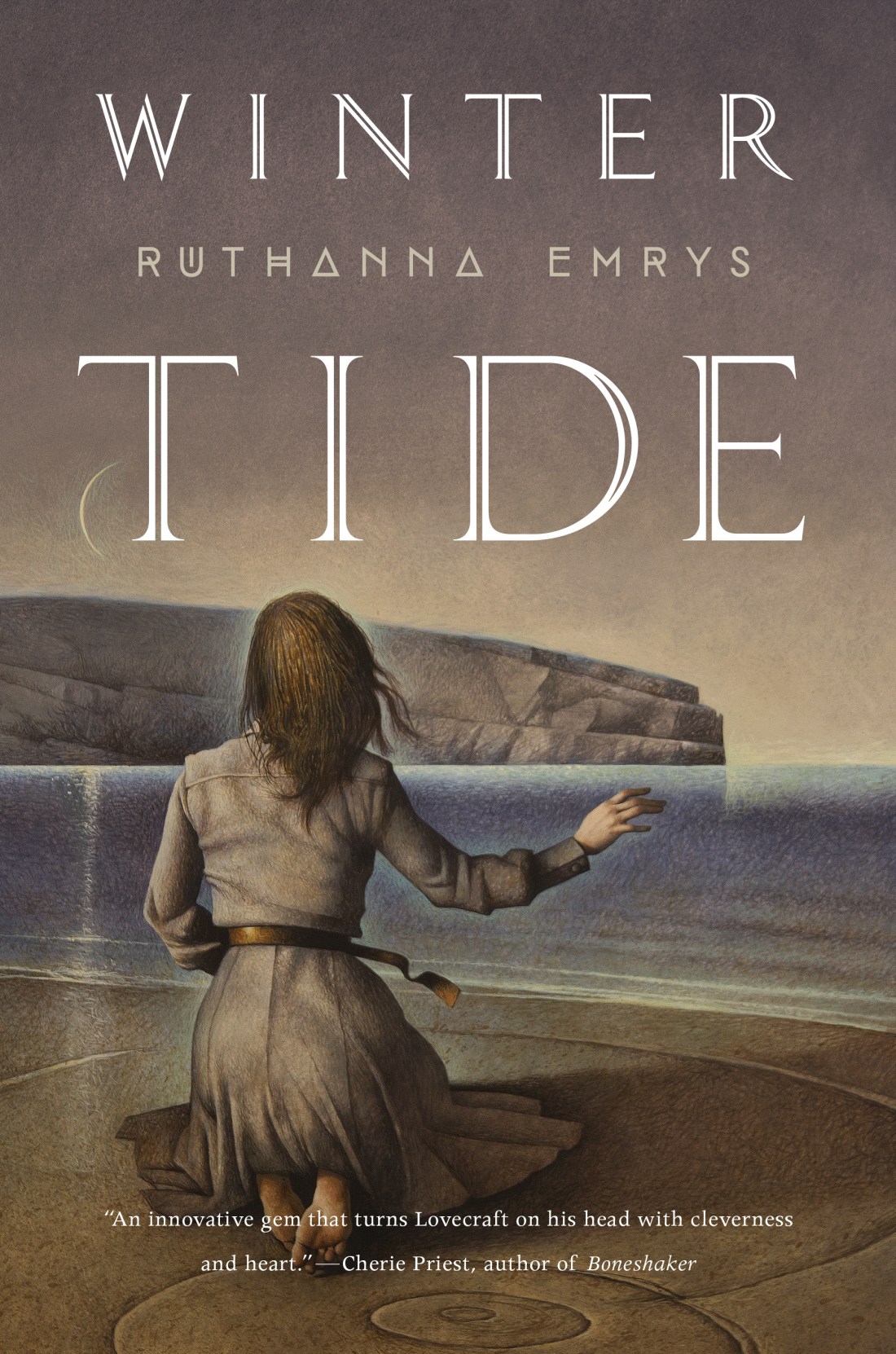 Ron Spector is among the core supporting characters in Winter Tide. One of the few FBI agents to specialize in matters eldritch, he kicks off the plot by asking Aphra to help him out with an investigation… that just happens to coincide with her own desire to retrieve her family’s stolen books from Miskatonic University… that just happens to coincide with his own desire to prove Aphra’s worth to his bosses. I never intended to base him on my great-uncle.

Ron is a gay Jewish man, working for the US government in a time when closets are mandatory and unthinking antisemitism rampant. This all seemed perfectly organic to a book about the intersection of real and fantasaic oppression. My Cthulhu-worshipping Deep Ones were never intended to stand in for any real-world race or religion, but to hold up a funhouse mirror to real-world prejudices. In a world (ours) where any minority will be treated ill and subject to assumptions, what’s universal? How will a bunch of long-lived aquatic humanoids be treated just like Jews or African Americans or Nikkei or QUILTBAG folk, and how will their experiences be unique? And what happens when they start interacting with those other groups and comparing notes?

Spector, who willingly serves a state in which he’s only marginally accepted, felt like a natural foil to Aphra, who reviles that same state for destroying her family. I didn’t notice from what corner of my subconscious he’d arisen until I was trying to figure out hats. The late 40s fall on the boundary of modern propriety, you see, one aspect of which is that some men still wore hats everywhere, and others had set that bit of fashion aside. Hats are great, offering all sorts of little character moments. You can doff your fedora to show respect, or leave it on inside when distracted. But would Spector wear one? Well, says my wife, why don’t you look at pictures of your Great Uncle Monroe?

Right. My great-uncle, a New York Jew of about Spector’s vintage, who spent time as a diplomatic aide. The one who traveled the world with his “business partner” years after their retirement, lived with him his whole adult life, and left him all his worldly possessions. “But we don’t know that he was gay by modern standards,” my mother said, in her letter accompanying the packet of photos, along with the revelation that Great-Uncle’s hubby was responsible for my family’s obsession with fondue. Uh-huh. It’s true; according to the tenets of cosmic horror, nothing about this world is truly knowable.

So Spector wasn’t based directly on Monroe, but he gained an extra dimension from his real-world equivalent. And that became important as I got further into the book, and saw more ways that he could be a foil for Aphra. One of the things I had fun with, while I wrote, was how all the characters are experiencing their own book—all slightly different genres. Aphra’s book is the one in the blurb, a historical fantasy about building community and trying to put off human extinction for a century or two. Her foster sister Neko is having a bildungsroman about growing into your freedom and figuring out what you really want.

And Ron Spector? He’s stuck in a Lovecraftian cosmic horror story. He’s learning that the universe is larger and stranger and more dangerous than he thought, and trying to come to terms with forces so large and inhuman that merely brushing against them risks life and sanity. But he isn’t Lovecraft’s standard narrator, and that changes his story. He’s strange enough himself that he willingly acknowledges the humanity of anyone he can talk to, and is willing to push that boundary outward even when it’s a struggle. At the same time, the awe-inspiring, brain-breaking scope of a Mythosian universe is a direct challenge to his mostly-assimilated, semi-secular Judaism. He’s fine with the idea that his own religious canons are really just stories written by people, meant as allegorical guidance. He’s less fine when Aeonist texts turn out to be pretty accurate descriptions of what’s out there…

The best cosmic horror is psychological study, a close-up look at what happens when someone’s worldview is turned completely upside down. Winter Tide is about how many ways there are to up-end a worldview. For some people, that upheaval takes horror from beyond the stars. For others, all it requires is a closer look at humanity itself. The whole cast of Winter Tide, whatever kind of book they think they’re in, are right in the thick of both.

Ruthanna Emrys lives in a mysterious manor house on the outskirts of Washington, DC with her wife and their large, strange family. She makes home-made vanilla, obsesses about game design, gives unsolicited advice, and occasionally attempts to save the world. Her stories have appeared in a number of venues, including Strange Horizons, Analog, and Tor.com. Winter Tide is her first novel.