K. Bird Lincoln is joining us today with her novel Dream Eater. Here’s the publisher’s description:

Her whole life she’s avoided other people. Any skin-to-skin contact—a hug from her sister, the hand of a barista at Stumptown coffee—transfers flashes of that person’s most intense dreams. It’s enough to make anyone a hermit.

But Koi’s getting her act together. No matter what, this time she’s going to finish her degree at Portland Community College and get a real life. Of course it’s not going to be that easy. Her father, increasingly disturbed from Alzheimer’s disease, a dream fragment of a dead girl from the casual brush of a creepy PCC professor’s hand, and a mysterious stranger who speaks the same rare Northern Japanese dialect as Koi’s father will force Koi to learn to trust in the help of others, as well as face the truth about herself. 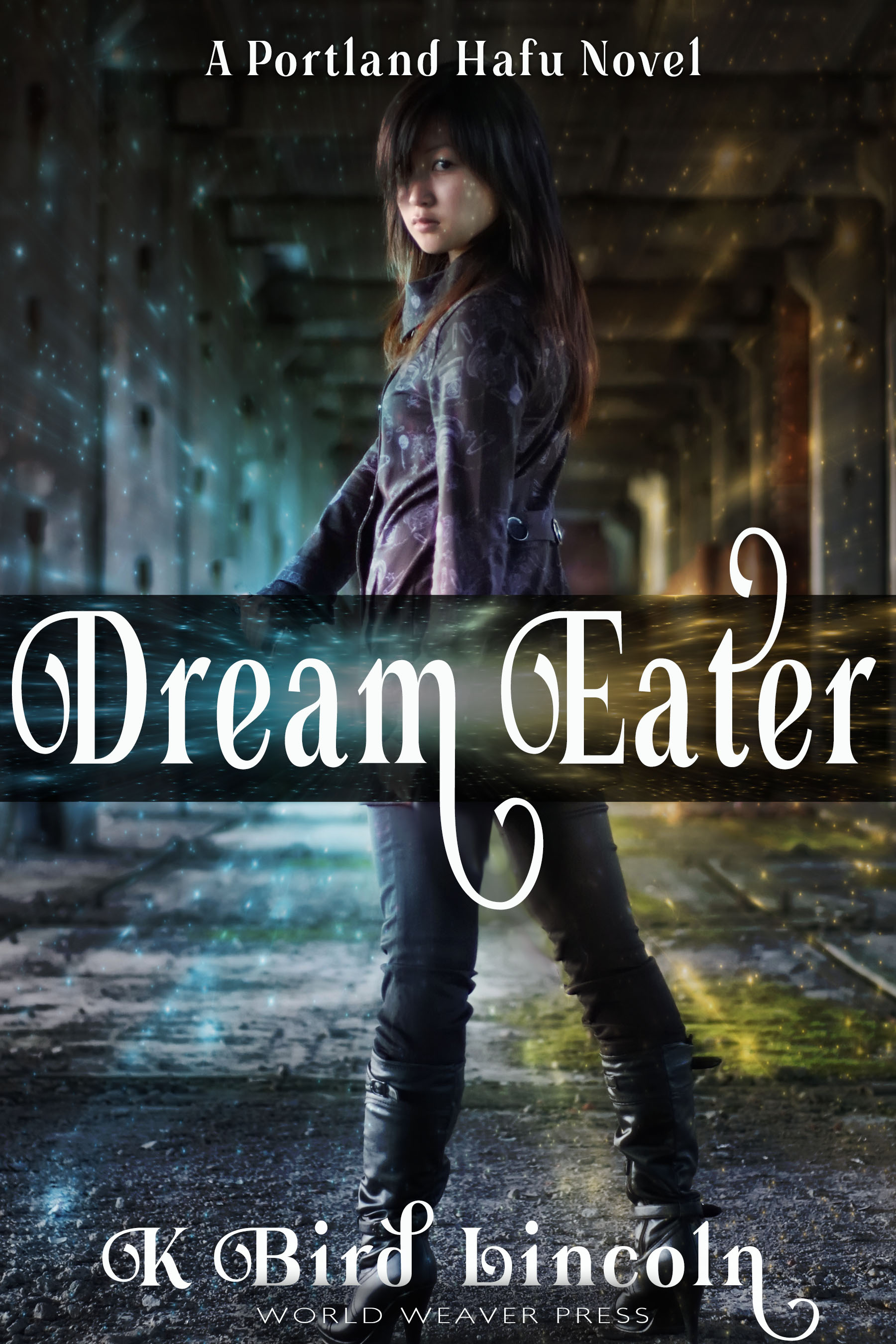 When Joseph Campbell Isn’t Enough: Or why I hunger for Baku

There’s this memory I have of being in my elementary school library during lunch hour, running my fingers over the spines of books in the 398.2 area of nonfiction (folktales and myths) and being thrilled with the cornucopia of Red Riding Hood tales, Changelings, Greek Heroes, Baba Yaga, and Babe the Blue Ox.

Through them I discovered a hunger for the stories we tell ourselves as a people.

In high school I discovered Joseph Campbell and delved into those tales. Stories which evoked the psychic unity of mankind as manifested in the Hero’s Journey or Creation Myths.

For a while, that satisfied my hunger.

But I was hungry again by college—just when I had to choose a language to study to meet graduation requirements—and met a boy. A very, very cute boy who was also a Japanese Studies major. So I started to study Japanese language, history, and psychology. It began to dawn on me that Joseph Campbell, while certainly including myths from Asian countries in his writing, was as bound by the same white, Euro-centric cultural upbringing in the interpretation and focus on myths as I was.

And I realized that my hunger for making sense of the stories meant I had to not only unify and categorize, but also delve into the weird, obscure (this was before Neil Gaiman’s American Gods or the TV show Grimm) and not-oft-mentioned stories.

If you’re a manga or anime fan, you probably know about Kitsune. Kij Johnson’s The Fox Woman, Neil Gaiman’s The Sandman: The Dream Hunters, MTV’s Teen Wolf, Pokemon, Disney’s Robin Hood—the trickster fox is one of those easy-to-plug-into Euro-centric culture myths. What really fed my hunger to find meaning in a true diversity of human experience and thought, were the other kinds of myths: the dream-eating baku, the turtle-esque kappa with their polite fanaticism, bowls of water embedded in their heads, and propensity for rape or murder, and the avian-demon tengu that evolved from fierce and violent protectors of the forest to amiable bumpkins easily duped by humans.

Reading tales of the kappa and the tengu challenged me to wrap my mind around the interaction and seeding of religion and culture that occurred from India to China through Korean and into Japan. They forced me to realize a broader view of what civilization was (476-800 BCE was by no means “dark ages” for India, China, and Japan) and understand my own cultural viewpoint was quite narrow. Kappa and Tengu were exotic, they tickled my fancy for far-off flavors and stories of people I could easily label “other”, “different”, “strange”.

But then I married a Tokyo boy and had daughters—and all of a sudden I became hungry again to seek that which unifies rather than that which makes of us “the other.” (Because my daughters’ future psychotherapy bills depended upon it.) How could these freaky tales, these monsters, from the very primitive depths/hindbrains of such different cultural minds be incorporated into a psychically whole being?

Baku are ungainly. Awkward chimaeras of tiger and elephant, possibly inspired by sightings of ancient tapir. 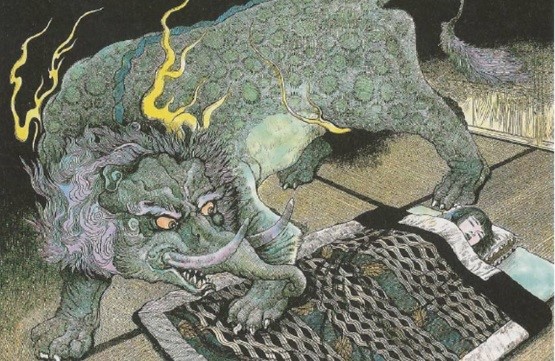 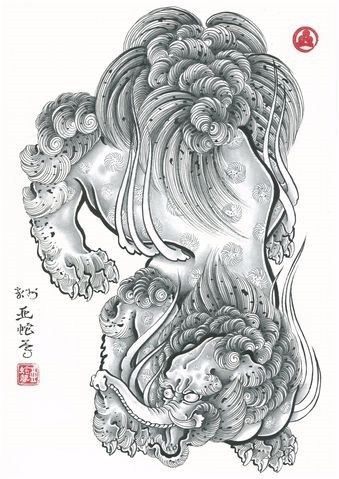 Commonly known from 18th and 19th century Japanese netsuke (a miniature sculpture originally developed as a closure for small sacks used as pockets in yukata and kimono ) carvings like these. 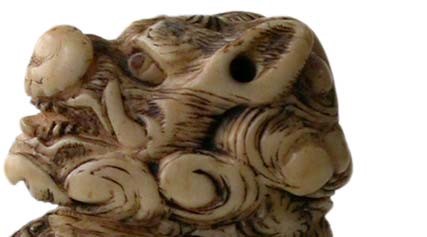 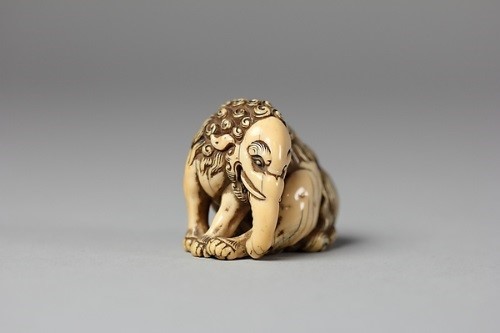 Baku eat bad dreams. Although, if they are called upon too often and remain hungry after digging into a nightmare, they may stay to eat your hopes, aspirations, and ambitions as well. A chancy helper. But it was to baku I was drawn. Baku are just strange enough to have no real parallel in European culture that I could easily identify, yet they tap into a universal human vulnerability—our psyche as we sleep, the most primitive and meaningful images of our dreaming, and the ways our brains organize and incorporate information.

What would it mean to have one foot in the waking and one foot in the dream world? What does it mean to come from two very distinct cultures like Japan and America? Baku appeal to me because of their very disjointedness, the chimerical nature that attempts to incorporate disparate pieces into a whole. (Here’s where my daughters would roll their teenage eyes and tell me they are not chimaeras but people, and stop drawing parallels between bicultural identity and myths).

But it’s too late. My hunger for the obscure tales, coupled with my desire to find unity in diversity, have already lead to making Koi, my Dream Eater protagonist, both half-baku and half-Japanese. I can’t promise Koi discovers any Joseph Campbell- style universal truths in her journey, but she does get to wrestle with trickster kitsune, Armenian dragons, and Pacific Northwest ice hags and trickster bluejays.

K. Bird Lincoln is an ESL professional and writer living on the windswept Minnesota Prairie with family and a huge addiction to frou-frou coffee. Also dark chocolate– without which, the world is a howling void. Originally from Cleveland, she has spent more years living on the edges of the Pacific Ocean than in the Midwest. Her speculative short stories are published in various online & paper publications such as Strange Horizons. Her medieval Japanese fantasy series, Tiger Lily, is available from Amazon. She also writes tasty speculative and YA fiction reviews under the name K. Bird at Goodreads.com. Sign up for her sporadic newsletter, The Mossy Glen from her facebook page and get access to free goodies– both readable and edible.