Renee Patrick is joining us today with their novel Dangerous to Know. Here’s the publisher’s description:

Los Angeles, 1938. Former aspiring actress Lillian Frost is adjusting to a new life of boldfaced names as social secretary to a movie-mad millionaire. Costume designer Edith Head is running Paramount Pictures’ wardrobe department, but only until a suitable replacement comes along. The two friends again become partners thanks to an international scandal, a real-life incident in which the war clouds gathering over Europe cast a shadow on Hollywood.

Edith also seeks Lillian’s help on a related matter. The émigré pianist in Marlene Dietrich’s budding nightclub act has vanished. Lillian reluctantly agrees to look for him. When Lillian finds him dead, Dietrich blames agents of the Reich. As Lillian and Edith unravel intrigue extending from Paramount’s Bronson Gate to FDR’s Oval Office, only one thing is certain: they’ll do it in style. 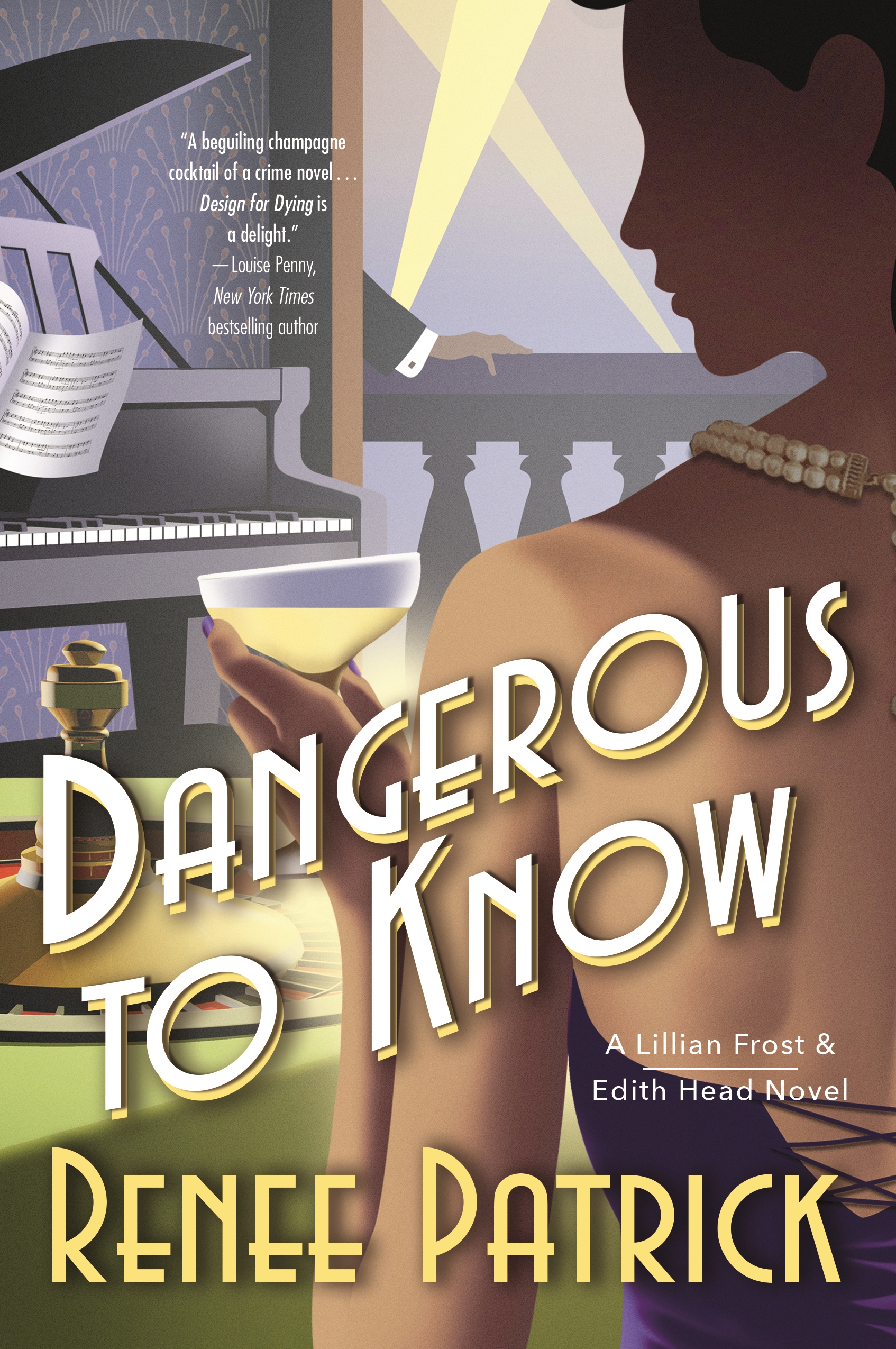 It’s probably poor form to say our favorite bit is the one that fell into our laps. But that’s where we have to start.

When you write historical mysteries, you’re always researching. Poring over vintage magazines and newspapers, soaking up period atmosphere. (We went so far as to purchase copies of the 1937 Los Angeles telephone directories—Yellow and White Pages—and lost hours paging through them. Once upon a time, the highest compliment you could pay an actor was to say, “I’d listen to her/him read the phone book.” We staged such performances for one another. There were no curtain calls.) You remain eternally on the hunt for that useful forgotten nugget from yesteryear.

And then, on occasion, you strike the motherlode.

Reading a December 1938 newspaper, we happened on a reference to a budding scandal. Jack Benny and George Burns, comic titans of radio and motion pictures, were brought up on federal charges as smugglers. The details were extraordinary, involving a vengeful maid with Nazi sympathies, a bogus diplomat, and trunks full of haute couture gowns.

Understand this: Jack Benny and George Burns were enormous stars at the time, so much so that when we tried to think of comparable contemporary performers for this post we came up empty. The concentrated nature of entertainment in the 1930s gave both men such outsized presences that their indiscretion nudged Germany’s aggression below the fold of the nation’s front pages for a while.

Understand also this: we both grew up obsessed with show business, and had never heard tell of this contretemps before. How, we wondered, was that possible?

Finally, understand this: both men were stars at Paramount Pictures, the studio where Edith Head, the legendary costume designer who is one-half of our sleuthing duo, worked her magic. The universe had just handed us a gift.

The Benny/Burns imbroglio gave us the seed for what would become Dangerous to Know, the second of our mysteries set during the Golden Age of Hollywood pairing Edith with her partner in crime-solving, former aspiring actress Lillian Frost. It was the ideal jumping off point, if not the engine driving the plot.

Building that engine would prove easier thanks to all that research we’d been doing. We’d become familiar with what was happening in Los Angeles and the wider world in the waning days of 1938. Sometimes it was broad cultural issues, like the influx of emigres and refugees from Europe into Southern California, a mass migration that would transform the City of Angels into a world capital of modern music and give rise to film noir. Sometimes it was specific to the region, such as David O. Selznick’s decision to stage the burning of Atlanta in Gone with the Wind despite the fact that he had yet to cast his Scarlett O’Hara, or a screening of Leni Riefenstahl’s Olympia in one of L.A.’s fanciest clubs with Fraulein Director herself in attendance. And sometimes it was a fascinating story still being excavated by historians decades later, like the secret plan of studio moguls to combat the Nazi presence in Hollywood in the years before World War II.

Real life consistently outstrips the imagination. It does now. It did then. So basically our favorite bit is collecting all of those other bits and weaving them together, combining fact with fiction in the hope of coming up with something that feels true.

Renee Patrick is the pseudonym of married authors Rosemarie and Vince Keenan. Rosemarie is a research administrator and a poet. Vince is a screenwriter and a journalist. Both native New Yorkers, they currently live in Seattle, Washington.