Mindy Klasky is joining us today with her anthology Nevertheless, She Persisted. Here’s the publisher’s description:

“She was warned. She was given an explanation. Nevertheless, she persisted.”

Those were the words of Mitch McConnell after he banned Senator Elizabeth Warren from speaking on the floor of the United States Senate. In reaction to the bitter partisanship in Trump’s United States of America, nineteen Book View Café authors celebrate women who persist through tales of triumph—in the past, present, future, and other worlds.

From the halls of Ancient Greece to the vast space between stars, each story illustrates tenacity as women overcome challenges—from society, from beloved family and friends, and even from their own fears. These strong heroines explore the humor and tragedy of persistence in stories that range from romance to historical fiction, from fantasy to science fiction.

From tale to tale, every woman stands firm: a light against the darkness. 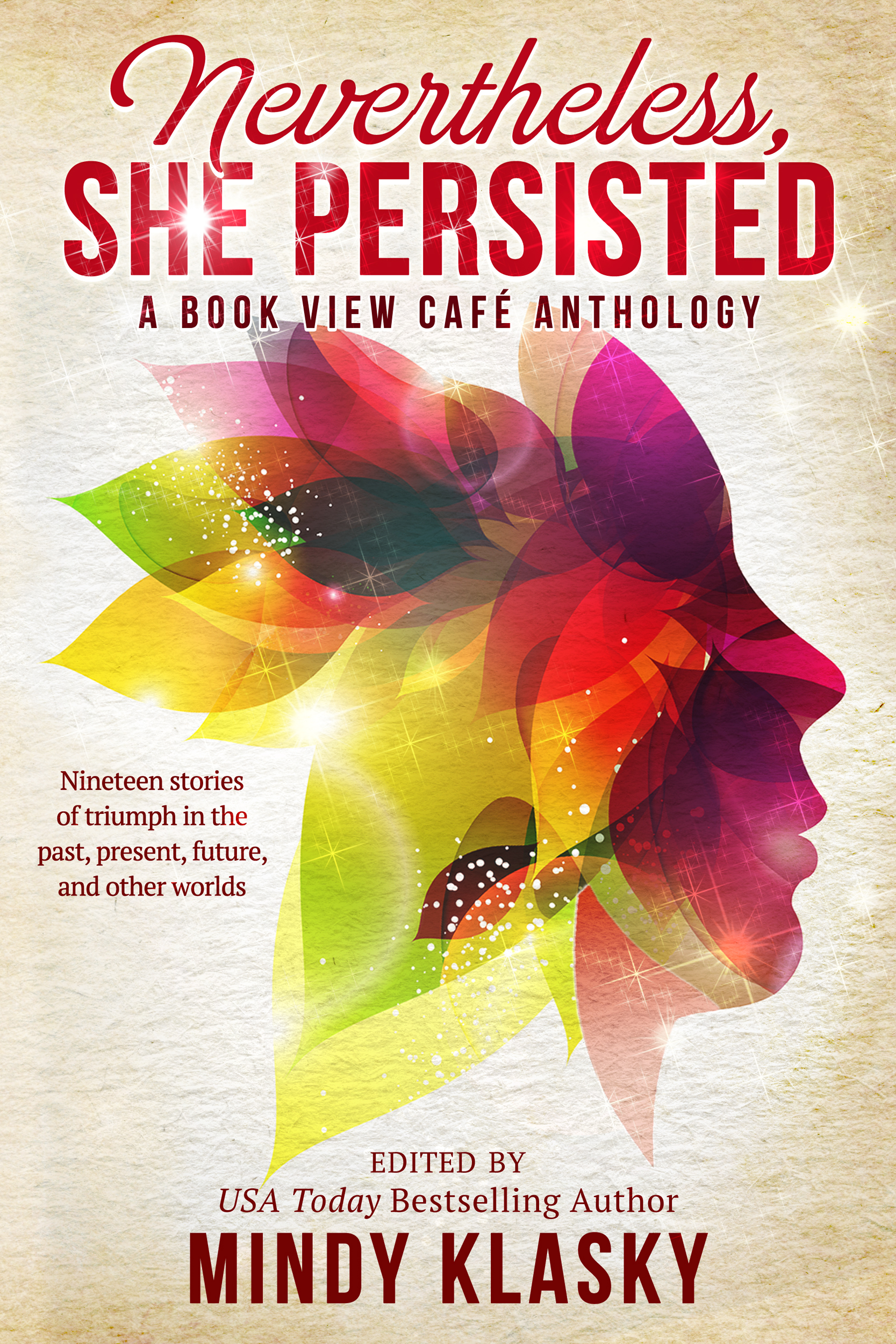 Before February 8, 2017, I’d never considered editing an anthology. But on that date Senator Elizabeth Warren entered her showdown with Majority Leader Mitch McConnell, leading to the now-famous statement: “She was warned. She was given an explanation. Nevertheless, she persisted.” Within hours of hearing those words, I knew I needed to pull together the best stories I could, illustrating the theme of persistence. And I knew I’d reach out to my fellow authors in the Book View Café publishing co-operative to provide those tales.

BVC has fifty-two members. We’re all traditionally published authors who’ve turned to self-publishing (at least part of the time.) Our membership spans at least four decades. We’ve got the usual mix of strong personalities that anyone finds in a community of writers. Every member has iron-clad views of what makes a good story.

Now, I’m used to working with strong-willed people. I used to manage a staff of three dozen librarians, supporting more than a thousand lawyers in fifteen domestic and international offices. Along the way, I learned that folks create amazing things when they’re pointed in a general direction and given unlimited support.

So, I announced my theme. I set a deadline. I told the co-op that I was interested in any stories they had on the theme of persistence—whether those tales were set in the past, present, future, or other worlds. Some authors pushed me to be more specific. Others offered up two or three stories, unsure that they would hit my mark. One author worked through six different drafts of her story, polishing, clarifying, driving home her points.

Ultimately, we ended up with nineteen stories.  One draws on the earliest epic to survive in concrete form—The Odyssey. Another spins out a tale set in a distant galaxy, where not-human females struggle to create and to lead and to love. My own story is set in a not-too-distant future, where a young woman fights the religious beliefs that have been pounded into her since infancy, struggling to define her position as an independent, thinking person.

So, that’s my favorite bit: the vast range of the stories in Nevertheless, She Persisted. We have nineteen writers. We have nineteen settings.  Nineteen protagonists, women fighting to do what’s right. Nineteen visions of persistence.

When I first conceived of the anthology, I’d envisioned a number of political stories—outright responses to Senator Warren’s stand. In the end, I ended up with something bigger. Something broader. Something that provides more mirrors and angles and lenses into what humans are, how we think, why we strive.  And that’s worth being a favorite

Nevertheless, She Persisted is available as a print book at:

Nevertheless, She Persisted is available as an ebook at:

USA Today bestselling author Mindy Klasky learned to read when her parents shoved a book in her hands and told her she could travel anywhere through stories. As a writer, Mindy has traveled through various genres, including light paranormal, hot contemporary romance, and traditional fantasy. In her spare time, Mindy knits, quilts, and tries to tame her to-be-read shelf.