Michael R. Underwood is joining us today with his novel The Younger Gods. Here’s the publisher’s description.

The first in a new series from the author of Geekomancy (pop culture urban fantasy) and Shield and Crocus (New Weird superhero fantasy).

Jacob Greene was a sweet boy raised by a loving, tight-knit family…of cultists. He always obeyed, and was so trusted by them that he was the one they sent out on their monthly supply run (food, medicine, pig fetuses, etc.).

Finding himself betrayed by them, he flees the family’s sequestered compound and enters the true unknown: college in New York City. It’s a very foreign place, the normal world and St. Mark’s University. But Jacob’s looking for a purpose in life, a way to understand people, and a future that breaks from his less-than-perfect past. However, when his estranged sister arrives in town to kick off the apocalypse, Jacob realizes that if he doesn’t gather allies and stop the family’s prophecy of destruction from coming true, nobody else will… 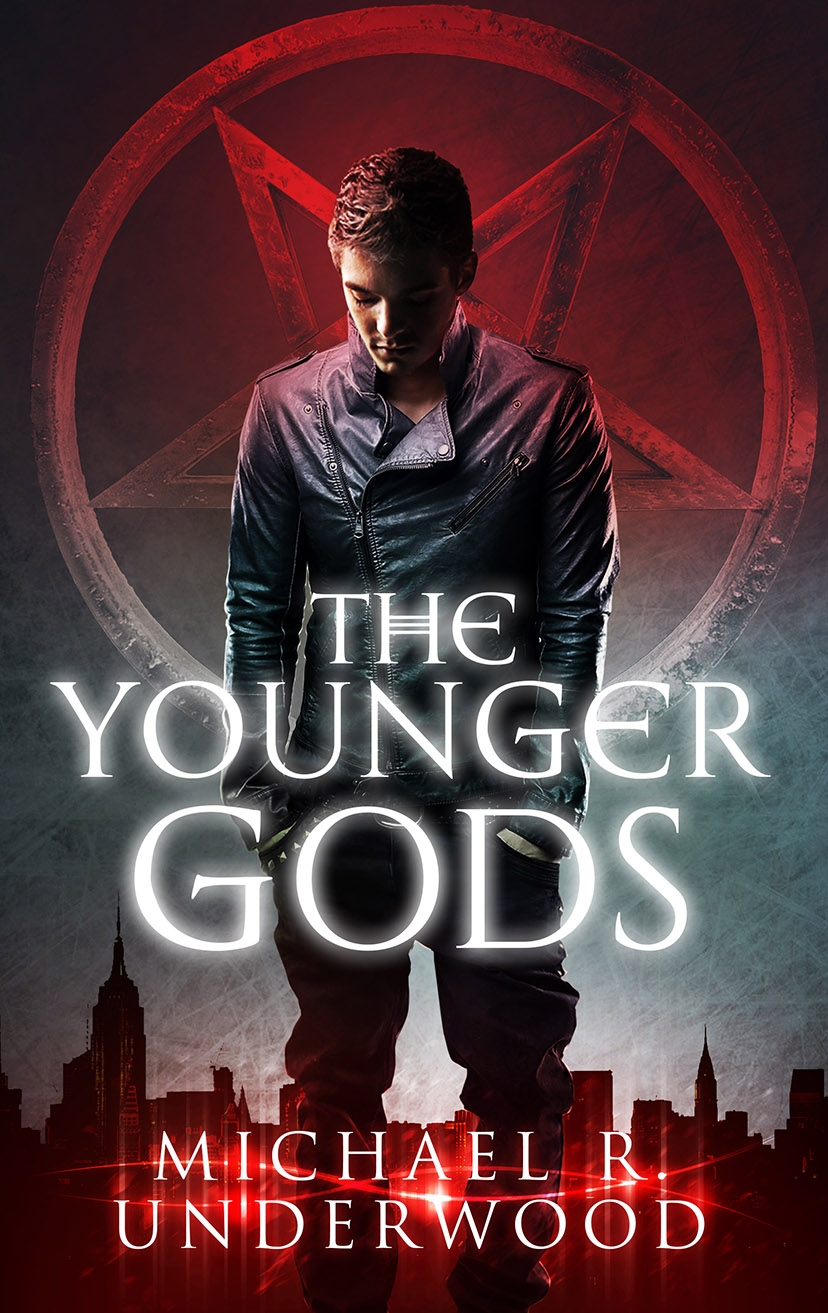 The Younger Gods is a supernatural thriller that combines elements of Greco-Roman Mythology, Abrahamic Cosmogonies, Lovecraftian Cosmic Horror, urban legends, and other world folkloric traditions, to create a single, integrated magical world, where the white sheep from a monstrous family has to stop his sister from ending the world. That’s My Favorite Bit about the novel – the conceptual bricolage that forms the underpinnings of the world and the impetus for the story.

Let’s unpack that a bit. When I was in undergrad, I came up with the whacky idea to create my own major. I wanted to combine elements from Creative Writing, Classics, Folklore, Anthropology, and more to make a degree in Creative Mythology. I got leave to study mythologies, cosmogonies, and hero tales from around the world, trying to find commonalities and to learn ancient storytelling lessons from world cultures.

Add a M.A. in Folklore Studies on top of that, and it’s almost inevitable that I would end up writing a novel like The Younger Gods, stitching together various traditions to form a new but familiar cosmology for a contemporary fantasy series.

The Younger Gods came out of a smaller idea – the white sheep in a family of apocalyptic cultists. When I started moving forward with the idea for the novel, I had to fill out the background. Who did Jake’s family worship? What kind of apocalypse were they trying to usher in? And to understand an apocalypse, the ending, you have to understand the beginning, aka the cosmogony. It was then that I put my comparative mythology hat on in a big way, stitching together the idea of succession myths (where the younger generation of gods overthrow their parents), the story of the Garden, as well as a war between different sub-sets of divine beings (Aesir vs. Vanir, Gods vs. Titans, Angels vs. Demons, etc.), and the Lovecraftian idea of sleeping gods who will destroy the world when they finally awaken.

Add that all together and you get the cosmology of The Younger Gods, with my hero, Jacob Greene, placed smack dab right in the middle of it all, hailed as being part of the Greene family prophecy that will awaken the Younger Gods and bring about the end of the world.

Small problem – Jake doesn’t want the world to end. And roll tape. One totally overwhelmed sorcerer caught in the middle of a complicated cosmology.

Michael R. Underwood is the author of Geekomancy, Celebromancy, Attack the Geek, Shield and Crocus, and The Younger Gods. By day, he’s the North American Sales & Marketing Manager for Angry Robot Books. Mike grew up devouring stories in all forms, from comics to video games, tabletop RPGs, movies, and books.

Mike lives in Baltimore with his fiancée. He is also a co-host on the Hugo-nominated Skiffy and Fanty Show. In his rapidly vanishing free time, Mike studies historical martial arts and makes homemade pizza.

4 thoughts on “My Favorite Bit: Michael R. Underwood talks about THE YOUNGER GODS”