Alyc Helms is joining us today with her novel The Conclave of Shadow. Here’s the publisher’s description:

The line between enemy and ally is thinner than a shadow’s edge.

Ever since she saved the spirit guardians of China by selling out to her worst enemy, Missy Masters – a.k.a. the pulp hero Mr. Mystic – has been laying low. But when knights serving the Conclave of Shadow steal secret technology from a museum exhibit on the Argent Aces, everyone looks to Mr. Mystic for help. If Missy doesn’t want her masquerade blown, she’d better track down the thieves, and fast.

But stolen tech turns out to be the least of her problems. Recent events have upset the balance of power in the Shadow Realms, removing the barriers that once held the ravenous Voidlands in check. Their spread threatens destruction in the mortal realm as well… and only the Conclave stands ready to push them back.

In a world of shadow, telling friends from enemies is easier said than done. But if she wants to save San Francisco, Missy will have to decide who to trust. Including her own instincts, which tell her that something is stalking her with murder in mind… 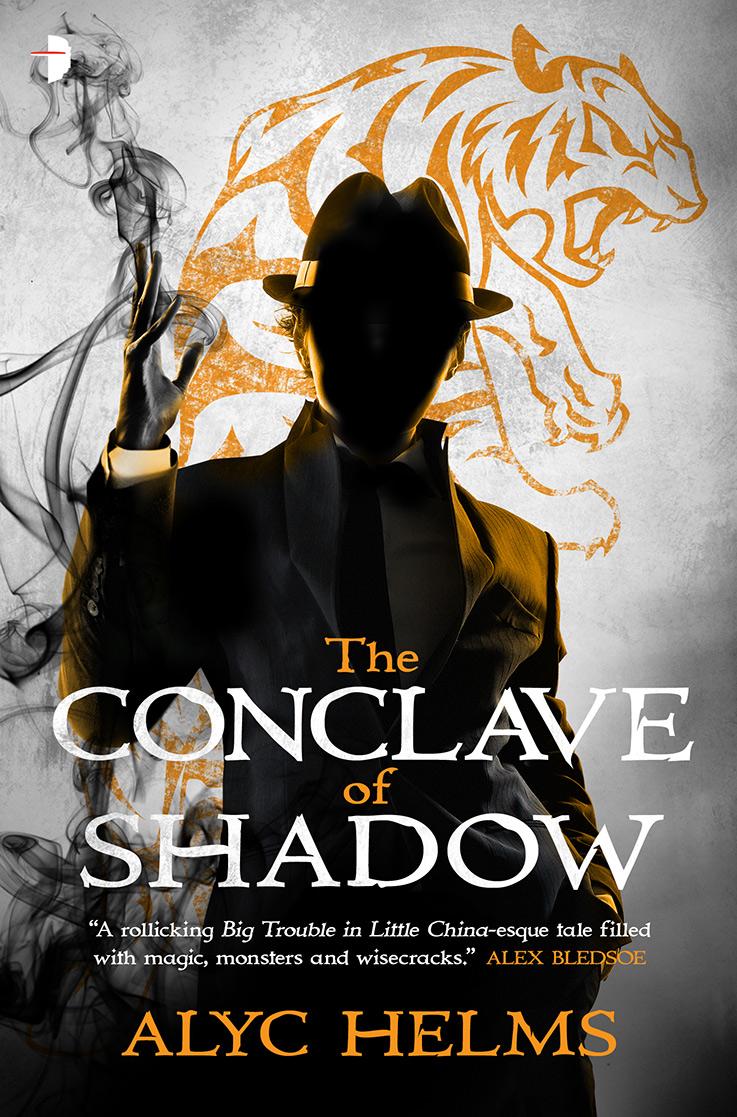 Recently, as part of another blog interview, I talked about a pilgrimage that I once made to Cape Wrath, which was often considered to be Ultima Thule—the end of the earth. To get there, I had to take a plane (to London), a train (to Inverness), a bus (to Thurso), another bus and then a POSTAL TRUCK (to the Village of Smoo), a bike (to the Cape Wrath tour meeting point), a jeep, a boat (across the Kyle of Durness), and then another jeep. When I got to Cape Wrath, I walked right past the lighthouse, climbed as far as I could down the sloping edge of the cliff, and ate my lunch while I watched the birds and waves below my feet.

San Francisco has its own sort of Ultima Thule: Lands End. The surf-pounded rocks of Cape Wrath represent (if only imaginatively) the border space between the European continent and the cold, empty expanse of the North Atlantic. Similarly, Lands End is the last outpost, beyond even the Golden Gate, where San Francisco gives way to the vast Pacific. The ocean is constantly eating away at the cliffs. The winds blast at the breaks of California cypress, twisting their limbs like taffy. Fogs regularly blanket the land, drifting through the trees like winding sheets. Just south sits the crumbled ruins of the Sutro Baths, and just east looms the Presidio.

And on a tiny shelf thrusting out toward Pyramid Rock, is the Lands End Labyrinth.

The Lands End Labyrinth was conceived and constructed by local artist Eduardo Aguilera in 2004. It has been vandalized a few times, and each time locals came together to rebuild it. It’s not the sort of destination that’s marked by signage or listed in most official literature. It’s just something you learn about if you live in San Francisco long enough, almost by osmosis. You find it by turning off one of the coastal hiking trails in the Golden Gate National Recreation Area. On weekend days, there may be a dozen or so people there, some taking pictures, many waiting their turn to walk the path between the stones. 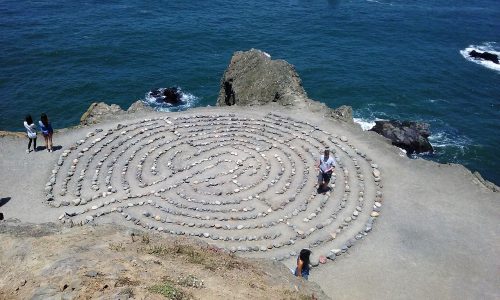 I have a thing for border zones and the liminality they represent. Border zones are beautiful, but they can also be painful places, what Gloria Anzaldúa called in Borderlands/La Frontera, “this thin edge of barbwire.” They scrape, they cut, they erode a landscape, a culture, a people, an identity. In a place like Lands End, where the ocean and wind are constantly devouring the land, the labyrinth is intended as a monument to peace and meditation. It’s like a metaphysical shunt for all that turbulent energy. It is easy enough to tear down the physical structure of the labyrinth—it’s only a bunch of fist-sized rocks, after all—but the imaginative hold it has on the community means we rebuild it again and again.

In my writing, I often return to this metaphysical idea of borders as wounds that need to be treated before they can start to heal. This is built into the mythology of the Mr. Mystic series in the form of the boundaries between the real world and the nightmarish Shadow Realms that Missy Masters has control over.

I expand that idea in The Conclave of Shadow when Missy learns that the Shadow Realms are the kinder, gentler buffer zone to the cosmic horror that is the Voidlands. The boundaries between these realms are decaying, and Missy has to find a way to reinforce them and redirect the Voidlands energy before it reaches catastrophic proportions. Much like the community effort to rebuild the Lands End Labyrinth, she cannot do it alone.

On a personal level, the Lands End Labyrinth becomes a centering point for Missy when desperation drives her to wonder if the ends can justify the means. Later, she uses it—along with the Golden Gate Bridge, the Alcatraz lighthouse, and the seven hills—in the ritual she and her allies have created to protect the city against the Voidlands threat.

Missy never considers that other metaphysical association common to labyrinths: There’s always a monster in the center.

Alyc Helms fled her doctoral program in anthropology and folklore when she realized she preferred fiction to academic writing. She dabbles in corsetry and costuming, dances Scottish Highland and Irish Ceili at Renaissance and Dickens fairs, gets her dander up about social justice issues, and games in all forms of media. She sometimes refers to her work as “critical theory fanfic,” which is a fancy way to say that she is obsessed with liminality, gender identity, and foxes. She has published stories in Beneath Ceaseless Skies, Daily Science Fiction, Crossed Genres, and Lady Churchill’s Rosebud Wristlet, and she has published monsters in Green Ronin’s Chronicle Creatures splatbook series. The Conclave of Shadow is the second novel in her Adventures of Mr. Mystic series from Angry Robot. She can be found on twitter @alychelms or at www.alychelms.com.