Adam Christopher is joining us today with his novel The Burning Dark. Here’s the publisher’s description.

Back in the day, Captain Abraham Idaho Cleveland had led the Fleet into battle against an implacable machine intelligence capable of devouring entire worlds. But after saving a planet, and getting a bum robot knee in the process, he finds himself relegated to one of the most remote backwaters in Fleetspace to oversee the decommissioning of a semi-deserted space station well past its use-by date.

But all is not well aboard the U-Star Coast City. The station’s reclusive Commandant is nowhere to be seen, leaving Cleveland to deal with a hostile crew on his own. Persistent malfunctions plague the station’s systems while interference from a toxic purple star makes even ordinary communications problematic. Alien shadows and whispers seem to haunt the lonely corridors and airlocks, fraying the nerves of everyone aboard.

Isolated and friendless, Cleveland reaches out to the universe via an old-fashioned subspace radio, only to tune into a strange, enigmatic signal: a woman’s voice that seems to echo across a thousand light-years of space. But is the transmission just a random bit of static from the past—or a warning of an undying menace beyond mortal comprehension? 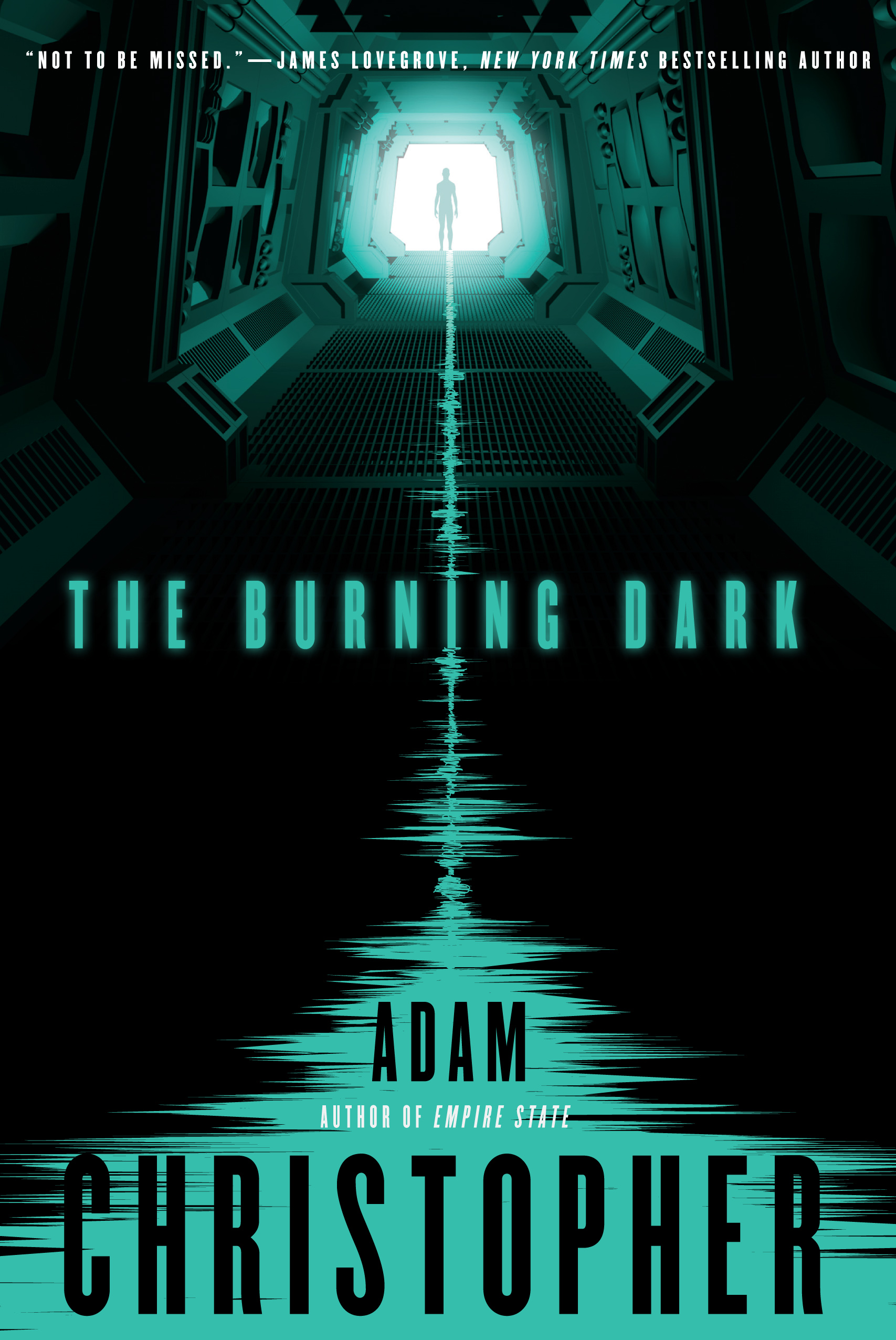 The Burning Dark is my first foray into space opera. As a science fiction fan, I grew up with a love of spaceships, and planets, and aliens, so it’s perhaps surprising that it took so long for me to actually write something in that direction.

I’ll be the first to admit: I’ve cheated a little with The Burning Dark—this book is space opera, but not as you know it. Okay, humanity has expanded into space, forging a vast federation of colonies that has now united into a single political-industrial-military complex simply called the Fleet, in order to wage war against an implacable, relentless machine gestalt intelligence, the origins and motivations of which are obscure at best. That’s about as big as you can get. The Burning Dark is set against this background of interstellar conflict. The scope of the world is huge. There are many stories to be told in the universe of this novel.

But in The Burning Dark, that epic scale is collapsed down to a single space station. The station is large, but the situation is tense, claustrophobic—and very, very scary. This book might be a space opera, but it’s also a ghost story. The action is close, the cast of character initially large, before events whittle the station’s population down and down…

We do see glimpses of the larger world throughout, however. The station is staffed by a bunch of marines suffering from a severe case of cabin fever. One in particular, Charlie Carter, is having a tough time coping—he has a secret history, memories he would rather forget keeping him up during the stations night-cycle. He’s seen a side to the Fleet that many suspect, but few have experience of. Because before being assigned to the backend of nowhere to help with the demolition of the decommissioned station, Carter was in the Fleet Black Ops.

My favorite bit of the book is Charlie’s interlude—one of several flashbacks that occur during the course of the novel. Charlie’s is of his last Black Ops mission, with the rather euphemistic title of The Situation On Warworld 16 Has Been Resolved.

“Resolved”. Yeah, right. Maybe it has, as far as the Fleet is concerned, but for Carter, that mission had a very personal price, his own actions the root of his smouldering hatred, not just of the Fleet, but of himself.

Carter’s story is sad, a tragedy, an example of how the Fleet uses people and can twist facts to suit its own purpose. Of course, the Fleet is fighting a war, a difficult one. There’s a more than fair chance they might lose. Desperate times require desperate measures. But for Charlie Carter, maybe there is a price that is just too high to pay.

I think Carter might be my favourite character in the book, and his backstory is one, I suspect, I may write about again in future instalments of the Spider Wars series.

Adam Christopher is a novelist, the author of Empire State, Seven Wonders, The Age Atomic, and Hang Wire. In 2010, as an editor, Christopher won a Sir Julius Vogel award, New Zealand’s highest science fiction honour. His debut novel, Empire State, was SciFiNow’s Book of the Year and a Financial Times Book of the Year for 2012. In 2013, he was nominated for the Sir Julius Vogel award for Best New Talent, with Empire State shortlisted for Best Novel. Born in New Zealand, he has lived in Great Britain since 2006.

1 thought on “My Favorite Bit: Adam Christopher talks about THE BURNING DARK”