After we lost Marlowe in January, Sadie was clearly lonely. At night she would wander around crying and during the day she was extremely needy. So we went to the Critical Animal Relief Foundation, whence we had adopted Sadie, and told them we were looking for a new cat.

We wanted someone who was affectionate and very much a lap cat. Someone who would play with Sadie. We didn’t care about age or coloration, or gender. CARF suggested that we might like this six-month old calico, but she had some digestive issues so it would be a little while before she was ready to go home with someone but that we could meet her. 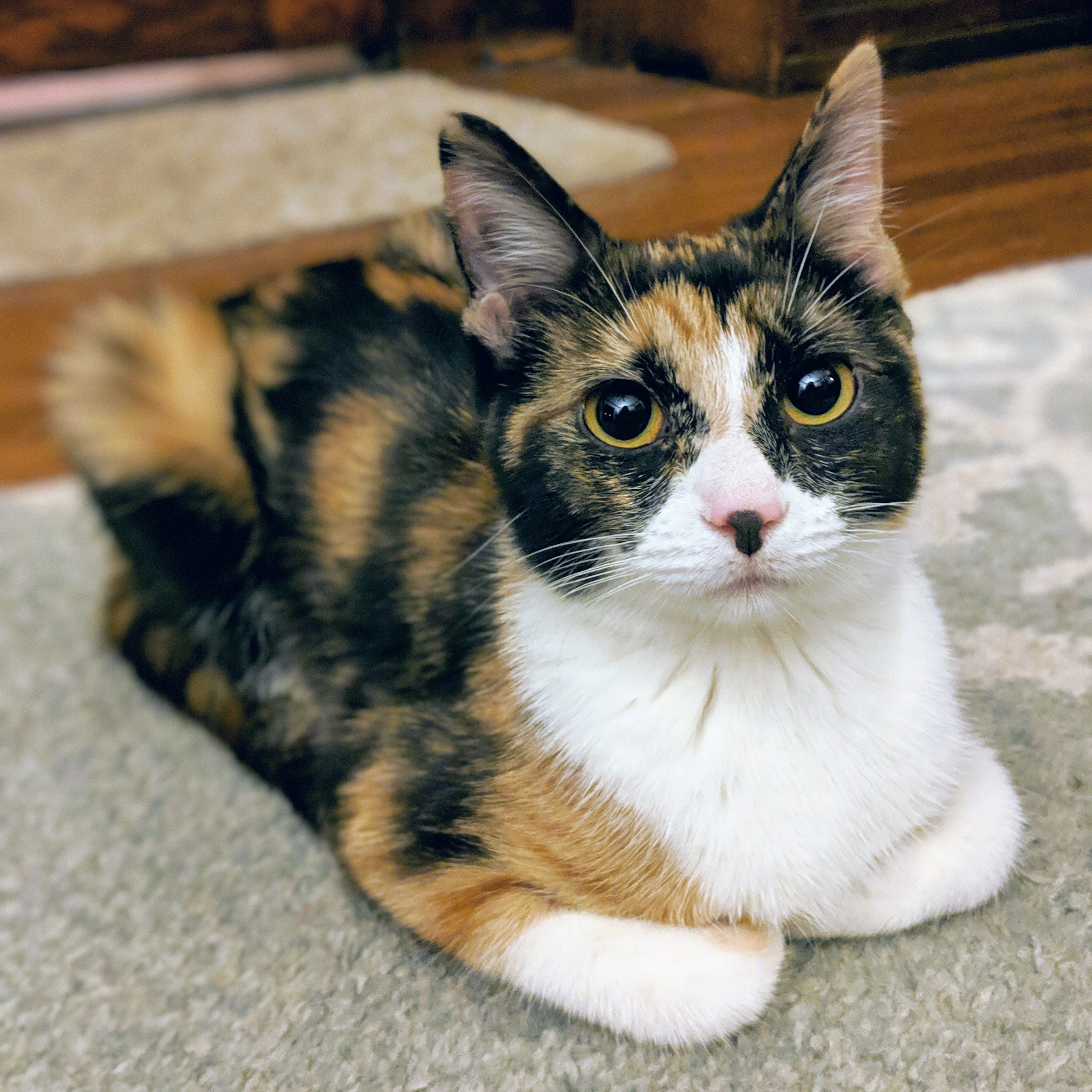 While we were setting up a meeting time, we got another email explaining that, for reasons, they needed to move her to a new foster home and that we could foster-to-adopt. Which means that they help with vet bills. We figured that even if she turned out to be not the right cat, we could at least help her get healthy.

She is very much the right cat.

This has been the smoothest new cat introduction we’ve had. Sadie had to do a little explanation about boundaries, but very little. They’ve had some honest games of tag. Nose sniffing. They aren’t BFFs and Sadie is very much Queen of the Hill when it comes to getting onto the bed, but tolerates the child if she’s up there first. 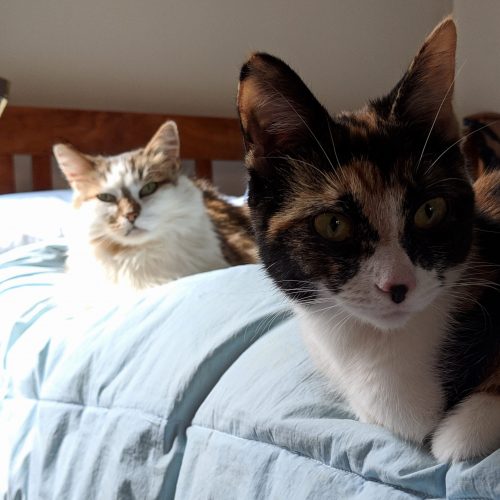 (If you will allow me to do an aside about bi-color cats… The mechanism by which a cat has white markings is related to the speed with which the color genes migrate through the kitten in the womb. So the effect is visible on both Sadie and Elsie. The more white, the slower the migration. What’s super interesting is that a calico is a tortoiseshell with white BUT the more white the cat has, the more discrete the orange and black patches are.  So a tortie with no white gets that pile of leaves look, and one with lots of white winds up with very clear orange and black patches. And THAT happens because the genes for orange and black are carried on the X chromosome. You have to have one of each to get a tortie or calico and that’s why there are almost never males except in rare XXY cats. (Hi. I wanted to be a vet (specializing in cats (had a subscription to Cat Fancy)) until my senior year of high school.))

So… her name was not quite right. We toyed with some and then I went off on a cruise for a week (my life is hard) when I got back, I asked Robert if she had acquired a name.

Granted, he actually said, L.C. for Little Cat, but I heard Elsie and…

Allow me to tell you about Elsie MacGill, Queen of the Hurricanes. Born in 1905, she was the first women in the world to receive a degree in aeronautical engineering. She was the chief engineer, in charge of producing Hurricane airplanes for WW2. She owned her own aeronautic consulting company. She was the first woman to chair a committee for the UN. She was an advocate for women and children rights and worked to have abortion stricken from the Canadian criminal code and for paid maternity leave. She was a polio survivor and walked with canes. 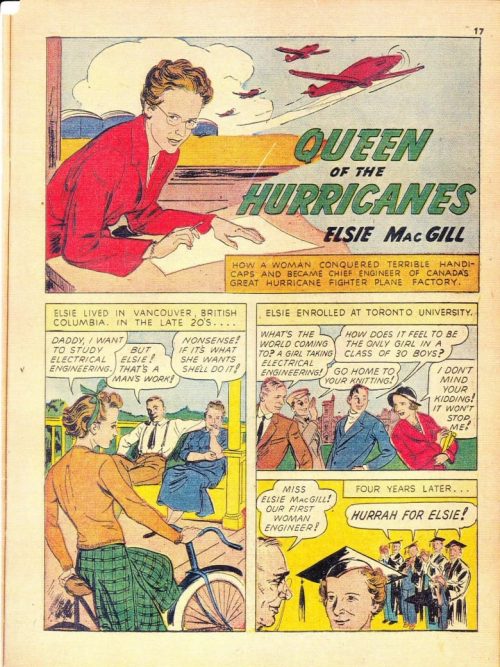 Our little girl has a funky hind leg that doesn’t tuck under when she sits. As you see, it doesn’t slow her down and Queen of the Hurricanes is the correct name for her.

(If you want to give her a welcome home present, please consider donating to CARF.)