Previously, I’ve always looked at Writers Block as a way of diagnosing that something has gone wrong with my story. I found that I could examine my reactions to sitting down and that they broke down into a couple of specific areas.

Drowsy — Sorry, this means your story is dull. You are boring yourself. Back up to the last point that you were excited about and try to think of a more dynamic choice to make for the plot. What would be cool and excite you as a reader?

Staring — You don’t know what is supposed to happen next. So think about the situation that your character is in. What do they want? What is the smartest thing they can do with the materials they have on hand to achieve that goal? Now how does it go horribly, horribly wrong?

Restless — The next scene is hard and you are trying to escape writing it. By “hard” I mean, you are approaching a tense scene. It’s a scene that will be difficult for your character and/or difficult to write well. This one, you just have to power through. Remember, you can always go back and fix it later. Set a timer for fifteen minutes, start writing, and don’t let your fingers stop while the timer is running. Most of the time, you’ll get out of the hole.

Dithering — You don’t believe the scene that you are about to write. This is probably related to your character’s internal motivation, or possibly just that a planned scene no longer fits in the novel. Much like “staring,” pause and think about what your character wants and how they can try to achieve that. Then be awful to them.

But there’s a fifth form of writer’s block. And that’s when the urge to go to the chair isn’t even present. When you go, you hate writing. The joy is totally gone when you do write.

I had been slowing down and struggling to even care about writing for most of the previous year. And then, I just stopped.

And after that, I stopped getting out of bed, except right before my husband came home. I’d get up and get dressed, because I was ashamed of the fact that I was in bed and had gotten nothing done. I could hear the gate open as he headed to the back yard with his bike, so I’d be in the kitchen washing dishes when he came home. I looked totally productive. 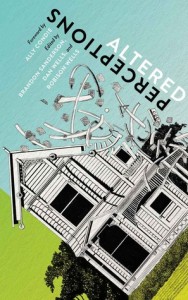 I knew what depression looked like. I had tons of friends who dealt with it and who are open about it. So, I called my doctor to make an appointment. My internalization of the stigma of mental illness was so ingrained, that I made the appointment to have a mole on my back looked at.

When I got into the office, I told my doctor why I was really there. “I think I’m dealing with depression, and I don’t know what to do about it.”

I’m on Zoloft and seeing a counselor. I’ve started writing again. It’s still slow, but the desire is back.

In hindsight, I’ve probably dealt with this off and on for my entire life, but last year, I tried to push past it and pretend I was fine. And it became crippling. Now I have tools to handle it. I’m better about self-care, so that I don’t let things become crippling again. I am trying to treat it like having a broken arm and be very matter-of-fact about it. Though, really, it’s more like having dysentery, because it traps you at home and no one wants to hear about it.

Now… I’ve given you strategies for handling the other types of writer’s block. Let me tell you the things that work for me with writing. I want to be clear, that everyone’s brain is wired differently. If you are like me, and respond well to challenges and ticky-boxes, these might work for you.

The biggest thing to say to you though, is that if you are having trouble writing take a look at what’s going on. Ask yourself if something is wrong with the story, or if the thing that is wrong is outside the story.

And if it is not the story, please ask someone for help. That’s what they are there for.

(PS Sometimes, not writing is also just being lazy. Sorry. The only solution for that one is to just STFU and write.)