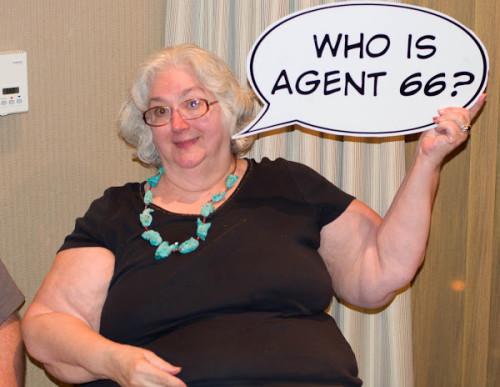 Back when I was secretary at SFWA, we had a Nebula Awards Weekend in which the con chair’s house burned down. Peggy Rae Sapienza stepped in to help and was amazing. From the front of house, that weekend looked very smooth, and that’s largely because she was good at spotting problems before they became problems.

This was my first encounter with her. Over the years, we became friends. She was one of those people that you could rely on to make things better, regardless of the situation. Either personal or professional, you could count on her. And when she asked you for a favor, it was never one that you minded doing. She had a way of matching people with tasks that suited them.

I don’t think it would be inaccurate to say that Peggy Rae was a Queen SMOFS. For those who don’t know, a SMOF is a Secret Master of Fandom. These are the tireless, dedicated volunteers who run conventions. It’s one of those acronyms that started a joke, until people realized that it was accurate; there really was a secret unofficial group that made fandom happen. Peggy Rae? She was one of the best. If she was involved in a convention, you knew it would be a good one. In fact, I actually went to some cons simply because I knew she was running them. Well, and she asked me and one did not say no to Peggy Rae. One didn’t want to say no.

I am deeply, deeply saddened to learn that she has passed away. I will miss her.