Wendy Nikel is joining us today to talk about The Cassandra Complex, the third novella in the Place In Time series. Here’s the publisher’s description:

Cass is a 22nd century university student who – like most young adults – has always believed her parents were a bit stuck in the past. But on her eighteenth birthday she learns exactly how true this is: not only are her parents time travelers, living in an era different than either was born in, but now, to ensure that history plays out as it’s supposed to, she must travel to the year 1914 to live out her adult life.

Cass isn’t the type, though, to just sit back and watch while all the tragic events she’s learned about in her history courses play out in front of her. Not when she’s the only one in the world with the foreknowledge – and determination – to change it. 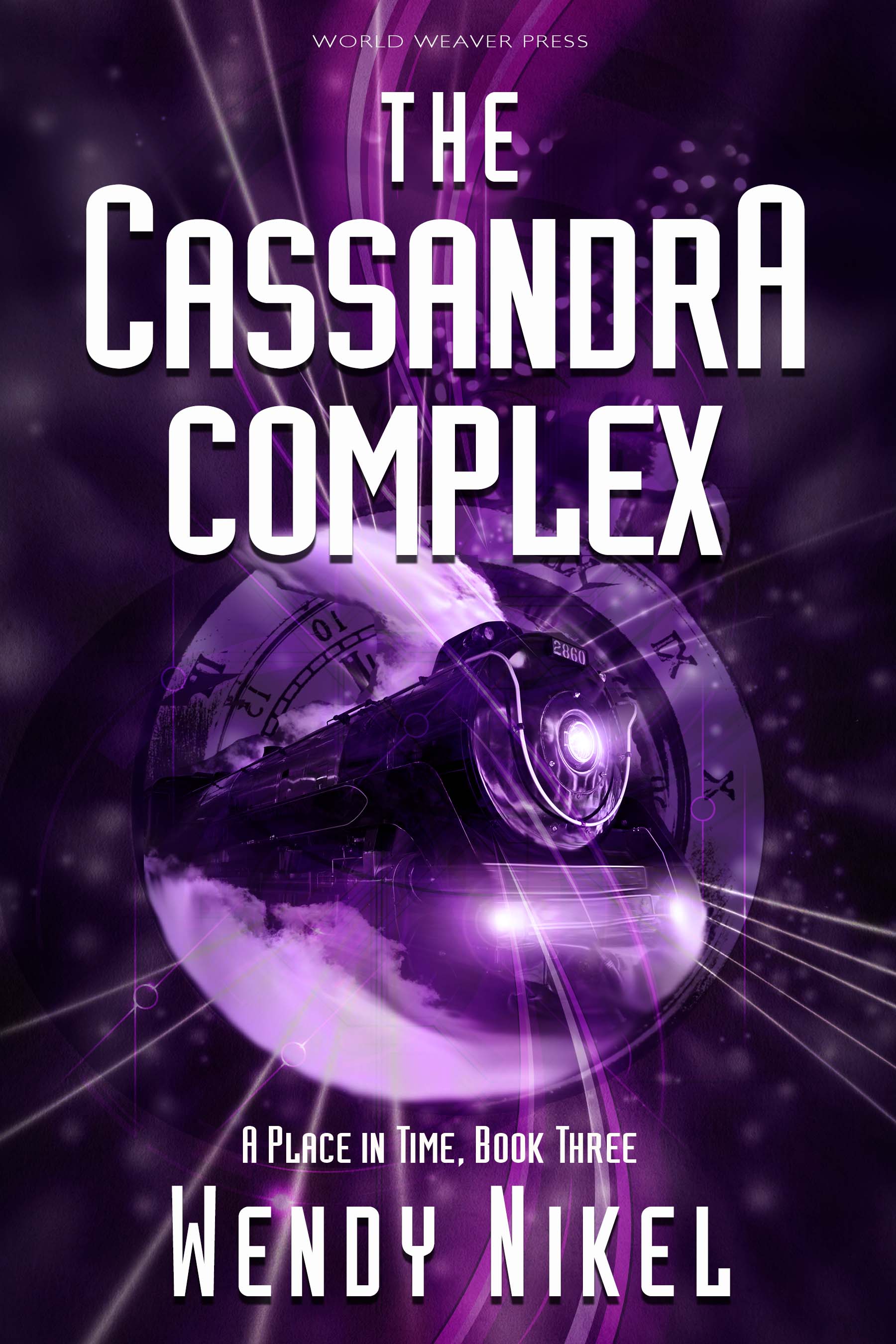 The Cassandra Complex is the third book in my Place in Time novella series. Throughout the first two books, The Continuum and The Grandmother Paradox, I’ve enjoyed sending my characters on adventures to various points in history through a time travel agency that specializes in vacations to the past. From the Titanic to the 1893 World’s Fair, this series has allowed me to spend a lot of time exploring the way people lived and things that were unique to those times. One particular piece of history I researched for this story were the thousands of young women who followed the railroad lines westward to take on positions of waitresses in the Fred Harvey Company.

With the rise of train travel in the late 19th century, Fred Harvey worked to fill a need for quality food and hospitality for travelers in the west. He opened his first roadhouse in Topeka, Kansas in 1876 and soon had a thriving franchise along the Atchison, Topeka & Santa Fe Railway, providing travelers with fresh, wholesome meals, served within the time frame of a single train stop.

Harvey initially hired young men as waiters but found them too prone to drinking and fighting, so in 1883, he began hiring “white, young women, 18-30 years of age, of good character, attractive and intelligent.” Thousands left their homes in the East and Midwest to answer his ads. The salary of $18.50 a month, plus room and board, was generous at the time, and many of these women were eager for adventure and a steady income.

The Harvey Girls were held to high standards to protect their reputations and that of the company. They wore uniforms of modest black dresses, tidy white aprons, and black stockings, and wore their hair in nets and white ribbons. Rules prohibited smoking, gum-chewing, or drinking.

In the 1890s, Fred Harvey was contracted to serve food in the dining cars of the Santa Fe Railway trains, and the Harvey Girls took to the rails. One of the trains they served on was the California Limited, which is featured in The Cassandra Complex.

I hadn’t initially intended to put Cass, my main character, on a westbound train, but when I began researching what jobs would have been available to single, young women in the year 1914, this quickly rose to the top of the list. It was truly a unique opportunity for women during that era, when the choices of young women (especially from poorer backgrounds) were extremely limited. Many women used their earnings to attend schooling which they wouldn’t have been able to afford otherwise. Others went on to marry ranchers, miners, and other frontiersmen they met in West, thus playing an important role in the settlement and development of communities.

With the decline of railroad travel in the 20th century, the Fred Harvey Company also faded from existence, but even years later, many of the 100,000 women who served as Harvey Girls considered their years of service as an important part of their identity. And after her adventures on the rail line, I’m sure my main character, Cass, would agree.

Wendy Nikel is a speculative fiction author with a degree in elementary education, a fondness for road trips, and a terrible habit of forgetting where she’s left her cup of tea. Her short fiction has been published by Daily Science Fiction, Nature: Futures, and is forthcoming from Analog and Beneath Ceaseless Skies. For more info, visit wendynikel.com