Wendy Nikel is joining us today to talk about her novel The Grandmother Paradox. Here’s the publisher’s description:

When Dr. Wells, the head of the Place in Time Travel Agency, learns that someone’s trying to track down the ancestors of his star employee, there are few people he can turn to without revealing her secrets. But who better to jump down the timeline and rescue Elise from being snuffed out of existence generations before she’s born than the very person whose life she saved a hundred years in the future?

But Juliette Argent isn’t an easy woman to protect. The assistant to a traveling magician, she’s bold, fearless, and has a fascination with time travel, of all things. Can the former secret agent Chandler, with his knowledge of what’s to come, keep her safe from harm and keep his purpose there a secret? Or will his presence there only entangle the timeline more? 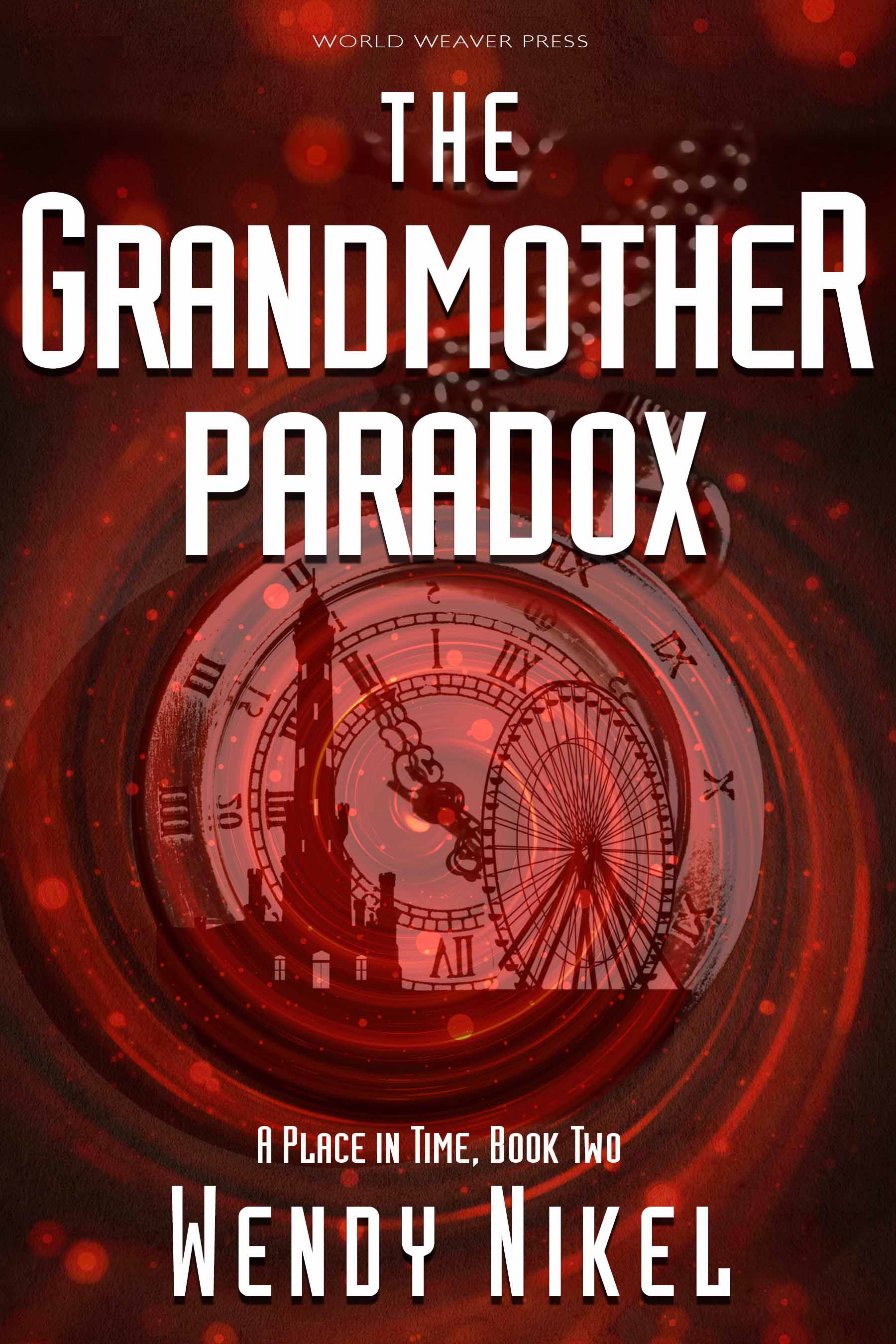 THE GRANDMOTHER PARADOX is the second book in the Place in Time novella series, which is based around a travel agency that specializes in time travel vacations in the past. Although I still love the travel agency itself, which I blogged about for the release of book one, in this book, my favorite part is one of the settings: the 1893 Chicago World’s Fair.

I first read about the fair in Erik Larson’s 2004 book, The Devil in the White City, and instantly, I was hooked. I tried to get my hands on anything I could read about this fascinating event. As the city recovered from the Great Fire of 1871, Chicago put in its bid for the World’s Fair, right at a time of global change and innovation, which would make this one of the most memorable fairs in history. Electric lights illuminated the fairgrounds. Products such as Quaker Oats, Cracker Jack, and Juicy Fruit gum were first introduced to the public. Countries from around the world and individual states hosted pavilions that showcased their best qualities.

It was an exciting place to be at a pivotal point in United States history, where technological developments were beginning to put the world within the common person’s reach and anything seemed possible. If I had access to a time machine, this would definitely be on my list of places to visit.

I initially used this setting in a now-trunked manuscript. In it, a boy and his family journeyed down to the fair from Wisconsin, and there he met up with a traveling magician who gave him some important advice and a gift. The Midway Plaisance of the fair – which also featured carnival rides such as a balloon drop and the world’s first Ferris Wheel – was filled with performers like this, including one who would become quite well-known for his escape acts: Harry Houdini. So when I decided to set part of this novella at the fair, the idea of traveling magicians came along with it.

In THE GRANDMOTHER PARADOX, the head of the Place in Time Travel Agency, suspects that someone is plotting to kill the great-great-grandmother of his star employee (to prevent the events of the previous book), so he calls upon the man whose life she saved to jump to the year 1893 and protect the young woman, who’s working as a magician’s assistant in a traveling show.

Together, they make their way to the World’s Fair, where he hopes they’ll be able to blend in among the sights and crowds, but he quickly discovers that when you’re being stalked by a man with a time machine, nowhere – and no time – is really safe.

Wendy Nikel is a speculative fiction author with a degree in elementary education, a fondness for road trips, and a terrible habit of forgetting where she’s left her cup of tea. Her short fiction has been published by Fantastic Stories of the Imagination, Daily Science Fiction, Nature: Futures, and elsewhere. Her time travel novella, The Continuum, was published by World Weaver Press in January 2018, with a sequel, The Grandmother Paradox, out now. For more info, visit wendynikel.com