Danielle L. Jensen is joining us today to talk about her new novel Dark Shores. Here’s the publisher’s description:

In a world divided by meddlesome gods and treacherous oceans, only the Maarin possess the knowledge to cross the Endless Seas. But they have one mandate: East must never meet West.

A PIRATE WITH A WILL OF IRON
Teriana is the second mate of the Quincense and heir to the Maarin Triumvirate. Her people are born of the seas and the keepers of its secrets, but when her closest friend is forced into an unwanted betrothal, Teriana breaks her people’s mandate so her friend might escape―a choice with devastating consequences.

A SOLDIER WITH A SECRET
Marcus is the commander of the Thirty-Seventh, the notorious legion that has led the Celendor Empire to conquer the entire East. The legion is his family, but even they don’t know the truth he’s been hiding since childhood. It’s a secret he’ll do anything to protect, no matter how much it costs him – and the world.

A DANGEROUS QUEST
When an Empire senator discovers the existence of the Dark Shores, he captures Teriana’s crew and threatens to reveal Marcus’s secret unless they sail in pursuit of conquest, forcing the two into an unlikely―and unwilling―alliance. They unite for the sake of their families, but both must decide how far they are willing to go, and how much they are willing to sacrifice. 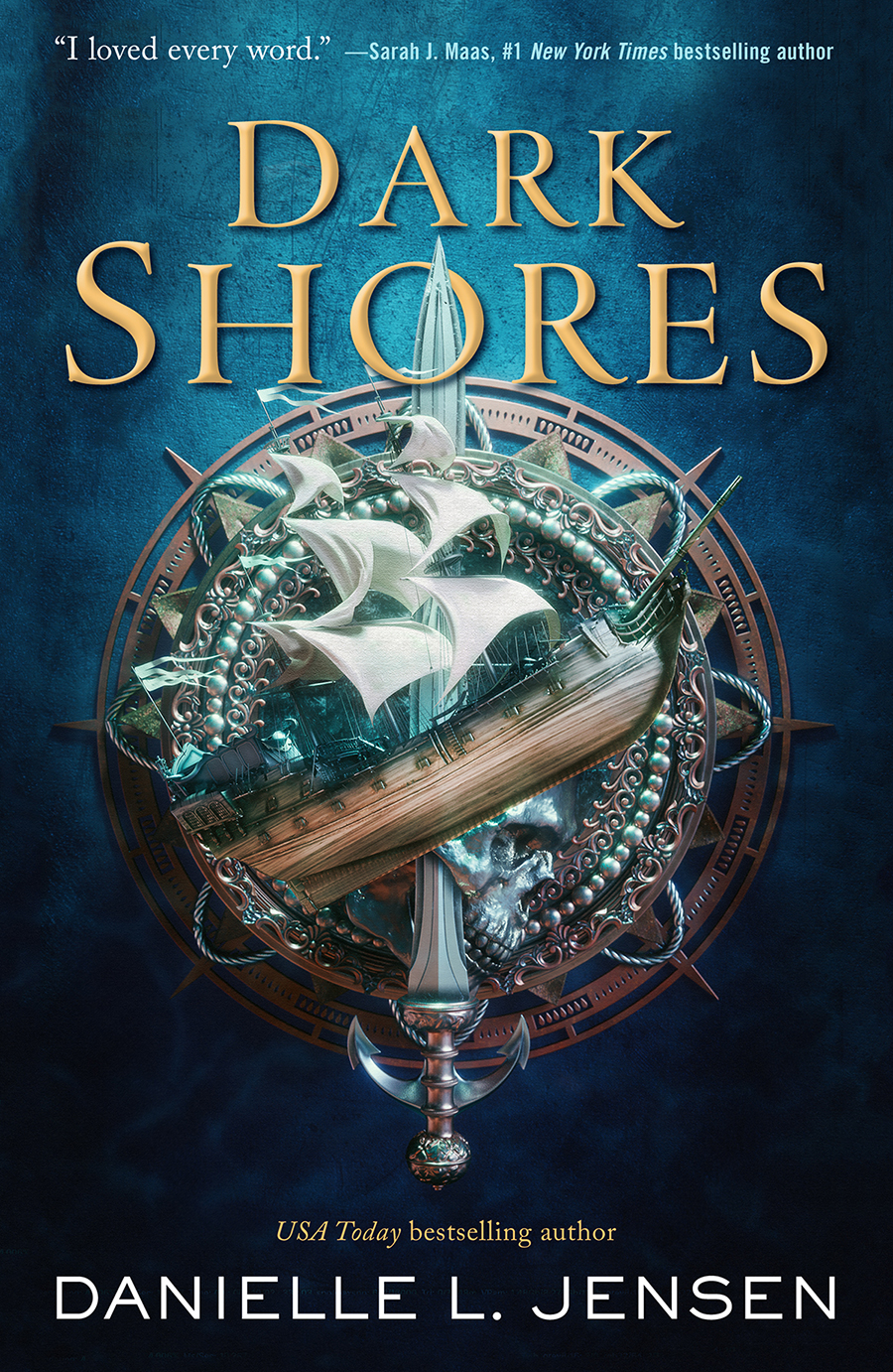 There are fewer worldbuilding tropes more common to YA fantasy than kingdoms with evil kings or queens, their position and power granted to them by birthright. It’s a trope I’ve used more than once, and will definitely use again, but when it comes to evil rulers, Dark Shores is a significant departure from my other work. The novel begins in an Empire inspired by Ancient Rome, complete with soaring columns, senate houses, deadly legions, and democracy, albeit a flawed version of it. The antagonist is not a villainous king, but rather Lucius Cassius, a power-hungry senator running for the position of consul – the most influential elected position in the Celendor Empire.

The hero of Dark Shores is Marcus, a young legion commander who is being blackmailed into supporting Cassius by having his entire legion vote for him in the elections. There is a rather dramatic scene where Marcus, in full regalia, marches into the Forum at the head of the most feared legion in the Empire in the final hours of the election, knowing that he’s about to turn the vote in Cassius’s favor. Marcus is the first of them to vote and there are a couple paragraphs where he stands alone in the voting pavilion, still not quite committed to what he intends to do, that I absolutely love.

Marcus understands better than anyone that Cassius is a villain. That the Empire won’t thrive under Cassius’s leadership. But Marcus also understands that Cassius’s victory is better for him and for his legion. There are thousands of young men, plus most of the Senate, standing outside in the Forum waiting for him to exit the pavilion, but Marcus hesitates, token gripped in his sweating hand and his stomach in ropes, before casting his vote. For readers, it might seem like a small moment, but it’s actually the crossroads point where the plot of the novel either begins or is stopped in its tracks.

I love moments where characters must make choices, but I love this one in particular not just because the consequences are so catastrophic, but because it’s a moment readers can see themselves experiencing. None of us are likely to ascend a throne, but nearly all of us will have the opportunity to vote for a political leader, knowing that we have a hand in who comes out victorious. We understand the feeling of grappling with the choice we must make, weighing and measuring the options. A vote is a powerful thing, and like Marcus, we are all culpable for the actions of those we cast our vote for.

Danielle L. Jensen is the USA Today bestselling author of The Malediction Novels: Stolen Songbird, Hidden Huntress,  Warrior Witch, and The Broken Ones, as well as The Bridge Kingdom (Audible Originals). Her latest novel, Dark Shores, was released by Tor Teen on May 7. She lives with her family in Calgary, Alberta.