Jason Kirk is joining us today with his story in verse, “The Guardian from the Sea,” from the anthology Phantasma: Stories. Here’s the publisher’s description:

“Undercurrents” – A young woman discovers her migraines are a symptom of something more sinister than what a good lie-down in a dark room can cure.

“Pro Patria Mori” – An Irish soldier encounters fairies who offer magical aid, but will that magic help save those he holds dearest?

“Akiko” – A curse laid in Japan finds its mark in the City of Angels.

“The Adoption” – In a new age of sexual equality and reproductive freedom, bio-engineered foetuses are gestated in artificial wombs. But what becomes of tomorrow’s orphans?

“Pitch” – A goat-faced boy sets out with a rifle to kill his father, the Devil, in 1950s rural Georgia.

“The Guardian from the Sea” – A wheelchair-bound mermaid finds love in an adult-video store, and barely escapes to regret it. 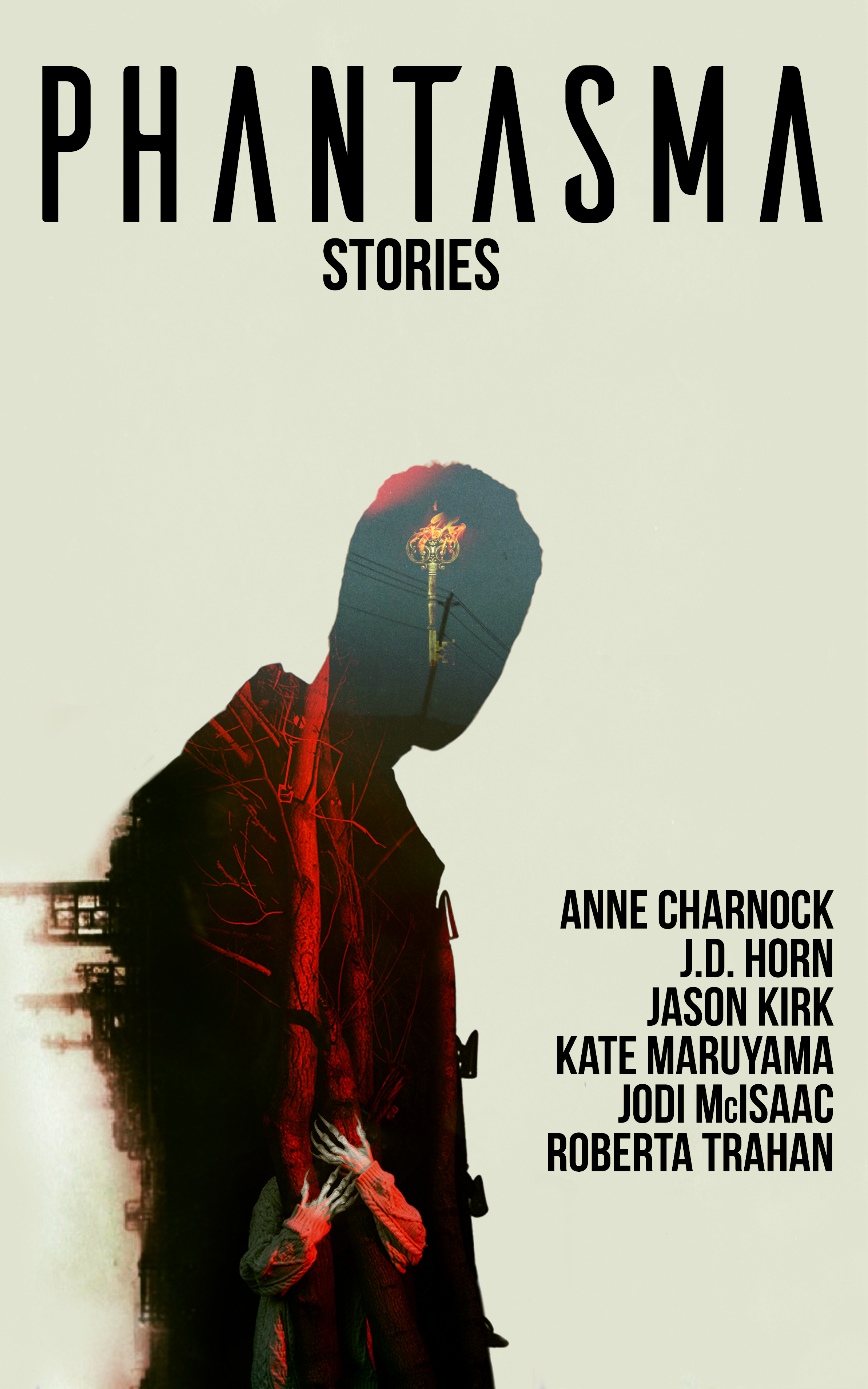 In a new anthology featuring stories of the occult, the paranormal, some science fiction, and more speculative goodness, I have the distinct pleasure of sharing pages with some wonderful authors who graciously welcomed my own contribution, a story in verse, which closes the anthology. Set in a near-future Southern California — awash in magic and populated by banshees, a monster, a gargoyle, a warlock, dragons, and a houseborg named Stanley — “The Guardian from the Sea” tells the tale of seven years in the life of Meredith, a wheelchair-bound mermaid who works at an adult-video store. Her foil and antagonist is her boyfriend Ozzie, and their deeply dysfunctional relationship comprises the core conflict of the thirteen-part narrative.

At one point in the story, Ozzie is wheeling Meredith along the boardwalk, heckling the religious evangelists on inline skates, whom he calls “holy roller bladers.” Much to Meredith’s dismay and embarrassment, Ozzie unleashes a flood of unprovoked invective, a torrent of layered insult that viciously demeans their beliefs, and he piles it on for four breathless lines. Now I was raised in a strict Catholic family, by a devout (and devoted) mother, and as a result, I remain forever interested in religion generally, Christianity in particular, and Catholicism specifically. Ozzie’s profane outcry represents the antithesis of what my mother would hope to read in my poetry, and there’s a heady, rebellious thrill that accompanies the commitment of such a pointed sacrilege to the page. Of course, they’re not my words. They’re Ozzie’s, and as the rest of the story makes clear, Ozzie is a pathological abuser with almost no sense of how his words might hurt others. At least, that’s what I’ll insist when my mother reads the story. She’ll see right through my attempt to hide behind my own reprehensible character, and we’ll both know it’s a weak defense. Sorry, Mom.

If the evangelists react to Ozzie’s verbal abuse, it isn’t depicted in the story, although Meredith’s reaction is, and in it there’s a bit of my own feeling about Ozzie’s brutal blasphemy.

I’ll readily admit that I’m not especially adept at beautiful writing, though like any poet, I suppose, I certainly aspire to it, at least from time to time. This image, though, is among the most beautiful in all my work to date. Readers of the story — and listeners, when I’ve performed it for an audience — frequently comment on this particular image, citing their ability to see it clearly, the fluid play of blood-shadow across Meredith’s face, refracted as if through water. The relevance of the image is straightforward, given Meredith’s presumed origins in the sea, and I suspect that the clarity and the simple beauty it evokes contribute to its standing out in a poem that’s otherwise often difficult and decidedly not pretty.

But it’s the immediate succession of these two stanzas that really elevates this particular moment in Meredith’s story, at least for me. In my own reading, there’s almost nothing I love more than a surprising juxtaposition: two or more images, ideas, words, or emotions that, by virtue of their being strange bedfellows, yield more than the sum of their parts. Here in Meredith’s story, an image of simple beauty follows a crass burst of unbridled blasphemy, and this singular intersection of the pretty and the profane makes for my favorite bit.

JASON KIRK is an award-winning poet and the author of A Fabulous Hag in Purple on the Moor, Reverb: Poems, and The Other Whites in South Africa. He lives in Seattle, Washington.