T.D. Walker is joining us today to talk about Small Waiting Objects, her collection of science fiction poems. Here’s the publisher’s description:

In the near future, kitchen appliances question, console, and bewilder their owners. Extraterrestrials leave behind sub-dermal implants and complicated daughters. A second moon settles into orbit around Earth, a moon which challenges those beneath it to see it, to name it, to explore it. And crew members aboard starships turn to fine and pulp art as consolation. The lyric poems in Small Waiting Objects reach back to feminist utopias and onward toward possible futures in which we find ourselves resisting the technologies—and their human implications—that we most desire.

What is T.D.’s favorite bit? 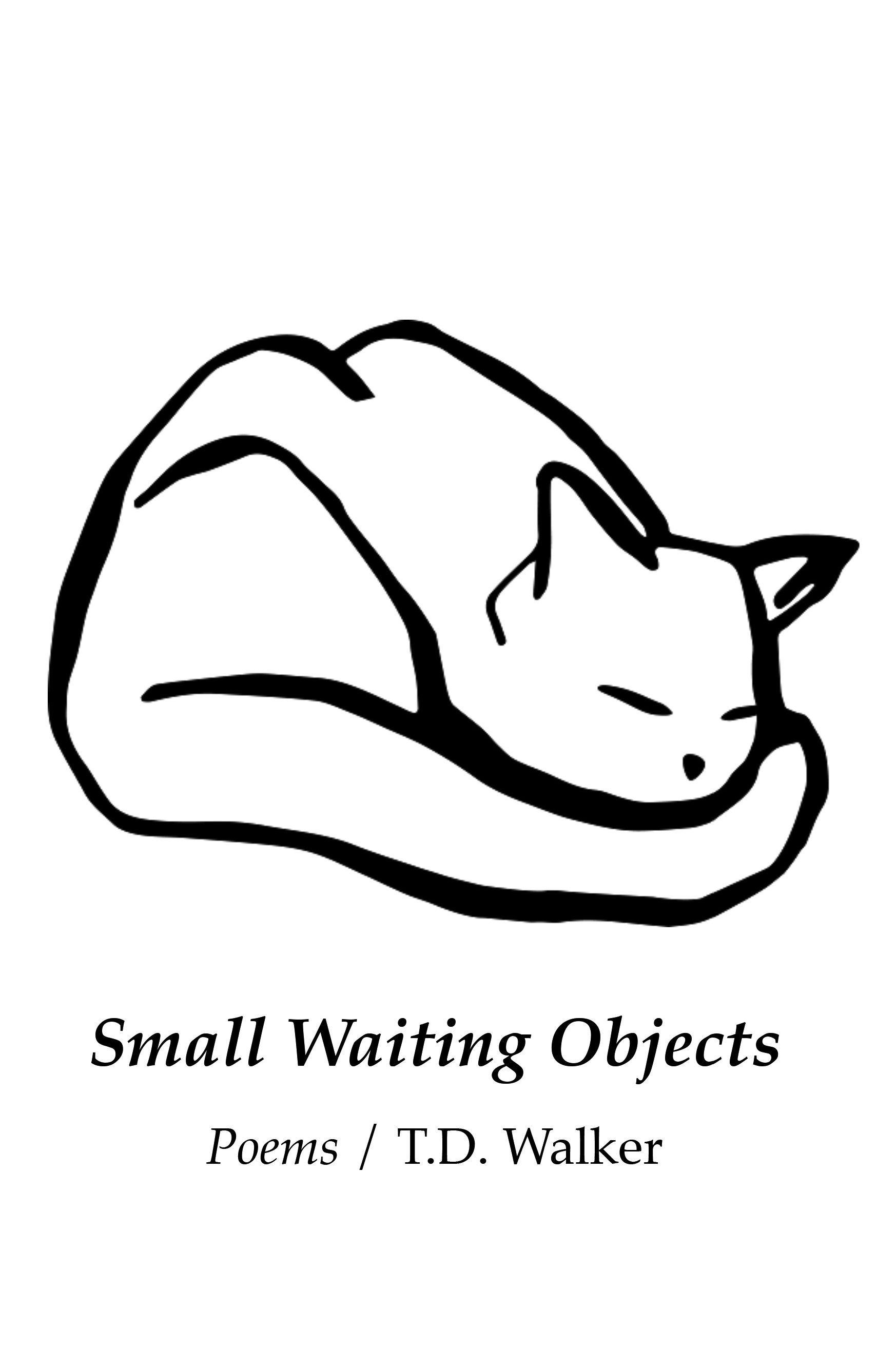 Catherine Helen Spence’s A Week in the Future (1889) spans both a week and a century: for Emily Bethel, a middle-aged, active, inquisitive woman who never married, who is struck ill, it’s a waking week.  Her doctor tells her that she must live quietly from now on or else her heart will become too weak to sustain her.  But she refuses to live as such:

“I know what that means,” said I, bitterly. “I must give up all the things that make life worth living, all the outside interests that are the very bread of life to a solitary spinster, all the larger objects which the best and noblest of my brothers and sisters are striving to accomplish and absorb myself in the one idea of self-preservation.”

Refusing the entreaties of her doctor and of her beloved niece Florrie, she puts forth her own proposition:

“I would give the year or two of life you promise me for ONE WEEK IN THE FUTURE. A solid week I mean. Not a glance like a momentary vision, but one week — seven days and nights to live with the generations who are to come, to see all their doings, and to breathe in their atmosphere, so as to imbibe their real spirit.”

Her doctor obliges, and he gives her a drink that will allow her to sleep for a hundred years so that she can live for a single week in 1988.

Emily Bethel wakes in London, still clutching her valise, and her relatives’ descendants show her the fruits that the social reformers in her own time had sown a century before.  She is pleased with what she has seen, and she passes away on that final day of the week happy to have traded the years of forced tranquility for a week of excitement and knowledge of the future.

As a reader almost 130 years in the future, I allowed myself to believe the utopia Spence imagined for the duration of the book, but given what I know about how events unfolded in the now past–achievements, yes, but also atrocities–I wondered what might happen if Emily Bethel could see into multiple instances of 1988?

I explored such questions through the poems in Small Waiting Objects (CW Books 2019). Several of the poems expand on questions raised by various feminist utopias, including those from Charlotte Perkins Gilman’s Herland and With Her in Ourland.  My favorite of these is a response to Spence’s A Week in the Future: “In Which Miss Emily Bethel Wakes a Hundred Years Later in Every Possible Future,” a poem which was originally published in The Cascadia Subduction Zone.

A girl in suburban Houston and her sister witness the arrival of Emily Bethel, the great-great-aunt of their grandmother, a painter, into their present.  As I imagine her, Emily Bethel has become circumspect but still deeply curious after her visits to thousands of futures from her point in 1888.  She chooses to embrace joy, embrace what she can from each visit:

She’d dropped her coat on the floor and asked

whether my grandmother had a sprinkler and a swimsuit

she could borrow. Aunt Emily ran outside with us

raspberry syrup onto the sidewalk in front of our grandparents’

suburban home. Too far back again, she’d said, but we

didn’t ask what she meant, only pulled the dog and sprinkler

farther into the lawn. Later we’d see her pull

a small cracked mirror from the valise. She half

closed her eyes and slightly opened her blued mouth

and looked at herself. We’d spent the afternoon

running, she’d run harder than either of us girls,

and all of us, hair still damp and fingers sticky

sat on the porch swing watching the August sun

She’d stopped writing down the future

after a year had passed, after she realized that she’d never

escape these possible futures.  The houses, after all, were houses,

full of people or not.  The schools taught what they taught.

from diseases cured long ago in alternate worlds.  The last

page of the diary recorded us:

This time, it’s Elizabeth again, or this instance of her, and her landscapes,

that little square of gray longing.  Where is this home

she repeats?  Her granddaughters staying with her for the summer.

I’ll leave the valise again.  When I meet Elizabeth again,

a dozen or two dozen weeks from this one, I’ll tell her,

the her I find there, that the light is never true:

rising over the village, reflecting in those vast pools, catching

itself in the spray of fountains whose sources we

lose in the process of desire.

Poems, for me, are a way of breaking situations open to find deeper and more complex questions about them.  Would Emily Bethel, driven as she is to know what happens next, ever tire of moving through possible worlds?  I don’t know.  But I do think she’d find a way to situate herself in each so that she could learn as much as she could before passing to the next.  Sometimes that learning involves interviews and tours.  And sometimes it involves writing poems.  But I think it also involves sometimes leaving room to experience the world through joy.  At least the kid I was in suburban Houston in 1988 certainly hopes that’s the case.

T.D. Walker is the author of Small Waiting Objects (CW Books, 2019). Her poems and stories have appeared in Strange Horizons, Web Conjunctions, The Cascadia Subduction Zone, Luna Station Quarterly, and elsewhere. She draws on both her grounding in literary studies and her experience as a computer programmer in writing her poetry and fiction.
Did you know you can support Mary Robinette on Patreon!