Reese Hogan is joining us today to talk about her novel Shrouded Loyalties. Here’s the publisher’s description:

A soldier returns home with a dangerous secret from an alternate realm, unaware that she is surrounded by spies and collaborators, in this intense military science fiction novel.

Naval officer Mila Blackwood is determined to keep her country’s most powerful secret – shrouding, the ability to traverse their planet in seconds through an alternate realm – out of enemy hands. But spies are everywhere: her submarine has been infiltrated by a Dhavnak agent, and her teenage brother has been seduced by an enemy soldier. When Blackwood’s submarine is attacked by a monster, she and fellow sailor, Holland, are marked with special abilities, whose manifestations could end the war – but in whose favor? Forced to submit to military scientists in her paranoid and war-torn home, Blackwood soon learns that the only people she can trust might also be the enemy. 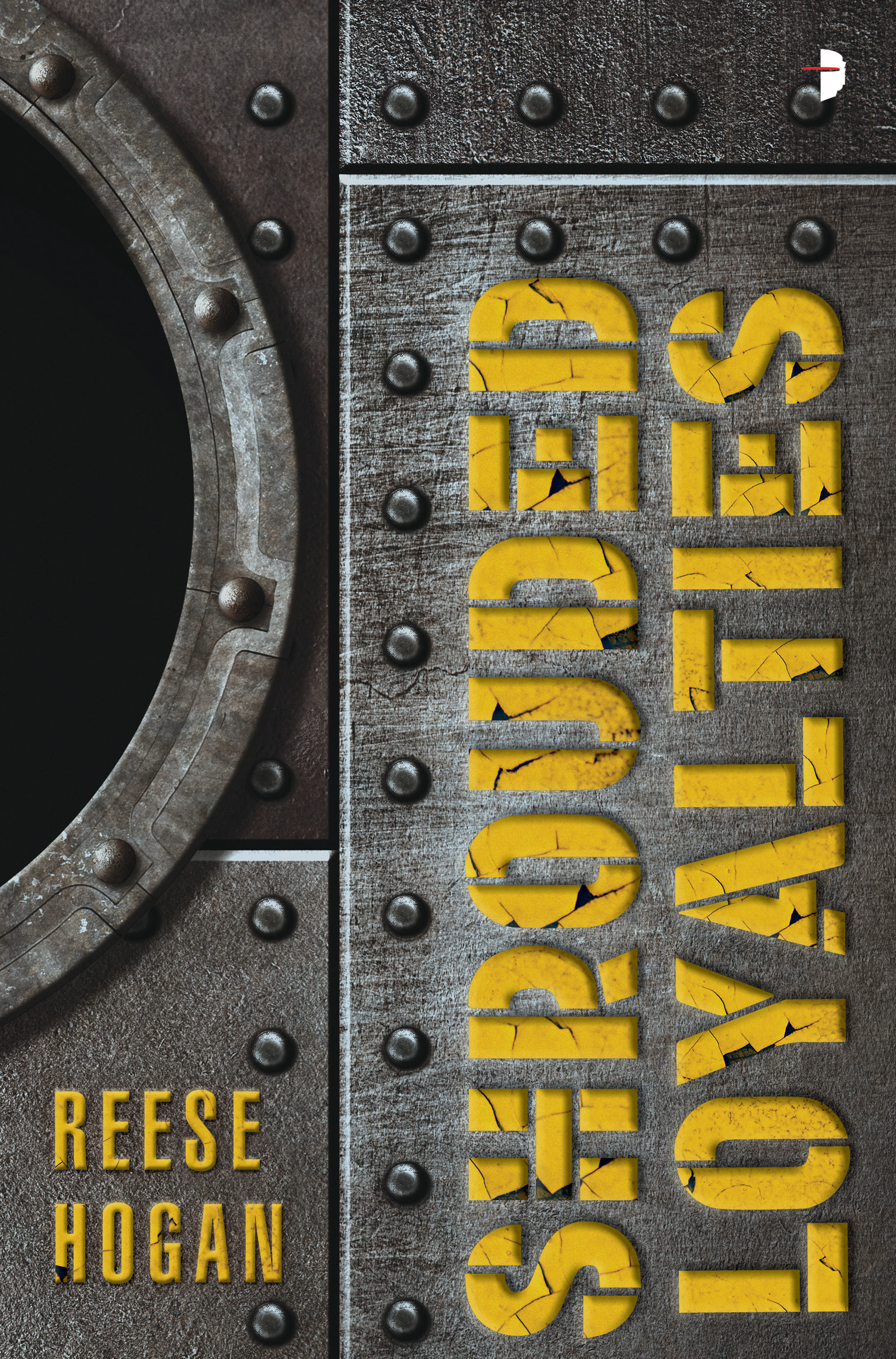 The very first line of my biography reads, “Reese Hogan loves nothing more than creating broken relationships in broken worlds.” No matter how many explosions or monsters or worldbuilding thrills I put in my books, it’s the massively screwed-up relationships that I really thrive on. That’s why my favorite bit in Shrouded Loyalties was giving points of view to three very different protagonists who not only didn’t get along, but were actively working against one another during wartime.

This is a distinctly different process than writing from the point of view of a villain. We’ve all read those books—the ones with antagonists who are so well-rounded that we know exactly why they’re doing their evil deeds. Maybe we even sympathize with them. But it’s not often that we root for them. It’s not normal for us to prefer the villain’s point of view, or for them to actively cross the line into becoming our favorite character.

There are exceptions. Of course there are exceptions. But the key word here is protagonist, usually defined as the leading character or point of view in a literary work. No matter how well-rounded that villain is, you’re not likely to walk away confused about who should have triumphed. However, when the antagonist of your novel is not only a point of view, but a protagonist with their own antagonist and involved character arc, suddenly it’s not so easy anymore.

You won’t see these intricate pairings written as a hero and a complex villain. That would be too simple. You’ll see them in the flawed relationships of intimate acquaintances. College roommates Victor and Eli in Vicious. Tamas and his son Taniel in A Promise of Blood. Siblings Mokoya and Akeha in The Black Tides of Heaven. They oftentimes both have fully developed points of view, and in many cases, you can’t definitively say one or the other is the villain – but there is no question that they are antagonists actively working against each other’s agendas.

I approach this by coming up with the most broken relationships I can think of, then writing both sides. I wasn’t just interested in why Blackwood needed so badly to keep her secrets safe; I wanted to know that the spy taking those secrets had just as much at stake for completely different reasons. I wanted the success of one character to be the dismal downfall of the other, and I wanted either of those failures to bite equally deeply to the reader. I wanted to show why Blackwood’s relationship with her brother was so difficult, and for the reader to see how impossible it was to fix from either end. It’s these places in relationships – these all too-human judgments we pass, these assumptions we make, these conclusions we jump to, and these wedges that our lack of communication drives between us – that I’m most interested in exploring. You don’t need some distant planet or fancy magic system to know what I’m talking about. Whether a story leaves you satisfied by the time you read the last word depends more on what those characters went through with each other and where they ended up than on how big the explosion was at the end. And I should know. I have yet to write a book without a big explosion at the end.

Broken relationships filled with betrayal, guilt, resentment, and lies are not just part of Shrouded Loyalties; they are the framework that built the book. So which of my three points of view are protagonists and which are antagonists? Well, when my first three readers each chose a different character as their favorite, I knew that was as easy to answer as it is in real life. They are all protagonists. And they are all antagonists. Just like the rest of us.