Keren Landsman is joining us today to talk about her novel The Heart of the Circle. Here is the publisher’s description:

Sorcerers fight for the right to exist and fall in love, in this extraordinary alternate world fantasy thriller by award-winning Israeli author Keren Landsman.

Throughout human history there have always been sorcerers, once idolized and now exploited for their powers. In Israel, the Sons of Simeon, a group of religious extremists, persecute sorcerers while the government turns a blind eye. After a march for equal rights ends in brutal murder, empath, moodifier and reluctant waiter Reed becomes the next target. While his sorcerous and normie friends seek out his future killers, Reed complicates everything by falling hopelessly in love. As the battle for survival grows ever more personal, can Reed protect himself and his friends as the Sons of Simeon close in around them? 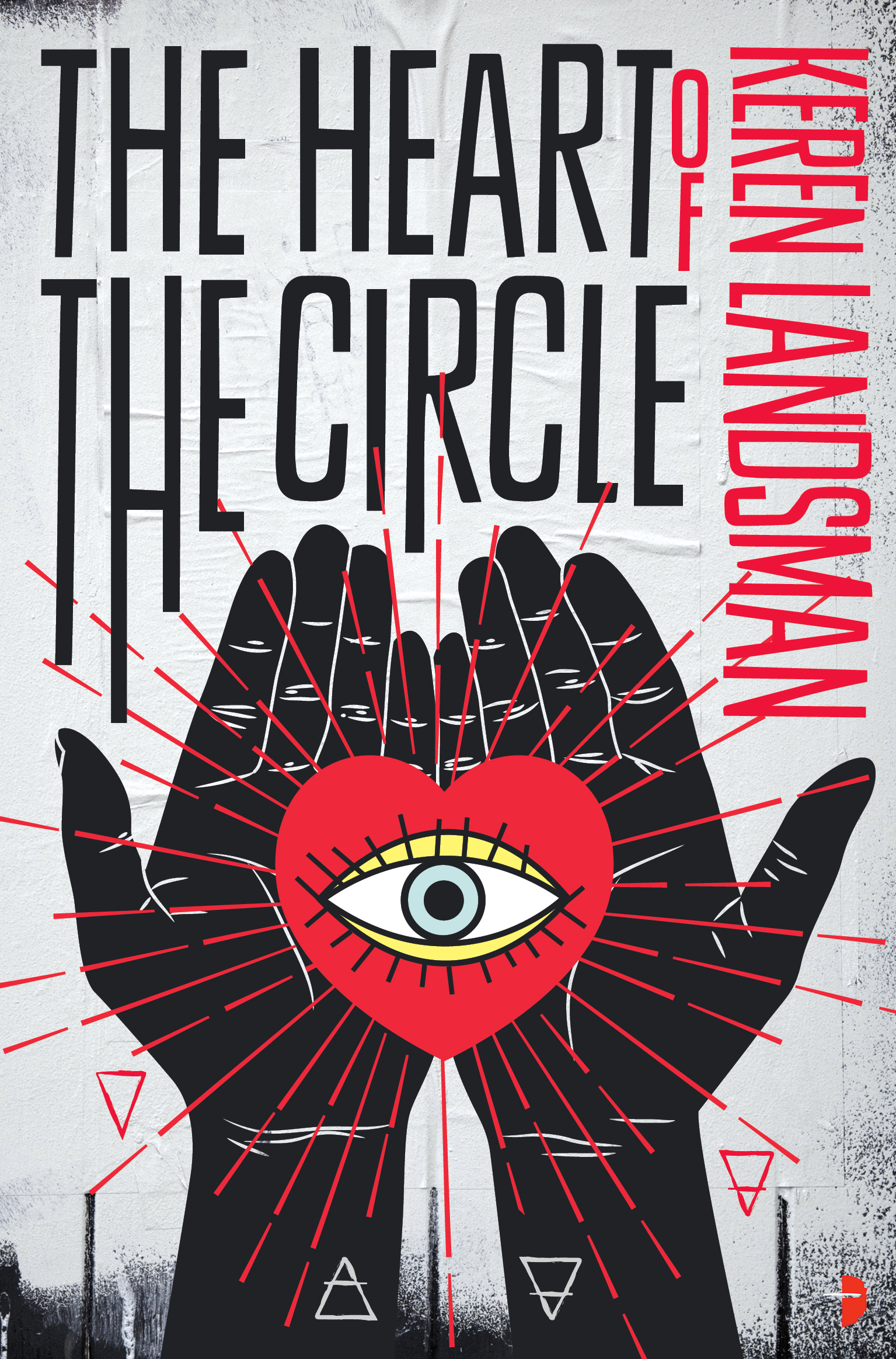 It’s quite common to give the hero a terrible family. A distant father, a neglecting mother, an obnoxious brother, and when the hero has a normal family, someone has to die. It’s usually done to give a motive for the hero. Without the dead parents, Stark would have never gone into the avenging business, Harry Potter would never have become the center of attention, Elsa would never have run away and discovered her true powers, and don’t even get me started about Superman whose entire planet had to be destroyed in order to give him his life’s mission.

I have a great family, and It’s hard for me to find myself in those books. Most of my friends have a somewhat functioning family. Just a normal, living, loving family with frictions sometimes, where anger is another expression to love, and caring sometimes manifests as prying.

I used my mother to model Reed’s mom: over-protectiive even though her son left home ten years earlier, pouring her worries into cooking and trying really really hard to respect his privacy whilst failing miserably. I might have also used some of my experiences as a mother to create her. Specifically, the first time my son brought his “not girlfriend” home and I had to keep my mouth shut even though I had SO MANY QUESTIONS!

Reed’s brother is based more on my kids’ relationships than my own. They are extremely close, closed than I was to my brother and sister at their age, and they care so much for one another. I know they fight, but whenever I’m mad at one of them they cover for each other and sometimes even provide fake alibis for each other. I love that about them and I tried to catch that feeling when I wrote Reed and Mathew.

The last part of Reed’s family is, of course, the non-genetic one. From Daphne, his best friend and roommate, to Aurora, who is the reason for his volunteering, his non-genetic family is freely based on mine. You can find their real names in the acknowledgement part of the book. Just imagine many sparkling hearts floating over the words.

The Heart of the Circle Universal Book Link

KEREN LANDSMAN is a mother, a writer, a medical doctor who specializes in Epidemiology and Public health, and a blogger. She is one of the founders of Mida’at, an NGO dedicated to promoting public health in Israel. She works in the Levinski clinic in Tel Aviv. She has won the Geffen Award three times, most recently for the short story collection Broken Skies.