Rachel Swirsky is one of the best short story writers working in speculative fiction. At least, that’s my feeling about her. Her work has a beautiful use of language and is thought-provoking. I’m very happy that she’s joining us today to talk about her novelette “Portrait of Lisane da Patagnia,” which is available on Tor.com

So let’s hear about her Favorite Bit.

When I was  a kid, I took art classes. My teacher lived in the neighborhood. She ran the classes for local children who met once a week to learn how to use a scatter of media: colored pencils, watercolors, pen & ink, acrylic, and so on. Of course, we also had to learn how to sketch.

My teacher was a Jewish woman about my parents’ age who had grown up in Queens. I started taking lessons from her at age eight and stopped at age eighteen. She had initially specialized in commercial and fashion illustration, and later become one of the pioneers of digital art. 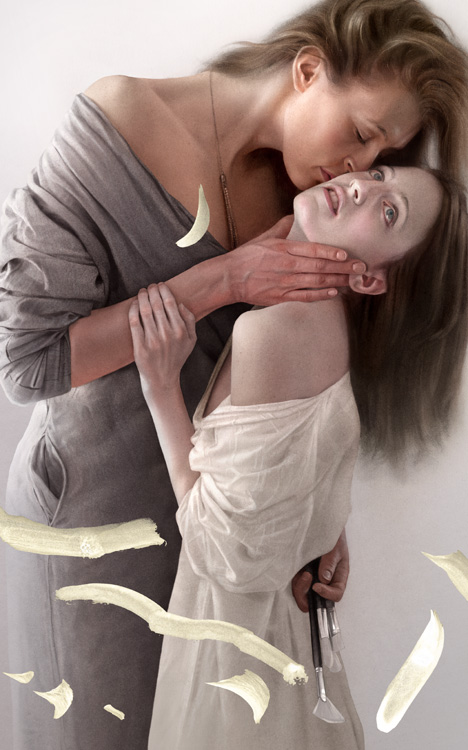 At least once a semester, we had a class on composition, and one on perspective, and one on rendering light. In the summers, she taught figure drawing to students thirteen and up. We learned to draw and we learned to model.

From sketching still lifes of simple objects—you don’t even need a bowl of fruit—you can learn the basic principles of composition, the ways in which you as an artist can coax the viewer’s eye to where you want it. A painting isn’t actually a passive object. If the painter knows what he or she is doing, they can pull you in to the point where they want you and then guide you through the image. They create an experience—sometimes, a narrative.

As a painter, I never really knew what I was doing. I could fake it a bit. My interest was always in creating stories. My old work is littered with illlustrations of stories that I never ended up writing. Drawing and painting weren’t the best media for my expression.

“Portrait of Lisane da Patagnia” takes place in a fictional world with different politics than our own (as well as magic), but the story largely reflects the Italian artistic Renaissance. Since one of my characters is a student, the story gave me a chance to revisit the lessons I’d learned on color and composition.

While I researched the Italian Renaissance so that I could lay down a vague sketch for the story’s setting, I couldn’t get the paintings of the Renaissance out of my mind. I saw the settings and characters posed as if they were in Renaissance paintings. I pictured brushstrokes. I imagined careful renderings of light and shadow. I imagined the way the artist would guide the viewer’s eye.

I tried to replicate that feel in the text—not just by describing what the paintings looked like, but also the ways in which they create a viewing experience.

It’s amazing fun to create fictional paintings. I was never very good with a brush, but I fancy myself to be decent with words, and a story like this one allows me to create in prose things that are much more complex than what I could do on canvas.

Another pleasure was discovering the ways in which the material culture of the Renaissance wove recursively through the paintings. The more I read about architecture, cuisine, and clothing, the more I saw them as essential to the texture of Renaissance paintings.  Rich, shining fabrics create the emphasis on wet drapery. Intricate cathedrals inspire epiphanies about perspective.

I’ve been working on some collaborations with other writers recently, and as we’ve laid down our outlines, I’ve often found myself trying to
explain my instincts for structuring stories with the language of artistic composition. A scene goes in this place in order to counterbalance one that’s over here; using this pattern of alternating points of view will create a sense of pleasing asymmetry; the way that an ending is shaped guides the reader out of the story or back in, much in the way that a painted figure’s gaze can lead away from the canvas or back onto it.

My early art lessons inform the way I see the world. My characters experience this to a much higher degree. Their inner lives are revealed by the way they see the world, how they break it down into light and shadow.

My favorite bit of this story was exploring those revealing, intimate visuals.

I’ll close with a couple of paragraphs from the story that I think sum up what I mean:

That wasn’t how I saw it as I walked to Lisane’s house that morning, holding the hand of the journeywoman who’d met my boat. It was Lisane who would teach me how to dissect the world into shapes and shadows.

Rachel Swirsky holds an MFA from the Iowa Writers Workshop. Her fiction has appeared in numerous magazines, anthologies, and year’s best collections. She’s been nominated for the Hugo Award, the Locus Award, the Sturgeon Award, and the World Fantasy Award, and in 2011, her novella “The Lady Who Plucked Red Flowers Beneath the Queen’s Window” won the Nebula Award. Her first collection is THROUGH THE DROWSY DARK, a slim volume of feminist short stories and poetry.

1 thought on “My Favorite Bit: Rachel Swirsky talks about her novelette “Portrait of Lisane da Patagnia””