Octavia Cade is joining us to talk about her novel The Stone Wētā. Here’s the publisher’s description:

We talk about the tyranny of distance a lot in this country. That distance will not save us. With governments denying climate science, scientists from affected countries and organisations are forced to traffic data to ensure the preservation of research that could in turn preserve the world. From Antarctica, to the Chihuahuan Desert, to the International Space Station, a fragile network forms. A web of knowledge. Secret. But not secret enough.

When the cold war of data preservation turns bloody – and then explosive – an underground network of scientists, all working in isolation, must decide how much they are willing to risk for the truth. For themselves, their colleagues, and their future.

Murder on Antarctic ice. A university lecturer’s car, found abandoned on a desert road. And the first crewed mission to colonise Mars, isolated and vulnerable in the depths of space.

How far would you go to save the world? 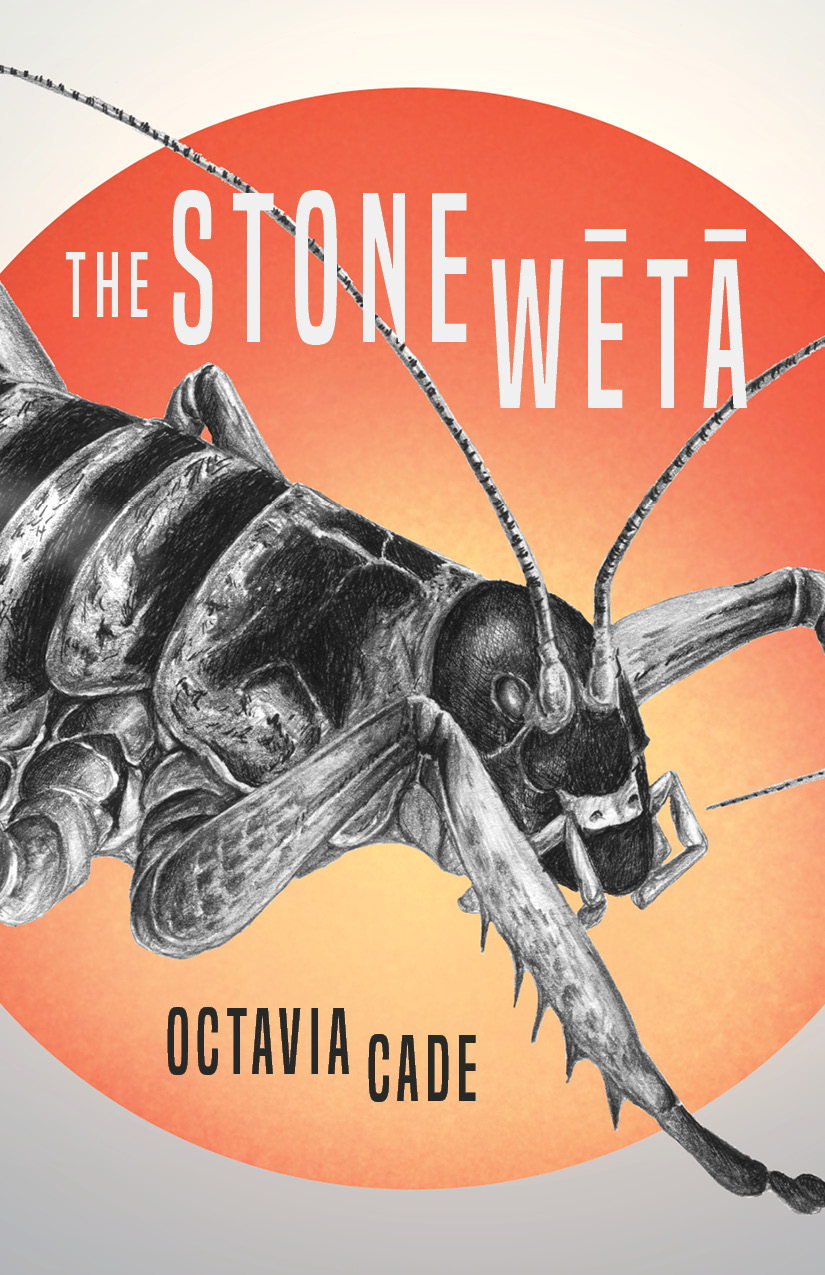 My favourite bit is science. It’s an idealist’s vocation, resting as it does on the belief that if you investigate something as honestly and thoroughly as possible, then sooner or later you’ll understand it, and can help others understand it too, so that they may go forth into the future and spread that understanding even further. It’s exploration, it’s innovation… and it’s also, too frequently, ignored.

You’re living through pandemic at the moment, just the same as I am. So I’m sure you’ve seen, just as I have, examples of science denial, and of information being given out that’s incomplete, biased, or just flat-out wrong. (Here in New Zealand, there’s a small subset of people who think Covid-19 is being passed on by a 5G network beaming viral infection into our houses as if it were a Star Trek transporter and our biofilters were on the blink.) There’s no escaping it.

I’d like to say that this sort of science communication is a single, isolated failure. It isn’t. What worries me most, however, is the compromise of climate science, because all too often that shit is deliberate. The Stone Wētā developed because of stuff I was seeing in headlines, on news cycles, and in science journals. Data that was disappearing, scientists that were being muzzled. Other scientists, trained in observation as scientists tend to be, noting these things and trying to preserve information across borders, getting data sets to safe places so that access to it could
be protected, no matter who was in power.

It sounds ridiculous. Paranoid. Yet it’s happening. Over in Australia, the Great Barrier Reef, arguably the biodiversity wonder of the world, an ecosystem seen from space, has just had another major bleaching event. It’s dying. The Australian government knows it’s dying – didn’t stop them pulling strings to keep the impacts of climate change on the Reef out of a major UN report. We can’t have other people know that it’s dying. Tourism might be affected.

Look. There’s no sense trying to pretend that the present and future impacts of climate change on our world have not and will not lead to a virulent bastard child born of science and politics both. Spectres of that particular mating have been lurking for generations, and they don’t seem to die. The climate version certainly will not, and I’ll tell you why. It’s because the fusion of science and politics is a necessary one. Science might be able to model, for instance, the potential outcomes of sea level rise. What science cannot do is use that information to decide how local and regional councils, not to mention national organisations, will do about coastal infrastructure. Science won’t tell you who pays for that, or what changes in zoning might have to occur. That is the realm of politics, of communities coming together to decide their social and economic future. But, crucially, they can’t do that successfully if their information isn’t accurate.

If we don’t start booting people up the arse, those are the decisions we’ll be getting. The future of our planet depends on accurate, accessible climate data. The scientists of The Stone Wētā know this. They know that idealism is no longer enough, because although their vocation requires it, the vocations of others do not. A Scientific American article from 2015 makes this clear: Big Oil knows about climate change. It has known for four decades, and has been suppressing research and promoting misinformation for nearly that long. I think we all know why. For some people, the Great Barrier Reef is worth less than stock dividends.

It isn’t to me. And it isn’t to the scientists of The Stone Wētā, whose work is in danger from the same deliberate suppression, the same malicious undermining. For some of them, it’s not only
their work that’s in danger. If the ultimate goal of power is to control the conversation, after all, sometimes it’s just easier to get rid of the speakers.

But they are observers, and aware, and they are idealists still. So the scientists of The Stone Wētā form an underground network, funnelling data to safe places, keeping their work alive when sometimes they can’t keep themselves that way. They’re women, all of them, because women – especially women of colour – are routinely overlooked. They are used to conversations that mean more than one thing. They are used to subtlety, and to survival. And they are – especially those women of colour – from communities likely to be far more affected by climate change than others.

There is a creature in New Zealand called the stone wētā. It’s a spiky, ugly insect, and it has the wonderful characteristic of freezing solid in winter. Central Otago, where the wētā lives, is cold in winter. Freezing is a way of surviving to better times, to dragging the genetic information of its body into another breeding season under sunlight. It’s a creature of survival in a hostile climate, and I know all this because science, my favourite bit, found out about it and told me so.

It can tell you things too, if it’s allowed to do so.

Octavia Cade is a New Zealand writer with a PhD in science communication. She has sold close to 50 stories to markets such as Clarkesworld, Asimov’s, and Shimmer. Several novellas, two poetry collections, and a non-fiction essay collection on food and horror have also been published, and her first short fiction collection, The Mythology of Salt, is due out in July from Lethe Press. She attended Clarion West 2016, is a three time Sir Julius Vogel award winner, and has recently been nominated for a Bram Stoker award. Currently she is the writer-in-residence at Square Edge/Massey University in N.Z.