Nandi Taylor is joining us with her debut novel Given. Here’s the publisher’s description:

Yenni has never been this far from home. With only her wits, her strength, and her sacred runelore, the fierce Yirba warrior princess is alone in the Empire of Cresh. It’s a land filled with strange magics and even stranger people—all of whom mistrust anyone who’s different. But Yenni will prove herself, and find the cure for her father’s wasting illness. She will not fail.

No one warned her about the dragons. Especially not about him.

Yet there is something powerful and compelling about the violet-black dragon known as Weysh. In human form he’s muscular, beautiful—and completely infuriating. What kind of arrogant creature claims a stranger as his Given; as his destined mate? Yenni is no man’s—or dragon’s—plaything. But other magics must be at work here, because Weysh might just be her best hope at finding the answers she seeks.

Only now Yenni can’t tell if she’s fighting an attraction to a dragon . . . or fighting fate itself. 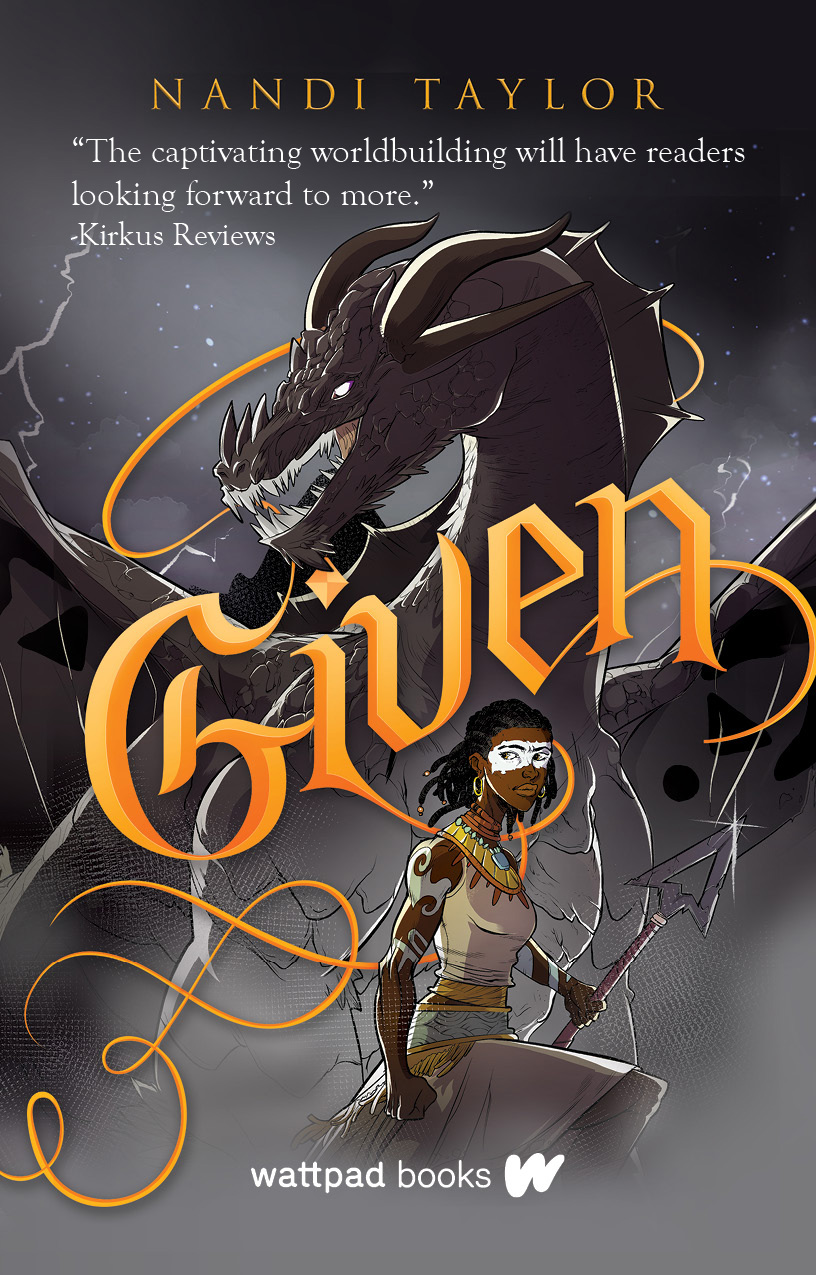 “Given” is my debut novel and it’s the story of Yenni-Ajani, a princess of the Yirba Island tribe whose father, the Chieftain, is ailing. Desperate to find a cure for his sickness, she goes abroad to the Northen Empire of Cresh, intending to enroll in the top magical academy there in the hope of learning something that will save him. While there she bumps into Weysh, a dragon-shifter who claims the two of them are Given, or destined soulmates. Yenni’s not having it, but Weysh is convinced he’s right. However if Weysh  keeps pushing, he’ll push her away for good.

Of course the slow-burn enemies to lovers romance is a big focus of the book. It was incredibly fun nudging the two main characters together. And to that end I enjoyed subverting some common, and in many cases problematic, romance tropes. But what really got my motor running was examining our existing cultural bias through the use of a secondary world.

I’ll give an example. Yenni comes from a collection of islands known as the Moonrise Isles. There, magic is done through drawing runes on the body and singing wordless rune hymns. In the empire of Cresh, magic is done through incantations bolstered by an ironclad faith in a collection of theories, laws and principles. Yenni is incredibly skilled at runelore, the magic of her home, but when faced with the magical entrance exam for the Creshen academy, she is at a loss, drawing ridicule from the head of the magical department at the academy. This was my metaphor for how we value certain forms of intelligence over others, and how Western standardized testing can fail students from certain backgrounds.

I’m always thrilled when astute readers on Wattpad, where the story was first posted online, identify and point out exactly which cultural bias I’ve critiqued in a certain scene.  Further complicating things for Yenni is the empire’s perception of runelore. Yenni is dismayed to learn that runelore is considered primitive and taboo even, and especially, among the empire’s Island colonies. The rumors go so far as to say that Moonrise Islanders use the blood of infants in their runepaint. Some quick readers saw that this is an analogy for indigenous people’s complicated history with the religions of their colonizers, Christianity in particular.

I love worldbuilding, and one of my favorite parts is using my fantasy cultures to analyse, interrogate and make sense of the world I live in. So using magic systems as a means of pointing out and critiquing cultural bias was definitely my favorite bit.

Nandi Taylor is a Canadian writer of Caribbean descent based in Toronto. She’s a two-time Watty award winner, and her Wattpad story Given has garnered over one million reads and earned the 2018 Worldbuilders Watty award.

Nandi grew up devouring sci-fi and fantasy novels, and from a young age wrote books of her own. Her books are an expression of what she always wanted more of growing up—diverse protagonists in speculative settings. Common themes she writes about are growth, courage, and finding one’s place in the world.