Mark Tompkins is joining us today to with his novel The Last days of Magic. Here is the publisher’s description:

An epic novel of magic and mysticism, Celts and faeries, mad kings and druids, and the goddess struggling to reign over magic’s last outpost on the Earth.

What became of magic in the world? Who needed to do away with it, and for what reasons? Drawing on myth, legend, fairy tales, and Biblical mysteries, The Last Days of Magic brilliantly imagines answers to these questions, sweeping us back to a world where humans and magical beings co-exist as they had for centuries.

The Last Days of Magic introduces us to unforgettable characters who grapple with quests for power, human frailty, and the longing for knowledge that has been made taboo. Mark Tompkins has crafted a remarkable tale; a feat of world-building that poses astonishing and resonant answers to epic questions. 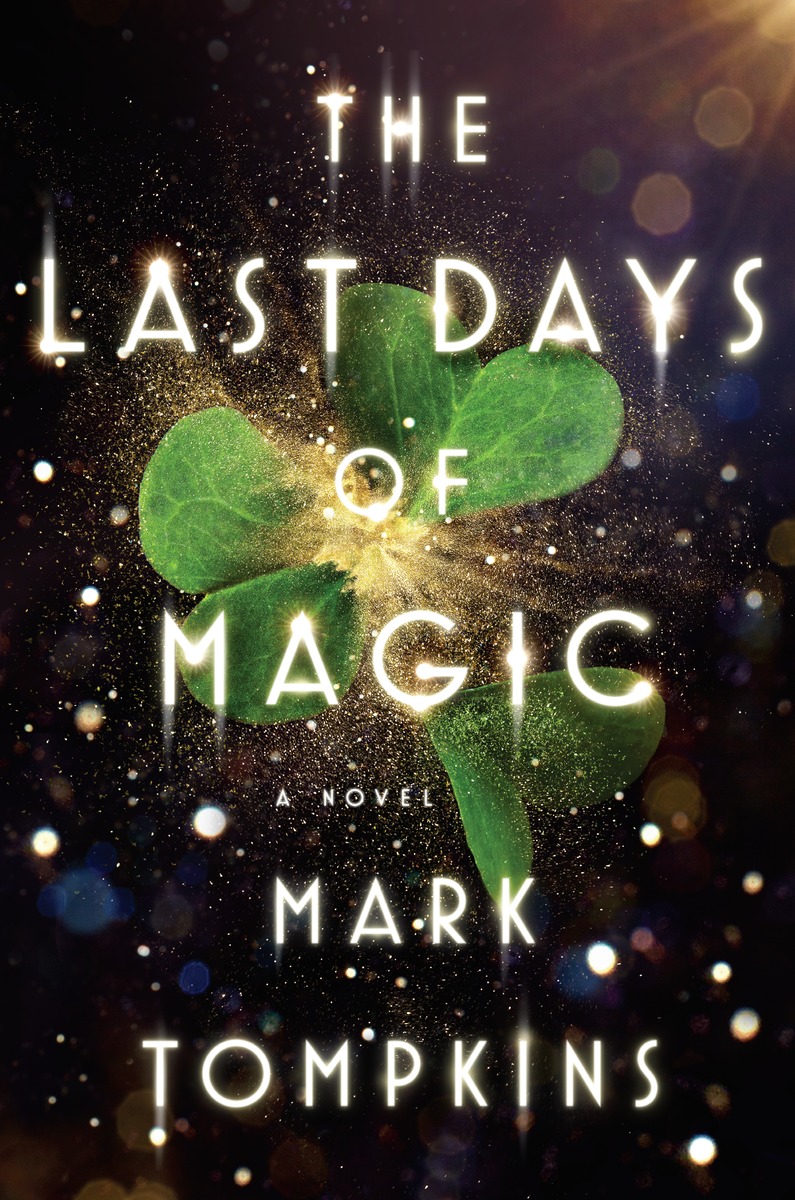 Villains! Much to my surprise my favorite bit about The Last Days of Magic was writing the villains. Characters who at least tried to be honorable felt more constrained by the story arc, whereas the antiheroes freely wrought havoc across the page. I always looked forward to a new one making an appearance. They ran amuck, stayed longer than I had planned, and generally did as they pleased.

Their voices were strong and vibrant. I never really knew what they were going to say until I put ink to page (I am old fashioned in my writing tools). And they lent themselves to being killed, or otherwise subdued, in such exotic ways.

Happily, an abundance of human and inhuman villains presented themselves: Orsini, the psychotic head exorcist; a nameless deranged Imp; Richard, the sadistic king; and plenty of violent faeries. Witches, it should be noted, came in both flavors, nefarious and virtuous. The wicked ones turned out to be concentrated in France due to the dominance of the High Coven, which did not tolerate challenges within its territory.

The most compelling antiheroes to write were those who were psychologically complex and had compelling backstories that hinted at why they became evil. Unlike the out of control Imp, they had plans and a code. My favorite was Isabeau, Queen of France and Grande Sorcière of the High Coven. We see her history through a kind of past life regression to renew her magical blood:

A small clock on the mantel chimed 2:00 A.M., the time for her witches to gather. Before she could join them tonight, she must renew her bond—a bond through blood and time—to the founder of their coven, as she did after each solstice. Though still exhausted from her most recent trip to Norway, she climbed out of her canopy bed and pulled a silk robe over her nightgown. Gliding across her moonlit bedroom, she approached the wall and pressed a piece of molding. With a click a panel swung open.

The Grande Sorcière entered into a perfectly square, windowless room. In the center, on a small gilded table, a single golden candle burned, filling the room with liquid yellow light. The Grande Sorcière knew that as long as she performed the rite, this candle, first lit by her kinswoman Taddea de la Barthe 121 years ago, would not go out and would not burn down. She sat on a plain wooden chair, gazed into the flame, and began the ritual of remembering.

She was rowing a boat up a river of blood under a dark purple sky, where a sun and a moon spun in a tight arc. Along the black sand bank, row upon row of women, thousands of them, each of them on fire, turned their heads to watch her pass.

She tied the boat to a stone wharf and stepped out onto a staircase, which led down farther than she could see.

She walked down the staircase and entered one of the many doors along its edge.

She was in the body of eight-year-old Taddea, standing at a familiar second-story window at the edge of a large square in a town she knew to be Toulouse in 1275.

She could feel the man’s rough hand under her chin, squeezing her face, smell the ale and sausage on his breath as he bent down to her. “You must watch,” he growled. The Grande Sorcière and her predecessors did not care enough about him to remember the man’s name. “See what happens to your kind, what we’ve done to your mother.”

He thought he was forcing her to watch. He was not; she would have watched anyway.

The Grande Sorcière, Isabeau, was thrust into darkness by the persecution of her forbearers. Knowing that, how could I possibly resist giving her a chance for revenge, for more wickedness? What is it about writing from darkness that is so… delightful? Or is it just me?

The Last days of Magic, published by Viking, is Mark Tompkins’s debut novel. He founded the Aspen Writers’ Network and serves on the board of Aspen Words, a program of the Aspen Institute. He is a published poet and international award-winning photographer whose work is held in the permanent collections of museums in the United States and abroad. Born in Texas of Irish ancestry, Tompkins lives in Colorado with his family.

1 thought on “My Favorite Bit: Mark Tompkins talks about THE LAST DAYS OF MAGIC”