Luanne G. Smith is joining us today with her novel The Vine Witch. Here’s the publisher’s description:

A young witch emerges from a curse to find her world upended in this gripping fantasy set in turn-of-the-century France.

For centuries, the vineyards at Château Renard have depended on the talent of their vine witches, whose spells help create the world-renowned wine of the Chanceaux Valley. Then the skill of divining harvests fell into ruin when sorcière Elena Boureanu was blindsided by a curse. Now, after breaking the spell that confined her to the shallows of a marshland and weakened her magic, Elena is struggling to return to her former life. And the vineyard she was destined to inherit is now in the possession of a handsome stranger.

Vigneron Jean-Paul Martel naively favors science over superstition, and he certainly doesn’t endorse the locals’ belief in witches. But Elena knows a hex when she sees one, and the vineyard is covered in them. To stay on and help the vines recover, she’ll have to hide her true identity, along with her plans for revenge against whoever stole seven winters of her life. And she won’t rest until she can defy the evil powers that are still a threat to herself, Jean-Paul, and the ancient vine-witch legacy in the rolling hills of the Chanceaux Valley. 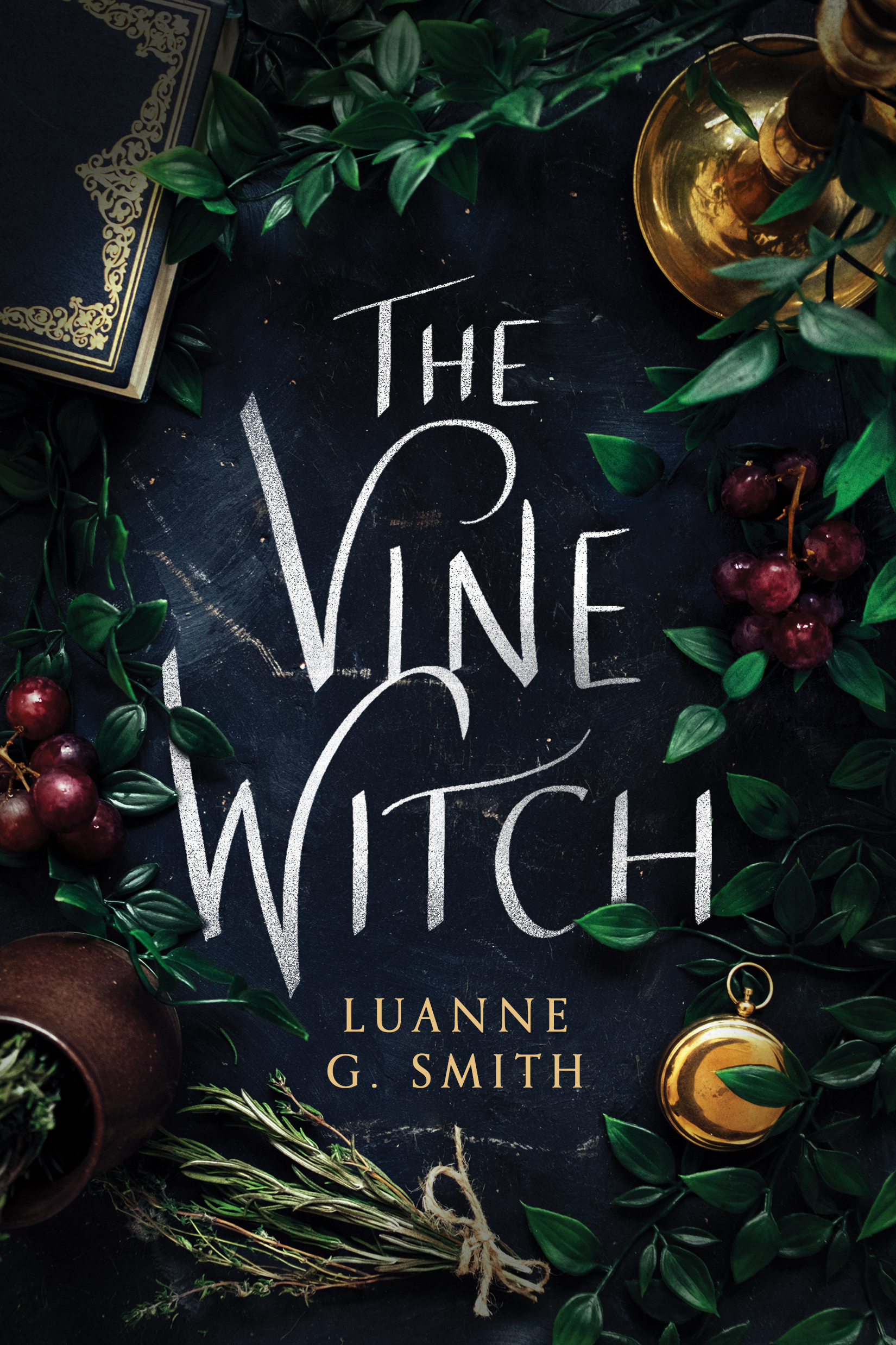 Toad skins, a sprig of dried rosemary, a glass of full-bodied red wine—only in my witch’s world would these three things go together. Or perhaps, too, in the mind of a writer.

Unlike other stories I’ve written, The Vine Witch ended up being a repository for some favorite, quirky expertise I’ve been carrying around in my head for years. Toad skin isn’t something I’m particularly fond of on its own, but I do have an affinity for frogs and toads and reptiles in general. The interest comes from my time working as a naturalist at a state park in Colorado. The nature center where I worked kept a bull snake, painted turtle, and Woodhouse’s toad on display for educational purposes. Part of my job included feeding and cleaning up after the animals. You learn quickly (while controlling that gagging reflex) that toads do shed and eat their own skin on a regular basis. Why? No idea. Could be for the protein. Or a way to cover their tracks so a predator doesn’t hunt them down after sniffing their shed skin. But that little fact stayed with me for years. Same with the peculiar way they sink their eyes down into their head to put pressure on their gullet to swallow. They’re weird but fascinating creatures. So, when a witch story popped into my head two decades later, one involving a curse, I knew just what to do.

Another assignment I was given when I began working at the nature center was to organize color slides taken of all the plants and flowers in the park. Yes, slides. That’s how long ago that was. And while I inwardly groaned at having to shuffle a thousand slides on a light table for a week, organizing them by genus and species (Argemone albiflora, Linaria vulgaris, Melilotus officinalis!) until I was dreaming in Latin, in retrospect it spurred a life-long interest in plants and their properties. Like a lot of writers, I’m curious about everything. At times it feels like an affliction, but my antidote is to buy books on whatever subject I’m interested in. Which is why I still have a shelf full of field guides on weeds, flowers, trees, herbs, etc. More than once, I returned to those shelves while writing about my witch who practices nature-based magic.

My most recent interest is the wine. I’m not nearly as proficient in my merlots, cabernets, and pinot noirs as I am at identifying flora and fauna, but I find I enjoy collecting the specimens for study a great deal more. In a glass. With a soft cheese on the side. A good sommelier can sort out the individual aromas of a wine—florals, berries, a bit of tobacco, a hint of chocolate, cherry, or vanilla. I’m still (and probably always will be) at the, “Oh, that’s good. I’ll have more of that,” stage.

Writers are fortunate to have stories to deposit the results of a lifetime of curiosity in. For me, the writing process is a bit like spell casting over a cauldron, figuring out if I should use a drop of this information or a pinch of that odd fact to conjure a scene. In the end just toss it in the pot. You never know what the odd combination might result in.

Luanne G. Smith lives in Colorado at the base of the beautiful Rocky Mountains, where she enjoys hiking, gardening, and a glass of good wine at the end of the day. The Vine Witch is her debut novel. For more information, visit www.luannegsmith.com.