Ginn Hale is joining us today to talk about her novel Master of Restless Shadows. Here’s the publisher’s description:

Freshly graduated Master Physician Narsi Lif-Tahm has left his home in Anacleto and journeyed to the imposing royal capitol of Cieloalta intent upon keeping the youthful oath he made to a troubled writer. But in the decade since Narsi gave his pledge, Atreau Vediya, has grown from an anonymous delinquent to a man renowned for penning bawdy operas and engaging in scandalous affairs.

What Narsi―and most of the larger world―cannot know is the secret role Atreau plays as spymaster for the Duke of Rauma.

After the Cadeleonian royal bishop launches an unprovoked attack against the witches in neighboring Labara, Atreau will require every resource he can lay his hands upon to avert a war. A physician is exactly what he needs. But with a relentless assassin hunting the city and ancient magic waking, Atreau fears that his actions could cost more than his own honor. The price of peace could be his friends’ lives 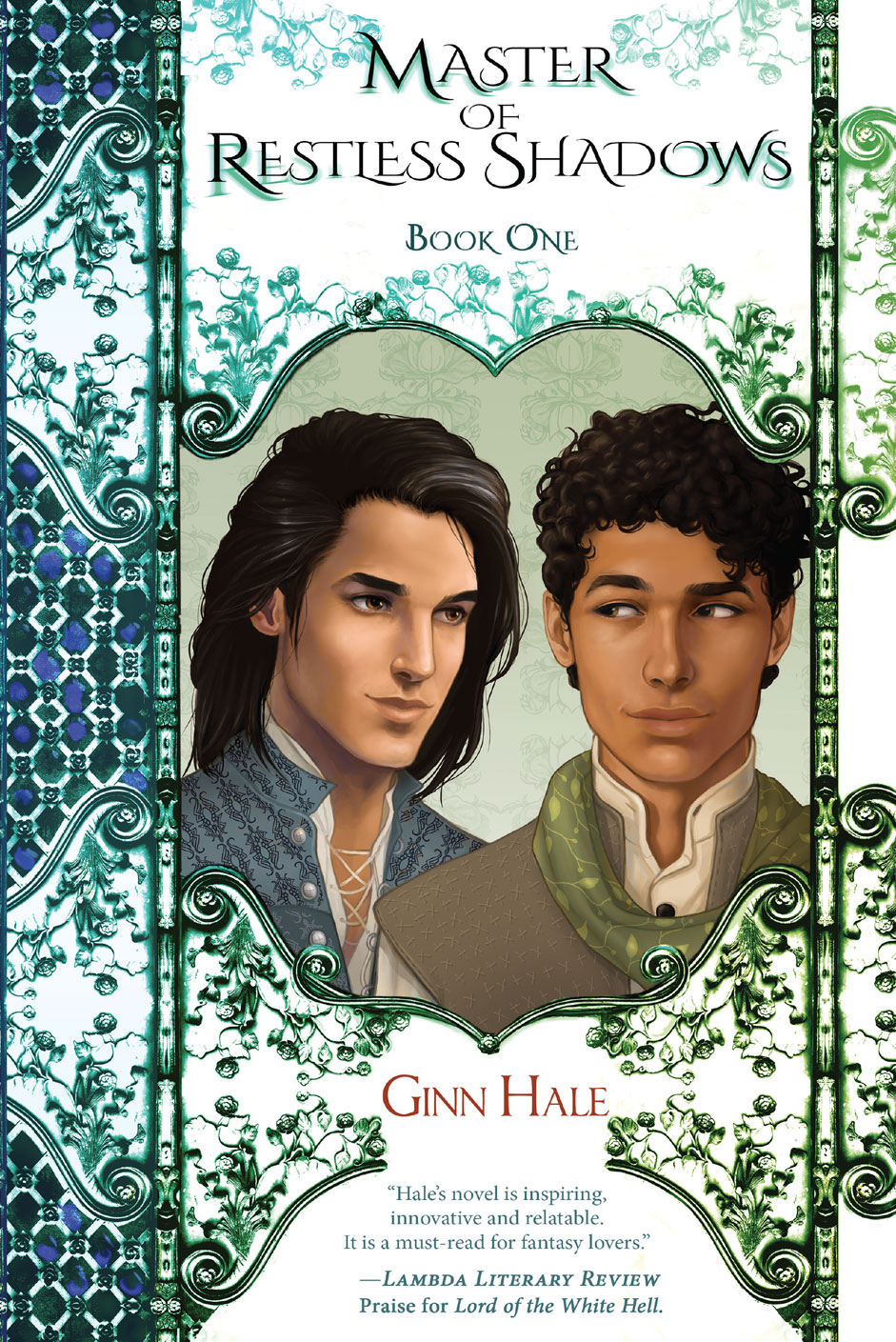 Like most authors and readers I’m exceedingly fond of books.  For me, there’s just something magical about the experience of encountering strings of words and having them come to life in my mind as images, sounds, sensations and new ideas.   It’s not hard to understand why there are so many stories that revolve around people literally entering the worlds of books, from Michael Ende’s The Never Ending Story to Jasper Fforde’s The Eyre Affair. The love of escaping into a story seems nearly universal.

So when it came to writing my own Cadeleonians fantasy series (Lord of the White Hell, Champion of the Scarlet Wolf and Master of Restless Shadows) it seemed natural and fun to invent various publications within the world. Of course some of the books also served as little pieces of exposition. In Champion of the Scarlet Wolf when the swordsman, Elezar flees to the northlands of Labara he takes a history book with him, which informs him—and by extension readers— about the wilds and witches that he’ll encounter. But most other books appear for less functional reasons.

For example, in Lord of the White Hell the bookshelf belonging to youthful engineering prodigy Kiram reveals his private, romanticized longing for adventure and travel. But there’s also a joke hidden in the titles.  Among the Untamed Men of Mirogoth, foreshadows the fact that Kiram will eventually spend five years in those wilds, battling to survive arctic storms and mordwolves.

(Poor Kiram, he probably would have been better served by reading Elezar’s dry history tome but if he had he might just have stayed home instead of going out into the world, destroying a curse, finding love and inventing a steam engine.)

But with the final installment, Master of Restless Shadows, I had the opportunity to do something entirely new.

Much of the story is told from the point of view of author and spymaster Atreau. As a side character in the Lord of the White Hell and Champion of the Scarlet Wolf we’ve seen him writing plays and poems and publishing scandalous memoirs. So in effect he’s created alternate, in-world versions of the previous books in my fantasy series.

This means that other characters in the world—the physician Narsi, in particular— can have read versions of the previous books in a series that they are now becoming part of. Just like a reader of the series, Narsi can pull out his weathered volume of a previous book and look up some detail which makes for a rather different take on the ‘story within a story’ trope.

Though obviously Atreau—or perhaps his publishers—have chosen slightly different titles than I did. His books are called In the Company of the Lord of the White Hell and Five Hundred Nights in the Court of the Scarlet Wolf. And, being Atreau, he’s included much more sex and existential poetry in his versions. Though he’s glossed over any mention of how poorly a diet of cabbage stew sat with him at boarding school as it would hardly be in keeping with his image as a charming rogue. He’d be mortified if he knew how much my books reveal about him. Not least because I’ve blown his cover by depicting him as the spymaster that he is, showing him recruiting agents and taking on assassins instead of spending all day lounging around drunk and naked—as he always portrays himself.

Privately envisioning Atreau’s disapproval of my versions of his books never fails to crack me up.  It’s got to be my personal favorite part of Master of Restless Shadows. Never mind all the plots for control of the nation, magic and assassins—it’s Atreau taking offense at how I’ve written it all down that’s my favorite bit.

Ginn Hale lives with her lovely wife in the Pacific Northwest. She spends the many cloudy days observing plants and fungi. She whiles away the rainy evenings writing fantasy and science-fiction featuring LGBTQ+ protagonists. Her first novel, Wicked Gentlemen, won the Spectrum Award for best novel. She is also a Lambda Literary Award finalist and Rainbow Award winner.

Her most recent publications include the Lord of the White Hell, Champion of the Scarlet Wolf and The Rifter Trilogy: The Shattered Gates, The Holy Road, His Sacred Bones.