Laura Lam is joining us today with Goldilocks. Here’s the publisher’s description:

A gripping science fiction thriller where five women task themselves with ensuring the survival of the human race; perfect for readers of The Martian, The Power, and Station Eleven.

Despite increasing restrictions on the freedoms of women on Earth, Valerie Black is spearheading the first all-female mission to a planet in the Goldilocks Zone, where conditions are just right for human habitation.

It’s humanity’s last hope for survival, and Naomi, Valerie’s surrogate daughter and the ship’s botanist, has been waiting her whole life for an opportunity like this – to step out of Valerie’s shadow and really make a difference.

But when things start going wrong on the ship, Naomi begins to suspect that someone on board is concealing a terrible secret – and realizes time for life on Earth may be running out faster than they feared . . . 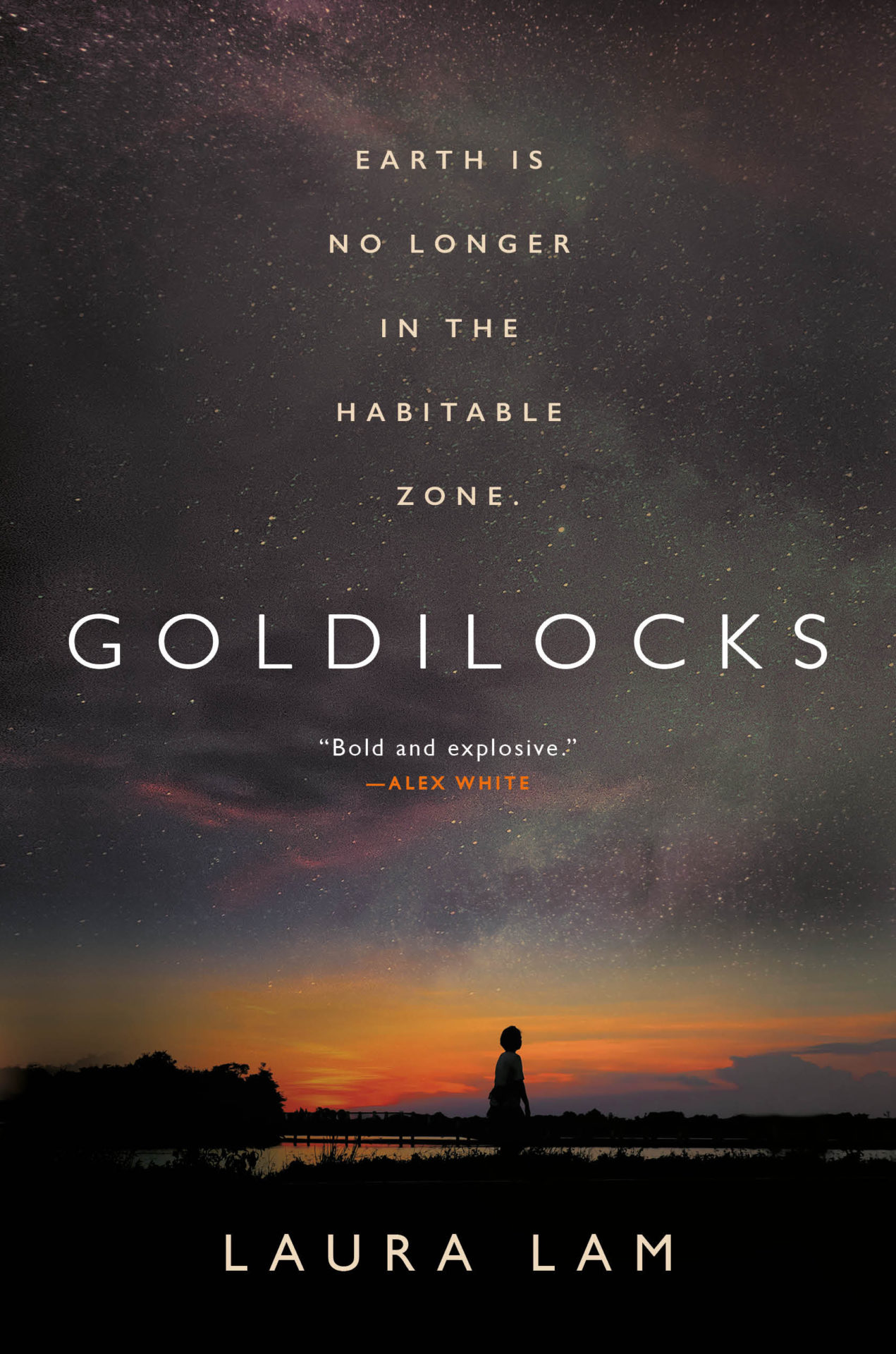 On the day we were meant to have the first all-female space walk, March 29th, I wrote chapter three of Goldilocks in righteous annoyance. It’s one of my favourite bits of the book.

Chapter 3 is just after 5 women have stolen the spaceship that was meant to be theirs before they were kicked off my mission to be replaced by men. The brand new shiny spaceship is still bolted onto the construction hub, and so two women have to go out on a spacewalk to manually release it so they can take off. This was something no one on the ground thought through, and a little loophole Valerie Black, captain of the mission, built into the design in case they pulled something like this.

To write it, I listened to the Houston We Have a Podcast episode on space walks, which was very illuminating. I did some other googling, a few astronaut memoirs mention what space walks are like, and I also watched a few NASA streams of them too. I didn’t go into the minutiae of the NASA acronyms and such, though I used a few. I tried to keep the chapter pacy and full of tension but also give a sense of scope and what was at risk if the Atalanta 5, as they’d come to be called, didn’t achieve their mission.

Here’s a wee excerpt from that chapter:

“Earth spread below them, sunset deepening back to night. They were over Asia – there was the little finger of Japan and Korea, the sprawl of China. Shocks of light from Tokyo, Beijing, Seoul. The cities were bigger, buildings for accommodation and business, but also vertical farms. Sea walls protected the changed coastline as best they could, and more walls bisected landmasses in a futile attempt to stop the next wave of climate change refugees who had nowhere else to go. So many millions of people far below them. If the Atalanta didn’t make it, all those lights would darken.

Naomi braced herself, using a rail as a foothold so the torque wouldn’t twist her around with the wrench. Each connection had a dozen smaller bolts in turn, and each took at least a hundred turns to loosen. They pocketed each bolt in an empty container so they wouldn’t be floating within the vicinity of the craft when they left. Before long, her hands hurt despite the padding of the gloves. Sunset brought back the night and she cooled again despite the suit’s protection. She adjusted the temperature of her suit, using the mirrors at her wrists to read the backward-printed controls. Her elbow joints grew stiff.”

I’d been so excited to tune into that space walk at the end of March—it was making history! And then when they didn’t have two suits that would fit them, since men usually wore large, it was disappointing. I’d been looking forward to it for weeks. So, writing this chapter in a corner of a coffee shop (remember when we could go to coffee shops? I miss them so much) was cathartic. I was able to imagine women up there, doing their job. From researching this book, I know I unequivocally do not have the right stuff, so writing about it is as close to space as I’ll ever get.

We did end up getting our all-female space walk in October. I had just finished the book by then. I watched the space walk on the train, heading down to London for an event. Though it kept buffering due to a poor connection, I slyly wiped my eyes and hoped no one saw me crying. So many women in the history of spaceflight aren’t as well known as they should be, and it’s nice to see contemporary astronauts getting the visibility they so deserve.

Everything has changed the last few months, with some of the astronauts who went up to the ISS returning to a world that’s very different. This is definitely not how I expected my book launch to go, and it’s hard not to mourn what it could have been in the alternate 2020 timeline. I still really loved writing about these women in space and imagining what it must be like up there among the stars.

Originally from sunny California, Laura Lam now lives in cloudy Scotland. She is the author of the feminist space opera Seven Devils (co-written with Elizabeth May), BBC Radio 2 Book Club section False Hearts, the companion novel Shattered Minds, and the award-winning Micah Grey series: Pantomime, Shadowplay, and Masquerade. Her short fiction and essays have appeared in anthologies such as Nasty Women, Solaris Rising 3, Cranky Ladies of History, Scotland in Space, and more. Her romance alter ego is Laura Ambrose. She lectures part-time at Edinburgh Napier University on the Creative Writing MA.