On Sunday, my novel The Calculating Stars won the Hugo award for best novel. I have been told that this is only the 17th book to win the Nebula, Locus, and Hugo awards. I had to sit down for a bit when I realized that.

I was so fortunate to be nominated in a year when the finalists were all amazing. I was rooting for every one of them because the books were solid and the writers are delightful people. I encourage you to pick up one of the other finalists for your next read. They are all worthy of a Hugo.

Thank you all for sharing this nomination with me and being wonderful, supportive people.

Here’s the text of my speech, although there was some ad-libbing at the beginning because Dr. Jeannette Epps, who is an actual lady astronaut, was the presenter for my category and handed me the award. I was a little overwhelmed and don’t actually remember what I said except that I was a wee bit excited.

There are so many people to thank, that I won’t be able to thank them all in the detail that they deserve. I know how many words that takes because the acknowledgments of my books are looooooong. But I do want to recognize Alyshondra Meacham, Liz Gorinsky, Seth Fishman, Robert Kowal, Mom and Dad, my niece Katherine Harrison who is here with me tonight, Andrew Twiss (my amazing audio engineer), Kjell Lindgren and Cady Coleman (who are actual astronauts), Chanie Beckman, Sheyna Gifford, Derek Benkoski, Stephen Grenade and all my beta readers. Writing Excuses gang.

One of the things that I do when I start writing is that I look in history for the women, People of color, LGBTQ, people with disabilities…  I assume that they were present and erased from the narrative. These are stories that aren’t told and are often more interesting than the ones that have been focused on over the years. 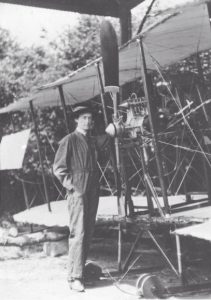 She’s amazing. I’d never heard of her. And I’d be willing to bet that most of the people in this room have never heard her name.

I try to bring the people who were actually there back into focus.

Calculating Stars led me to the FLATS. The First Lady Astronaut Trainees also known as the Mercury 13. These were women who went through the same testing as the Mercury astronauts and in most cases scored better than the men. The program was started by Dr. Lovelace, who was interested in women in space because if we were going to have a long term presence in space, we would need…secretaries and receptionists.

We are so much more. We are pilots and scientists and writers and authors and astronauts.

And everyone who has been pushed to the margins.

I promise you that I know you were there. I know you still are. I see you. I promise that you will have a place in my fiction and in my life.

(And I just want to say that receptionists and secretaries rule the world, and I realized afterward that my “No” could be read to put those jobs down, when what I meant was that relegating us to a tiny box was objectionable.)

After the ceremony, I took some of the new Hugo recipients with me to the convention bar so we could let the people who voted for us see the Hugos and hold them. I learned to do this from Jay Lake and John Scalzi when I won the Campbell award. It is a joyful evening because they are as happy for you as you are.

May I tell you a thing about my gown? It was designed by Tadashi Shoji, who had a collection that was all space themed. This dress is called the “Whitson” and named after Peggy Whitson, the American astronaut who holds the record for the most number of days. So this is a literal lady astronaut dress. Also, it’s made of knit and basically feels like wearing a nightgown with sequins.

I need to thank Sarah and Colleen who helped me with the hem after I got here!

There are so many people that I need to thank that I could write about the people who supported me for days. I told you my acknowledgments are long. So thank you. Thank you all.