Jeremy Finley is joining us today with his novel The Darkest Time of Night. Here’s the publisher’s description:

“The lights took him.”

When the seven-year-old grandson of U.S. Senator vanishes in the woods behind his home, the only witness is his older brother who whispers, “The lights took him,” and then never speaks again.

As the FBI and National Guard launch a massive search, the boys’ grandmother Lynn Roseworth fears only she knows the truth. But coming forward would ruin her family and her husband’s political career.

In the late 1960s, before she became the quiet wife of a politician, Lynn was a secretary in the astronomy department at the University of Illinois. It was there where she began taking mysterious messages for one of the professors; messages from people desperate to find their missing loved ones who vanished into beams of light.

Determined to find her beloved grandson and expose the truth, she must return to the work she once abandoned to unravel the existence of a place long forgotten by the world. It is there, buried deep beneath the bitter snow and the absent memories of its inhabitants, where her grandson may finally be found.

But there are forces that wish to silence her. And Lynn will find how far they will go to stop her, and how the truth about her own forgotten childhood could reveal the greatest mystery of all time.

The Darkest Time of Night is a fast-paced debut full of suspense and government cover-ups, perfect for thriller and supernatural fans alike. 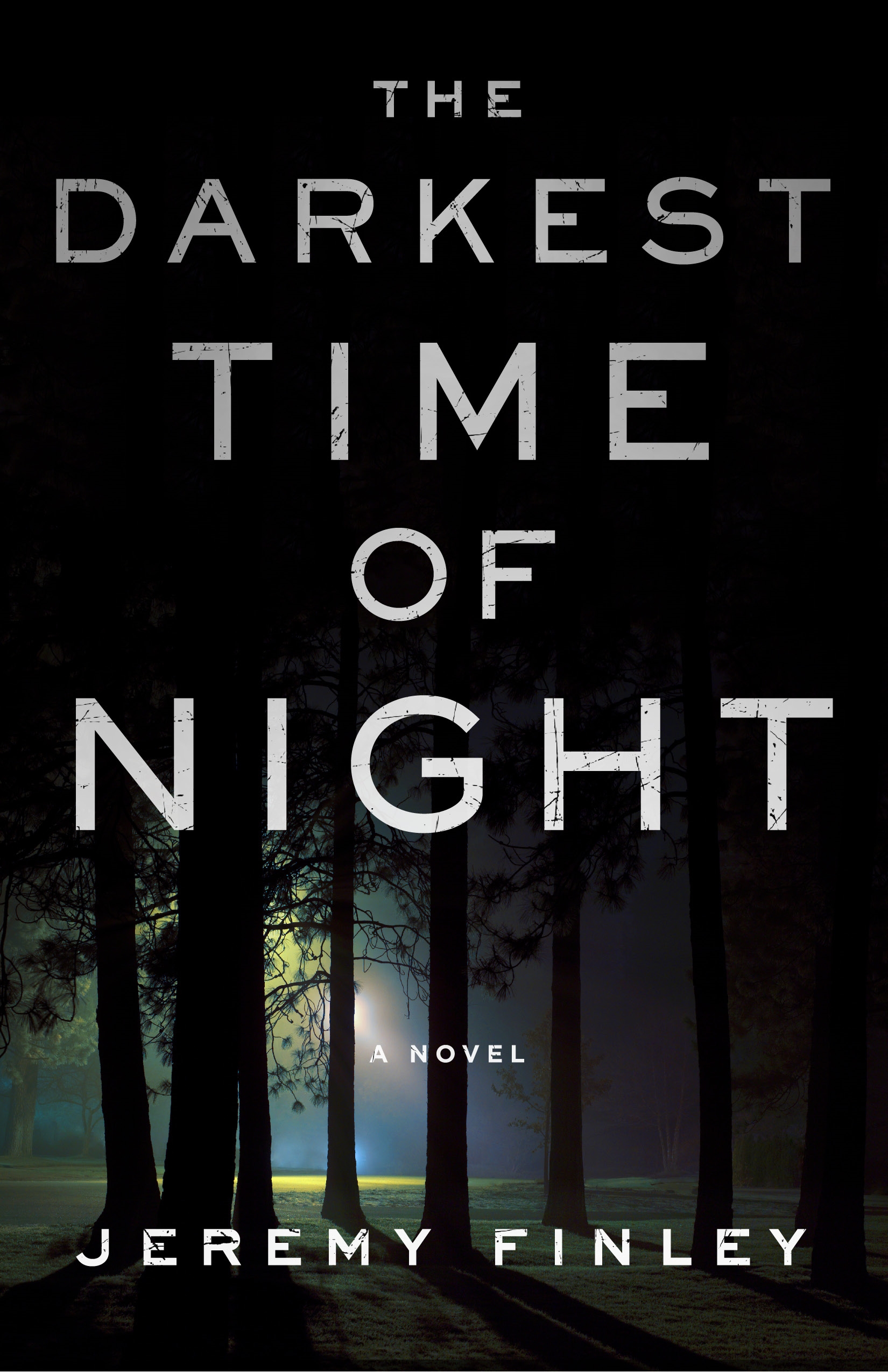 I wrote it, so it shouldn’t give me chills.

I’m severely critical of my own work. Blame it on a career in broadcast journalism where there’s always a critic waiting, ready to pounce in a Facebook comment about the way you pronounced “nuclear” or that your haircut is too short for a guy with your ears.

It raises the hair on my arms — not because it’s comprised of two sentences that will one day be debated and analyzed in AP English classes — but rather because it comes from a father writing a letter about his beloved daughter. I am completely wrapped up with my own two girls, and I could watch military fathers surprising their daughters on a loop 24 hours a day, seven days a week, and never grow weary of it.

It’s a quote of a father’s fear.

So here it is:

“I wish I could go back to the beliefs I had before this, where the only purpose of the stars was to bring us light in the dark. Now I cannot look too long into the heavens for fear of what I might see.”

The quote serves several purposes in my upcoming novel, The Darkest Time of Night. I won’t spoil what it means or what he is referring to. But it is a significant development in the book, one that changes everything for Lynn, the man’s now grown daughter.

It was a tough section to write for a couple of reasons. Not only because of what it means for Lynn, but that it encapsulates her father’s fears that she was never aware of.

Fathers always want to protect their daughters. It’s what we do. We joke about getting shotguns when they turn sixteen. When my youngest, my true daddy’s girl, went to kindergarten, I hid outside the gym so I could make sure she had stopped crying. After a week of this, one of the teachers said it wasn’t helping because my daughter could see me peering around the door.

It’s a feeling that is both joyous and terrible, when you love someone so much that you feel physical pain when they are hurt or sad. My oldest daughter, who bravely lives with a deadly peanut allergy, gets that flicker of fear in her eyes when our food arrives at a restaurant. She overcomes that doubt, only after my wife and I remind her that we’ve checked with the kitchen and all is well. But secretly, I want to sneak into the kitchen and do a full-on inspection for any trace of a peanut.

That is what the quote is truly about. What happened, what prompted this father to write it, was born from fears for his daughter.

I mentioned that the quote was difficult to write for two reasons. The other is that it truly, in two sentences, hints of the plot of the story. Who doesn’t love the night sky, whether it is a brilliant winter evening with your breath lifting into the air, or a steamy summer darkening, with crickets in the grass and preening stars?

The characters in my novel learn, however, that the sky is black for a reason, and there is much hidden there in the dark.

JEREMY FINLEY is the chief investigative reporter for WSMV-TV, the NBC-affiliated station in Nashville. Jeremy Finley’s investigative reporting has resulted in some of the highest honors in journalism, including more than a dozen Emmys, Edward R. Murrow awards and a national certificate from Investigative Reporters and Editors. He lives with his wife and daughters in Nashville, TN. The Darkest Time of Night is his first novel.

1 thought on “My Favorite Bit: Jeremy Finley talks about THE DARKEST TIME OF NIGHT”