Anne Charnock is joining us today with her novel Bridge 108. Here’s the publisher’s description:

Late in the twenty-first century, drought and wildfires prompt an exodus from southern Europe. When twelve-year-old Caleb is separated from his mother during their trek north, he soon falls prey to traffickers. Enslaved in an enclave outside Manchester, the resourceful and determined Caleb never loses hope of bettering himself.

After Caleb is befriended by a fellow victim of trafficking, another road opens. Hiding in the woodlands by day, guided by the stars at night, he begins a new journey—to escape to a better life, to meet someone he can trust, and to find his family. For Caleb, only one thing is certain: making his way in the world will be far more difficult than his mother imagined.

Told through multiple voices and set against the backdrop of a haunting and frighteningly believable future, Bridge 108 charts the passage of a young boy into adulthood amid oppressive circumstances that are increasingly relevant to our present day. 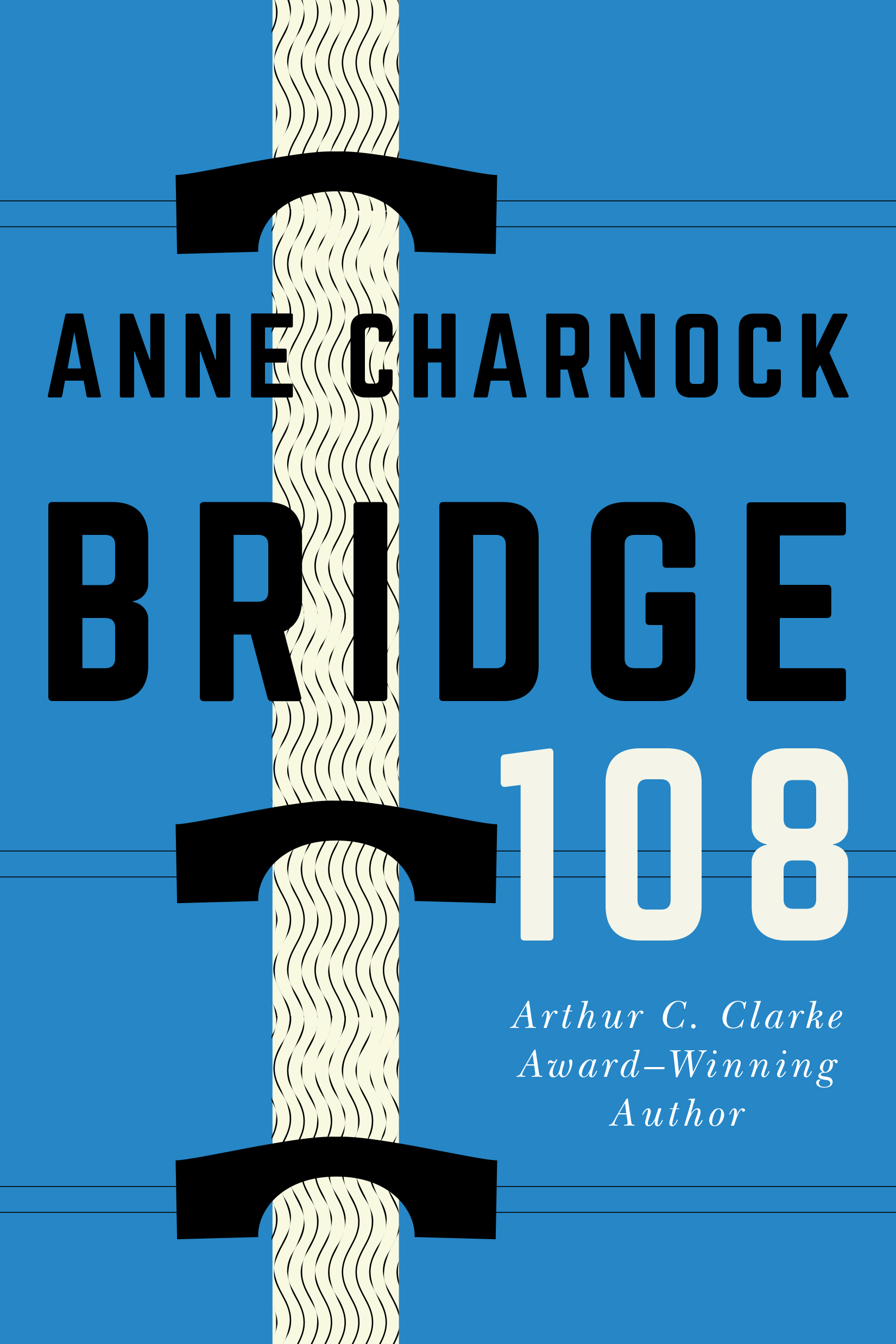 Odd as it may seem for a science fiction writer, I’d written three novels before I turned my mind to writing a truly villainous character. Readers of my first three novels had occasionally described one or two of my characters as despicable or heartless. But I must admit that I felt surprised that readers reacted so strongly. The more unpleasant characters in those novels, as I saw them, revealed distinctly unlikeable traits, but they always exhibited a redeeming quality. In other words, just like real people. I suppose I’m a little bit in love with them, even when their flaws are in plain sight.

But with Bridge 108, my fourth novel, the subject matter is so dark—young climate migrants being trafficked into servitude—that I knew I’d be creating multiple characters who are offensive and downright villainous. They display an exploitative and careless attitude to other people, young and old alike. As it turned out, creating these repugnant people became my favourite bit of Bridge 108.

The novel is structured with six point-of-view characters, and I soon realised during the drafting process that I most looked forward to writing in the voice of the villains — the principal villain being Jaspar, the head a recycling clan, who presses trafficked migrants into forced labour at his recycling yard and in spin-off operations. He deals with a trafficker, Skylark, who is constantly on the look-out for young unaccompanied migrants, such as twelve-year-old Caleb, who are easier to manipulate and control. Jaspar farms out Caleb to help his sister-in-law, Ma Lexie, in her upcycled fashion business operating from  a makeshift workshop on the top of her housing block. Both Skylark and Ma Lexie are full players in a cycle of misery, though they each seek a way-out.

Though Jaspar is a seriously wicked man, I still wanted him to more than that, to give the reader a glimpse of what he might have been in vastly different circumstances. Indeed, Jaspar has redeeming qualities if you look closely. He can be seen as both victim and persecutor like several other characters in Bridge 108. He’s in survival mode too and though his actions are unforgivable, in his own mind he is providing as best he can for his large extended family in a world that treats them as disposable.

I’m aware I sound as though I’m making excuses for his abhorrent behaviour, but I’m not. As the writer, I’m simply seeing the world through his eyes. He is distressed over the violent death of his younger brother and he makes sure his brother’s widow, Ma Lexie, stays protected within the clan. Inevitably, Jaspar’s acts of extreme violence nullify any sympathy the reader might have felt for his predicament.

What surprised me most was my willingness to push Jaspar to mete out punishments and commit evermore gruesome acts of senseless violence. So my favourite bit in Bridge 108 has probably altered me as a writer.

Anne Charnock is the author of Arthur C. Clarke Award-winning Dreams Before the Start of Time. Her debut novel, A Calculated Life, was shortlisted for the Kitschies and Philip K. Dick Awards. Sleeping Embers of an Ordinary Mind was included in The Guardian’s Best SFF novels of 2015.

Anne began her writing career in journalism and her articles appeared in The Guardian, Financial Times and International Herald Tribune, among others. She lives on the Isle of Bute in Scotland.