Emma Newman is joining us today with her novel Planetfall. Here’s the publisher’s description:

From Emma Newman, the award-nominated author of Between Two Thorns, comes a novel of how one secret withheld to protect humanity’s future might be its undoing…

Renata Ghali believed in Lee Suh-Mi’s vision of a world far beyond Earth, calling to humanity. A planet promising to reveal the truth about our place in the cosmos, untainted by overpopulation, pollution, and war. Ren believed in that vision enough to give up everything to follow Suh-Mi into the unknown.

More than twenty-two years have passed since Ren and the rest of the faithful braved the starry abyss and established a colony at the base of an enigmatic alien structure where Suh-Mi has since resided, alone. All that time, Ren has worked hard as the colony’s 3-D printer engineer, creating the tools necessary for human survival in an alien environment, and harboring a devastating secret.

Ren continues to perpetuate the lie forming the foundation of the colony for the good of her fellow colonists, despite the personal cost. Then a stranger appears, far too young to have been part of the first planetfall, a man who bears a remarkable resemblance to Suh-Mi.

The truth Ren has concealed since planetfall can no longer be hidden. And its revelation might tear the colony apart… 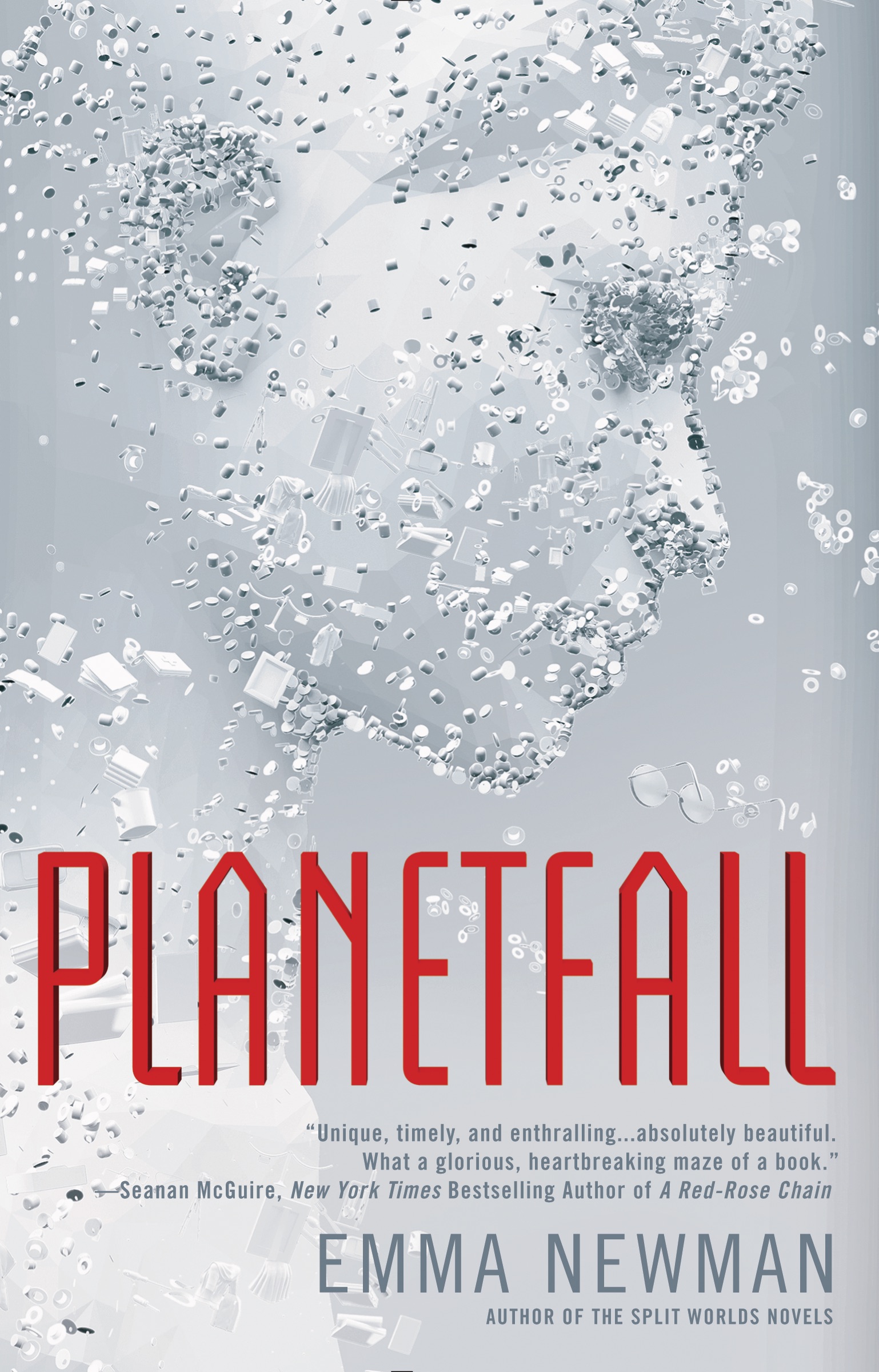 All novels require world building, even if you’re writing a contemporary novel set in the real world with average people, you still have to construct their lives and embed the reader into them. When you write in SFF, world building goes to a whole new level and it’s one of the things I love most about writing it. My previous series (The Split Worlds) involved Fae and sorcerous magic and three different slices of reality, each with their own rules and characteristics.

My latest novel, Planetfall, is science-fiction and needed a whole set of new world building, both for the colony established on a distant planet in which the novel is set and also for the Earth left behind. As the novel centres on Ren, the 3-D printer engineer for the colony, I also needed to root the reader in a sense of her, her ability and the technology as early as possible.

The first chapter contains a memory of a conversation she had back on Earth with her mother. It’s in Ren’s old lab and her mother has come to visit. Ren has started a print so she can show her mother what she’s working on, and is hoping to impress her.

What I’m going to do now is share a snippet of this conversation and then break down what I hope it conveys in terms of world building and introducing the main character.

She went up to the plasglass and peered through, seeing nothing but a few millimeters of tissue. She turned to me with her nose slightly wrinkled. “What is it printing?”

“Oh.” She’d hoped I was making something she could hang up in the hallway of her inert home. “I didn’t realise you were involved in this sort of thing. I’ve seen it on the news.”

And that was the moment I knew I’d been stupid to hope for anything. “The gene therapy isn’t working out for him. There’s an unusual base pair sequence in the-”

“Renata,” she holds up her hand. “You know I don’t understand this kind of thing.” The hand lowers to rest over her heart. “I’m an artist.”

I wanted to say that my colleague had called me that when he saw the final model I’d compiled for the print. I wanted to ask her why she wasn’t even the tiniest bit worried about Dad’s cancer. They were married once, surely an echo of something remained? But all I said was “I’m making him a new pancreas with cells cultured from a cheek swab and it’s actually fucking cool. I’m going to save his life. And thousands of other people who can’t-”

“How can it be wrong to save a life?”

“Where does it stop? Making a person? Making copies?”

“Actually, they’ve already locked down the ethics on that, after the guy over at Princeton-”

“It’s going too far, all this science. Where’s the beauty? Where is God in all of this?”

At the start, the information about what is in the printer is designed to inform the reader that this is a world in which 3-D printing technology has advanced beyond what we have today. People are trying to develop this now, with some early successes, but by some estimates we’re still about twenty years away from being able to print a fully functional replacement organ. What I wanted to show here is that in Ren’s world, this memory of her past is definitely set in our future (or at least one I hope will come to pass!) in which cancer can be treated by techniques that are being researched now, and that printing organs has also advanced significantly too.

On a character level, it shows that Ren is skilled in these areas, but more than that; she has developed a solution to her father’s problem. She’s an engineer, a natural problem-solver. Her defence shows she is willing to stand up for her work but also hints that it is cutting edge.

Her mother’s reaction to it is about as far away from what my own would be in the same circumstances! She shuts down Ren’s enthusiastic explanation, bringing the conversation topic squarely back to her. I wanted this to show the poor communication and relationship between the two of them, the self-centredness of the mother and the gulf between their world-views. In the rest of this snippet, she fires off concerns about what her daughter is doing which are the over-simplified, scare-mongering headline content propagated by the press. I wanted to show the average knee-jerk reaction to new tech and the fact it hasn’t changed – nor the people who voice those kinds of concerns without looking into the issue themselves. When Ren reassures her that one of her worries is no longer relevant, her mother talks over her again, unwilling to listen to a reasonable voice. Her mother changes tack, attacking Ren’s work with more spiritual concerns. Ren’s response to this shows that she is a woman of faith, and that faith sits very comfortably alongside her scientific work. Considering the plot of Planetfall, this is a critical piece of information!

The efficiency of dialogue

What I hoped to do here is show how a slice of conversation between two characters can convey a lot of information about both the people involved and the world. Of course, if the dialogue falls too much into “well John, as you know, the super-light-emitting-oojamaflip was only approved last summer so we haven’t tested it yet and anything could happen when I press this button” it causes its own problems! Getting the balance between introducing factual information, plot critical information, character details and general world building is tricky, but I hope these thoughts about what I tried to achieve in this scene snippet might be of interest to any fellow writers – and potential Planetfall readers too!

Emma Newman writes dark short stories and science fiction and urban fantasy novels. ‘Between Two Thorns’, the first book in Emma’s Split Worlds urban fantasy series, was shortlisted for the BFS Best Novel and Best Newcomer awards. Emma’s next book, Planetfall, will be a standalone science fiction novel published by Roc in November. Emma is a professional audiobook narrator and also co-writes and hosts the Hugo-nominated podcast ‘Tea and Jeopardy’ which involves tea, cake, mild peril and singing chickens. Her hobbies include dressmaking and playing RPGs. She blogs at www.enewman.co.uk and can be found on Twitter as @emapocalyptic .